Co-accused of Bushiri is given a second chance at bail based on "fresh evidence."

By OctoberThe25 (self media writer) | 1 year ago 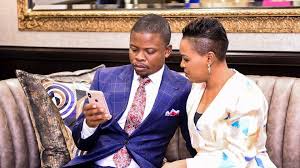 Mudolo appeared in court on Tuesday with his wife Zethu Mudolo and another co-accused, Landiwe Ntlokwana, who owns an investment firm and a property development business.

Mudolo filed a new bail application based on what he said were new evidence, according to NPA spokesperson Sipho Ngwema. On Tuesday, May 11th, the application will be heard.-Times Live news

Aside from the new bail application, Ngwema stated that the case has been rescheduled for June 22 to allow for further investigation.

He explained that because the state had received a Mutual Legal Assistance letter, the information needed to be checked and followed up on. - Sowetan

He explained that because the state had received a Mutual Legal Assistance letter, the information needed to be checked and followed up on.

The Bushiris left SA for Malawi a week after being released on R200,000 bail by a Pretoria magistrate's court, each subject to strict conditions. Bushiri stated on Facebook shortly after leaving that they had left the country for their safety.

Boity and her man leave their fans gushing over them in recent picture.