Sex workers forced to Do This In Tshwane- THIS HAPPENED

Sex workers forced to pay tax with their bodies 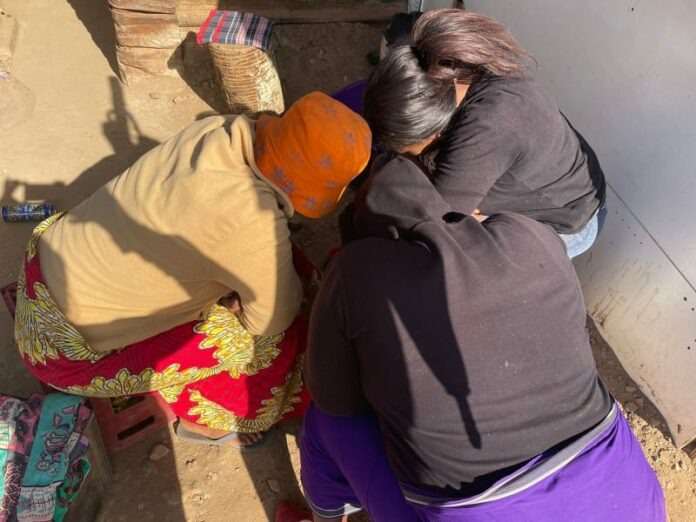 Sex workers in Plastic View, Tshwane, say they are forced to provide free sex and pay protection money – or risk being put out of business.

The sex workers claim some community commitee leaders demand sex and money from the vulnerable sex workers who are mostly Zimbabwe and Lesotho nationals.

A sex worker who identified herself as Nurse Fulfill said in 2021 they were not allowed to work in the squatter camp and operated from the bushes.

“It was dangerous because we were mugged and assaulted,” she said.

She said when one of the community leaders who always called the police died, some leaders invited them to work in the squatter camp.

“It was such a relief because nobody robbed us anymore and we were finally safe,” Nurse said.

“But our relief was short-lived.”

She told Scrolla.Africa the leaders came to them and reminded them of their previous work environment.

“They said we must show them that we appreciated what they did. When we thanked them it wasn’t enough. They demanded sex,” said Nurse.

Another sex worker who identified herself as Sister said when they have problems with clients the leaders demand money before they listen to their problems.

“When you meet them on the streets they want a cold drink,” she said.

Sister said they are grateful that they are in a safe environment but they are losing money.

“We have families to take care of in our home countries. When you’re a sex worker you have to look good and spend money on cosmetics and clothes. We end up neglecting our looks because a lot of money goes to these leaders,” she said.

Community leader, Joseph Mhlanga said the sex workers must report the leaders who are extorting money and sex from them.

He said most don’t report because they had agreements with certain people when they came to operate in the squatter camp.

“We didn’t want sex workers because their business is illegal and they are always embroiled in fights but some leaders made an agreement with them and suddenly we saw them operating in broad daylight inside the squatter camp,” Mhlanga said.

“However we don’t condone the abuse they are subjected to. I encourage them to come forward and tell us the names of the people who extort money and sex from them.”