Nomia Rosemary Ndlovu, a former police officer suspected of murdering her lover, sister, cousin, niece, and two nephews in order to cash in on life and funeral insurance policies, was found guilty of all six murders on Friday. 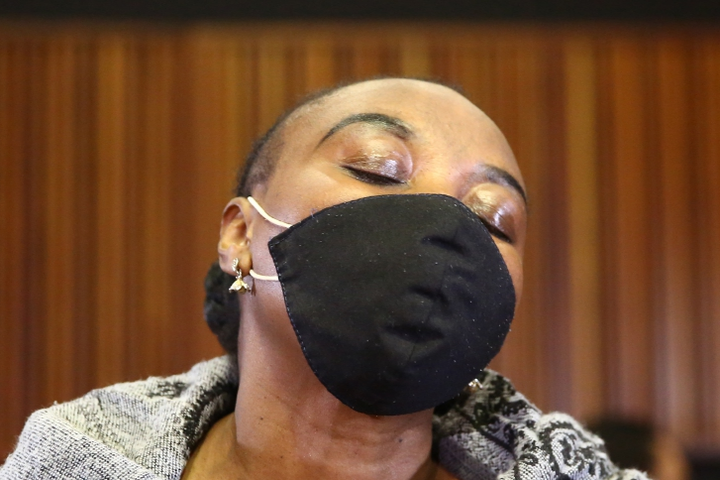 After a three-month trial that made national news, Ndlovu was found guilty by judge Ramarumo Monama in the high court in Palm Ridge.

The 46-year-old ex-policewoman, who worked at the Thembisa south police station, had pleaded not guilty to a number of accusations against her, including murder, attempted murder, and murder conspiracy.

She was also found guilty on Friday of the attempted murder of her mother Maria Mushwana, as well as of perverting the course of justice and defrauding the insurance firms Clientele, 1-life, Old Mutual, and Assupol.

The court determined that the state had not established its case beyond a reasonable doubt on the conspiracy charge. This count has been completed.

Ndlovu's "killing for cash" rampage came to an end in March 2018 when the man she paid to murder her sister Joyce and Joyce's five children handed himself in to the police. An undercover police officer was brought in under the pretence of assisting this would-be hitman, Njabulo Kunene, and his friend in eliminating Joyce and her family in a sting operation.

Ndlovu was recorded on a hidden device installed in the vehicle she and the three men were traveling in, outlining how she intended Joyce and her five children, the youngest of whom was only five months old, to be burned alive at their home during the undercover operation.

The three would-be hitmen were part of a group of more than 50 state witnesses who testified and gave details on how besides Joyce, Ndlovu had also wanted her mother, Maria Mushwana, and her cousin, Gladys, killed.

Kunene was buddies with the other two hired hitmen. He had met Ndlovu while working for the police department. She had arrested him for weapons possession several years before. Ndlovu befriended a woman named Cebisile, who turned out to be Kunene's cousin, several years later. In December 2017, Kunene and Ndlovu met at Cebisile's house, and Ndlovu immediately recruited him and requested him to assist her murder her relatives.

Ndlovu had no witnesses in her defense other than her mother, whereas the state had witnesses in the form of police officers who investigated the killings, cellphone records that placed Ndlovu in the company of most of her victims before their deaths, and documents from insurance companies showing how she strategically opened insurance policies against all of her victims while at times giving false information in the policy documents.

This proof was met with denials from Ndlovu. She contested practically every state witness' evidence, accusing them of lying or creating false information about her.