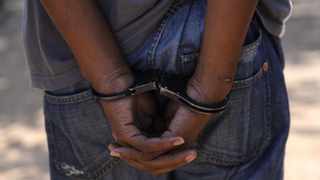 The High Court in Pretoria sentenced a 30-year-old serial rapist to seven life terms and 173 years’ imprisonment for rape, robbery with aggravating circumstances, kidnapping and grievous bodily harm on Friday the 21st of January.

The rapist, Takalani Mulaudzi who is from Tshafhasi in Nzhelele, started his crime spree back in 2015 in and around Pretoria West. He was only 23-years old at the time he started his criminal enterprise. During the said time, he targeted vulnerable women who were either walking alone or in pairs in the evenings and at night.

Mulaudzi developed a routine. He would threaten them with an object or a knife. There after he would then drag them to the closest veld or bushy area, rape them, take their cellphones, money, and laptops before abandoning them in unknown areas.

The court heard that Mulaudzi would engage in small talk with his victims while he violated them. One of the victims testified in court that Mulaudzi had told her that he was studying law, while he was raping her.

Another victim told the court that after her horrific ordeal with Mulaudzi, he professed his love for her and said that he regretted his actions against her.

Mulaudzi was arrested on the 10th of July in 2019 while he was at his workplace in Johannesburg. He was traced through one of the cellphones he had stolen, and linked to the rape incidents through his DNA.

Read This Verse In The Bible Before Church Tomorrow: