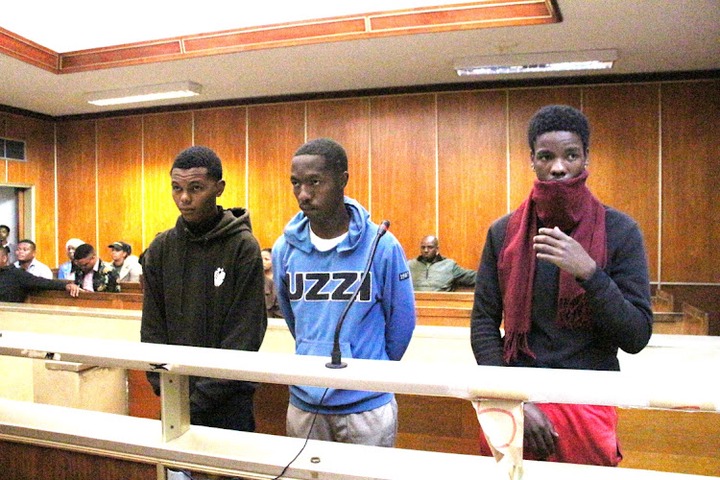 These men where arrested after SAPS detectives followed up on information which prompted the arrest of these men who are believed to have been involved in stealing from the deceased lifeless bodies. The accused where arrested on the 22nd of July, they were caught on CCTV cameras undressing some of the dead victims while they were dead. The 3 men might soon be joined by other accused on the doc.

A 16 year old boy was also caught in regard to crime that was committed at eNyobeni and later was released into the custody of his parents in terms of the child Justice Act, which says that the child may not be detained in police cells. The 3 men told the East London Magistrate court that they intend no to plead guilty when the matter goes to trial. The court said that they would not be in the interest of justice and their safety is not guaranteed due to the public up roar about the charges they are facing. "With all being said and done , this court is of the view therefore that it can never be said that it will be in the interest of Justice that the 3 applicants be released out on bail." The court also said that the bail application for Aphiwe Gautini, Sinobomi Tshitshi as well as Somelezo Tshali is here by denied or refused by the court. The investigators are looking for further suspects who are also seen in the CCTV footage stealing from the dead victims. The case is proposed to the 15th of September.