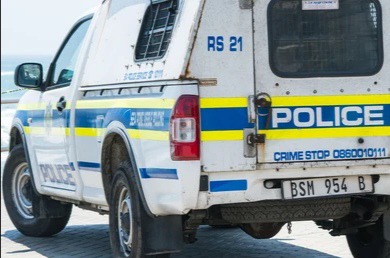 A disgraced Free State police captain in charge of a family and sexual offences unit was found guilty of a number of charges, including rape and sexual assault, but died before he could be sentenced.

Shadrack Lorole Motsoeneng was due to be sentenced on Monday after being convicted on 14 counts, according to the Independent Police Investigative Directorate (Ipid), but Ipid learned that he had been dead for some time.

"The suspect was scheduled to be sentenced on December 6, but Ipid learned that he died in a car accident." "The case has been closed because the suspect's death has been confirmed," said Ipid spokesperson Grace Langa.

In the year 2020, Motsoeneng assaulted his victims. He was discovered to have preyed on women who had come to the police station seeking assistance after being raped.

"She went to file a rape report against the perpetrator. "It is alleged that the suspect police officer took advantage of the situation and raped the teenage girl who was a rape victim and was in his office seeking assistance," Langa said.

"He is also accused of rapping another 11-year-old girl who was with the [teenager]," Langa said.

Motsoeneng had requested sexual favors, claiming that this would ensure that they received justice for the rape case that the complainant had filed.

Motsoeneng's reign of terror, however, did not come to an end there. He tracked down the 17-year-old girl's alleged rapist and made a deal with him.

Langa claims he told the alleged rapist that if he offered him his girlfriend for sexual intercourse, the rape case against him would be dropped.

The woman then filed a rape complaint against Motsoeneng.

Ipid discovered that this woman was not his only alleged victim when it began its investigation.

He was eventually charged with 14 counts of sexual offenses and tried for them. He was found guilty of sexual assault, rape, forgery, defeating the ends of justice, attempted extortion, and corruption, among other charges.