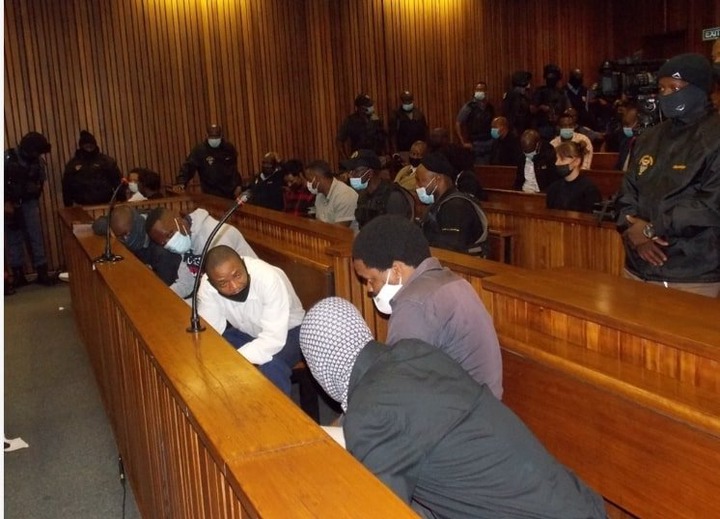 The death of Brigadier Philani Ndlovu, a crucial witness for the state in the Senzo Meyiwa trial, has occurred.

Ndlovu passed away on Wednesday, but the reason for his passing is still a mystery.

Brenda Muridili, a police spokesperson and brigadier, said that since Ndlovu was a former member of the South African Police Service, they are unable to make any formal statements about his passing.

Ndlovu was brought to the forefront of the investigation after being cited in the evidence presented by Sergeant Thabo Mosia, who was testifying on behalf of the state.

It turned out that Ndlovu was the first law enforcement official to arrive at the site after Senzo had been slain.

After the meeting that Teffo attended, he formed the hypothesis that Ndlovu was responsible for fabricating the evidence that was discovered at the murder site. He claimed that Ndlovu had interfered with the scene of the incident. Ndlovu was scheduled to take the stand as soon as the trial started back up before he passed away.

His passing happened only a few days after Teffo had sent a letter to the North Gauteng High Court in Tshwane, asking that the trial begin earlier than it was originally planned. He noted the fact that the witnesses for the defense of accused number one through four are getting grave threats against their lives from the police.

In the meantime, a meeting will take place the following week (17 May) between the defense, the state prosecutor, and the judge with the deputy judge president. This will take place in response to Teffo's letter, which requested that the trial resume earlier than the 30th of May, citing death threats on witnesses.

Advocate Zandile Mshololo, the lawyer for the fifth accused person, would not be present since she has said in the past that she is preoccupied with other issues until May 27.

Ex Cop Accused of Murder Back In Court.