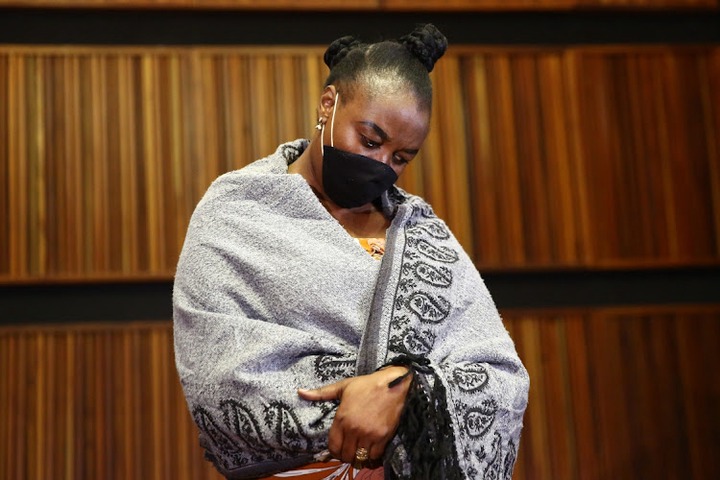 On the run, the co-accused in the murder of Rosemary Ndlovu!

Rosemary Nomia Ndlovu, a convicted murderer, had a short appearance in the Kempton Park Magistrates court on May 25. Her presence was scheduled for five minutes.

Ndlovu is being investigated for two different homicides.

In the first case, she is accused of plotting the assassination of two law enforcement officials who were looking into the string of slayings she was responsible for.

In the second case, Ndlovu is accused of conspiring with a police officer named Nomsa Mudau to try to kill Justice Mudau in the year 2018. At the time, Justice and Nomsa had just tied the knot.

In order to provide the accused with the opportunity to review the docket, the issues were postponed until Tuesday.

Nomsa did not show up for her court date, and it was later discovered that she had fled the jurisdiction.

There is a warrant out for her arrest at this time.

On April 20th, Ndlovu made her first public appearance.

She is accused of hatching a conspiracy to murder two members of the police force, identified as Sergeant Benneth Mabunda and Colonel Nthipe Boloka.

Mabunda was the officer who was in charge of the investigation into her case, and Boloka was the commander of the Tembisa Police Station, which is where Rosemary worked.

The scheme was conceived not long after she was taken into custody in March of 2018.

Attempts were made on Rosemary when she was still employed as a law enforcement officer at the Thembisa police station.

She was given six life sentences for the deaths of six relatives who she had slain for insurance payments, and she is presently serving one of those terms at the Kgosi Mampuru II Correctional Centre. Her sentence is for the rest of her natural life.