Mzansi notices what Rosemary Ndlovu does when she appears in court

After weeks of evidence in the dramatic trial of suspected killer Nomia Rosemary Ndlovu, the 46-year-old suggested she was tired of defending herself against the allegations she faces, and said the court could do whatever it wanted. 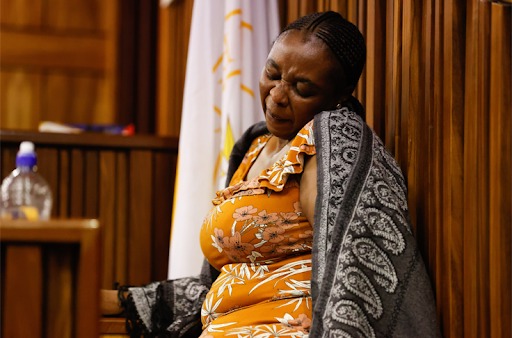 people have noticed that Rosemary Ndlovu changes her hairstyle every week when she shows up to court. 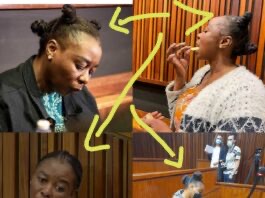 "The court can say what it wants to say, but I don't know," Ndlovu said when prosecutor Riana Williams told him that she was behind the murder of her lover Maurice Mabasa.

Then I got a call from Agent Mugwari [a police officer] who asked me where he was and I said, "I'm on my way to the Olifantsfontein police station." It was then that I discovered that Maurice was dead.

“But if the court believes that I am the one who killed Maurice, then I don't know. Where is the evidence? It surprises me, but if they say that, so be it, ”he said, signaling the end of a process that has shocked the nation.

Mabasa, who had been her boyfriend for several years, was found stabbed nearly 80 times. Her body had been left outside a home in Olifantsfontein, near Clayville, where the couple lived together.

Mabasa is one of six people Ndlovu allegedly killed, and the other victims are identified as his sister, niece, and nephew and cousin, all in an effort to collect insurance payments over a six-year period.

She is also accused of killing several other relatives, and her final possible victims are her sister Joyce and her five children.

It is the case of the state that Ndlovu hired a hit man to kill Joyce and her five children. The killer turned to the police, who in turn launched a stabbing operation that led to Ndlovu's arrest on March 7, 2018. She has been behind bars ever since.

Judge Ramarumo Monama acknowledged Ndlovu's irritation and told Ndlovu that for the time being "she remained innocent until proven guilty," adding that it was the responsibility of the state to prove beyond any doubt that she was the one who committed the crime. crime that was imputed to him. , guilty.

After about 50 witnesses were called, Ndlovu had her and her mother testify in her defense. After harsh questioning, Ndlovu told the court that she had no one left to testify.

Despite glaring discrepancies in some key parts of her testimony, Ndlovu's attorney closed the case and said that he did not have a new investigation for her.

The trial was postponed until October 14, when the State and the defense are expected to present final arguments

Jub-Jub raped me too, Masechaba speaks out

Sh0cking, As Government Spokesperson Says JubJub [email protected] Her In His Mother's House

" Don't Suspend Him, Terminate His Contract"