By Nomsaa (self media writer) | 9 months ago

A woman who felt embarrassed after she was detained for an alleged shoplifting incident at a Shoprite store has sued the retail giants.

The incident happened at the Parow Shoprite store where Joy Ewere Emordi was with her then 16-month-old daughter, when she was detained at Shoprite for several hours.

Hours after Emordi had been detained, the police arrived. She was arrested and taken to the Parow police cells where she was charged and held overnight before being released on a warning. 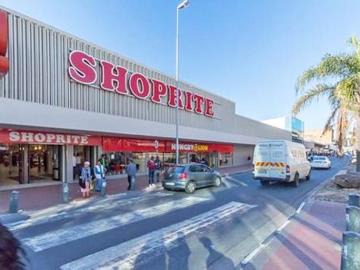 The following day she appeared in the Bellville Magistrate’s Court, and the charge of theft was withdrawn against her.

In her suit, Emordi said she and her daughter were arrested without reasonable cause and detained by unnamed security guards in the employ of FBS, an undercover floor walker in the employ of Civa, and by unnamed employees of Shoprite after she was falsely accused of stealing from the store.

In her testimony, Emordi said through a Nigerian/Igbo interpreter, that on the afternoon of her arrest she and the child went to a nearby shop, Parow Mark Fruit and Veg, to purchase some groceries.

After she paid for her groceries she was given a receipt, but left it on the cashier’s till desk, seeing no need to keep it.

She then went to Shoprite where she bought and paid for more groceries. Again she paid for her groceries and again left the receipt behind.

However, before she reached the exit of Shoprite, she was intercepted by a man wearing civilian clothes who took her to an office where she was asked to produce the receipts for the items in the bags.

Her interrogators refused to believe her story or to let her return to the first shop to fetch the receipt.

Judge Lee Bozalek found there had been no need to arrest Emordi and hold her overnight just to ensure she appeared in court, and it would have sufficed to obtain her name and address.

The judge found Shoprite liable for any damages which Emordi may prove arising out of her unlawful arrest and detention at the supermarket.