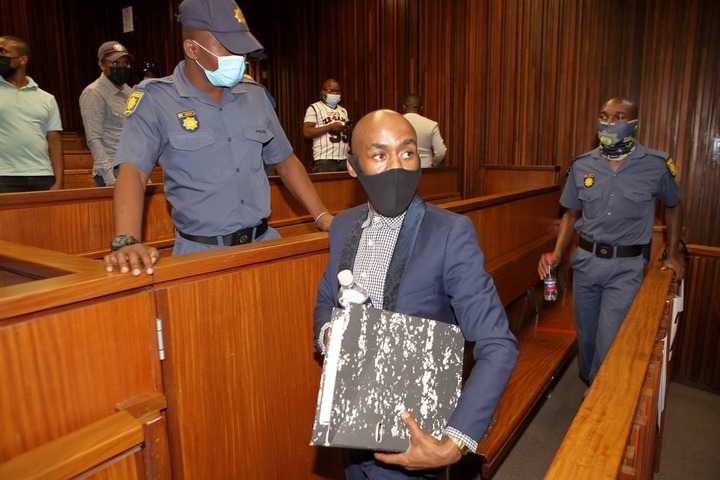 The alleged murderer of Tshegofatso Pule told the Gauteng High Court in Johannesburg that Pule spoke to the driver of the Jeep that picked her up on June 4, 2020, before jumping into the vehicle.

On Wednesday afternoon, as the cross-examination and re-examination of Ntuthuko Shoba came to an end, Acting Judge Stuart Wilson questioned Shoba about whether he heard the conversation between Pule and the driver on 4 June 2020, the night she was brutally murdered.

Shoba reported the conversation to the court, claiming it was in Setswana.

When she got to the jeep, she said, 'look how sloshed you are,' and I heard the driver respond, 'No Tshego, let's leave.'

Sloshed is an abbreviation for "drunk."

According to Shoba, Pule arranged her own transportation when she left his residence on the night of June 4, 2020.

He said he was fine with her "arrangement" because she spoke to the driver, which he took to mean Pule knew the driver.

Previously, the court heard that CCTV footage showed Pule being picked up in a silver/grey Jeep.

Muzikayise Malephane, her convicted murderer, testified that he was driving the aforementioned Jeep. He did, however, tell the court that he picked up Pule and murdered her on Shoba's orders.

He claimed Shoba told him he didn't want his wife to "learn about the pregnancy."

Shoba was charged with the murder of a heavily pregnant Pule after Malephane pled guilty in January of last year.

Shoba is charged with murder, conspiracy to commit murder, and two counts of defeating the ends of justice.

The trial resumes on Thursday.