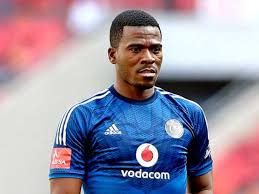 Songstress Kelly Khumalo, who has been consistently dragged into the debacle, found herself in the headlines recently after it was reported that there's a possibility that she may be charged with obstructing the ends of justice as part of the murder investigation, which may see being sentenced.

Kelly Khumalo is alleged to have withheld information that could've helped to close the case. Speaking to Daily Sun, the late footballer's brother Sfiso Meyiwa was adamant that the songstress didn't kill his brother, but she is aware who committed the murder.

Senzo Meyiwa was shot and killed in Vosloorus during an alleged armed robbery at the home of his girlfriend, actress and singer Kelly Khumalo. He was pronounced dead after arriving in hospital. It was previously reported that it was a robbery gone wrong but recent reports claims that it was a contract hit, the assassins were hired to kill the footballer.

King Monada is living a lavish lifestyle - Check out his pictures

In Pictures: DJ Oscar Mbo and his manager exposed for scamming their clients see screenshot messages