A group of illegal immigrants have been sentenced to a combined 384 years imprisonment. The gang, which goes by the name "Boko Haram" was handed over the sentence by the Limpopo Division of the High Court in Polokwane on Tuesday. The court ultimately sentenced the three accused to effective one hundred and twenty-eight (128) years imprisonment each and also declared them unfit to possess a firearm.

The names of the illegal immigrants are Ndou Lukase Rembuluwani and Ndou Ben and Khoza Ngobeni Small, 28. They have been sentenced for a series of crimes committed during September and October 2017 around Seshego and Westenburg. The trio were known for terrorizing communities in the Seshego area. They were convicted on a total of 25 cases in connection with charges of murder, attempted murder, possession of an unlicensed firearm and ammunition, house breaking with intention to rob, robbery with aggravating circumstances, malicious damage to property, theft and house robberies. They were arrested after they had robbed teachers at their residential house in Westenburg. During the robbery, the suspects made off with the teachers' laptops, television sets and cell phones. During the incident, shots were fired but no injuries were sustained. 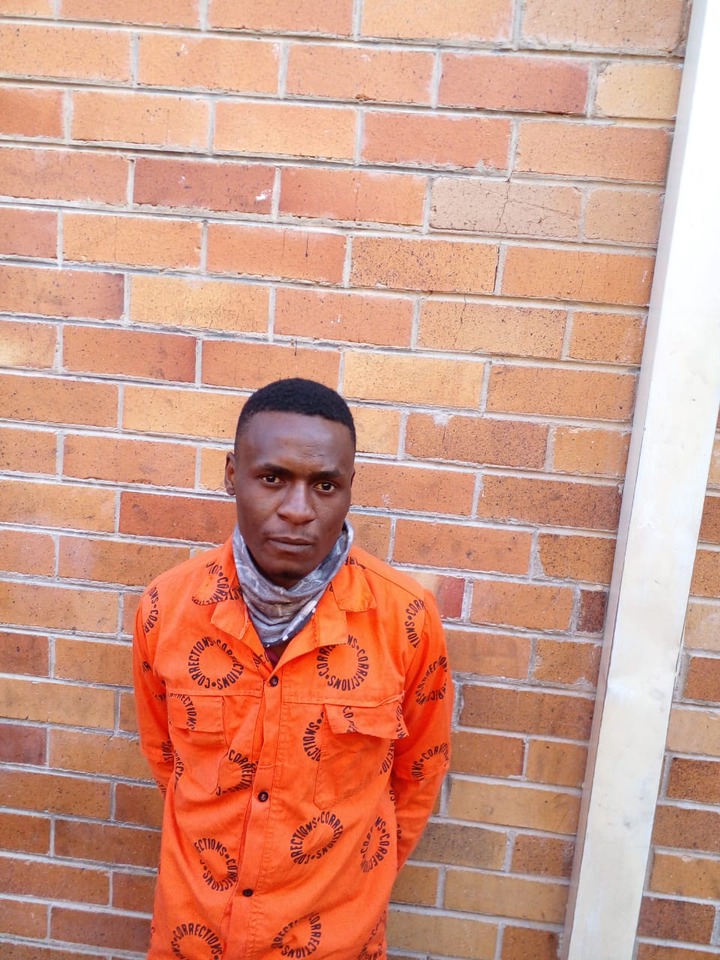 Police spokesperson Brigadier Motlafela Mojapelo indicated that when the men were arrested, police recovered some of the stolen properties including firearms and ammunition. They were then linked to more cases.The men were also convicted for contravening immigration laws for being in SA illegally. Which means they had entered the country illegally.

South Africans have reacted to the sentence. See what some had to say:

@Nelisile14 Why do you keep them in our prisons as they will actually like it here? Take them back to their countries perhaps they are looking for them and let them go and face music in their countries. 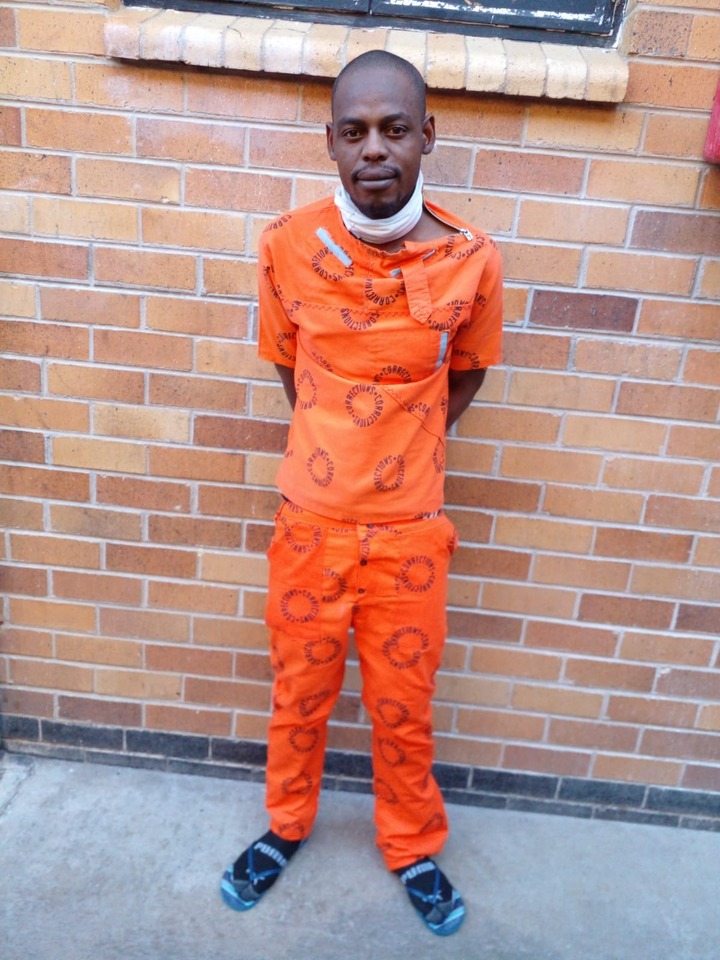 @ktlgMachete They even looking this fresh because out tax feeds them, dress them, bath them, accommodation and educational cost... just the whole maintainance that ordinary innocent citizens have no access to get. This is quiet saddening.

@ChrisMboto In this case a death sentence should be warranted. Poor South Africans are going to work all their lives to keep these criminals comfortable. 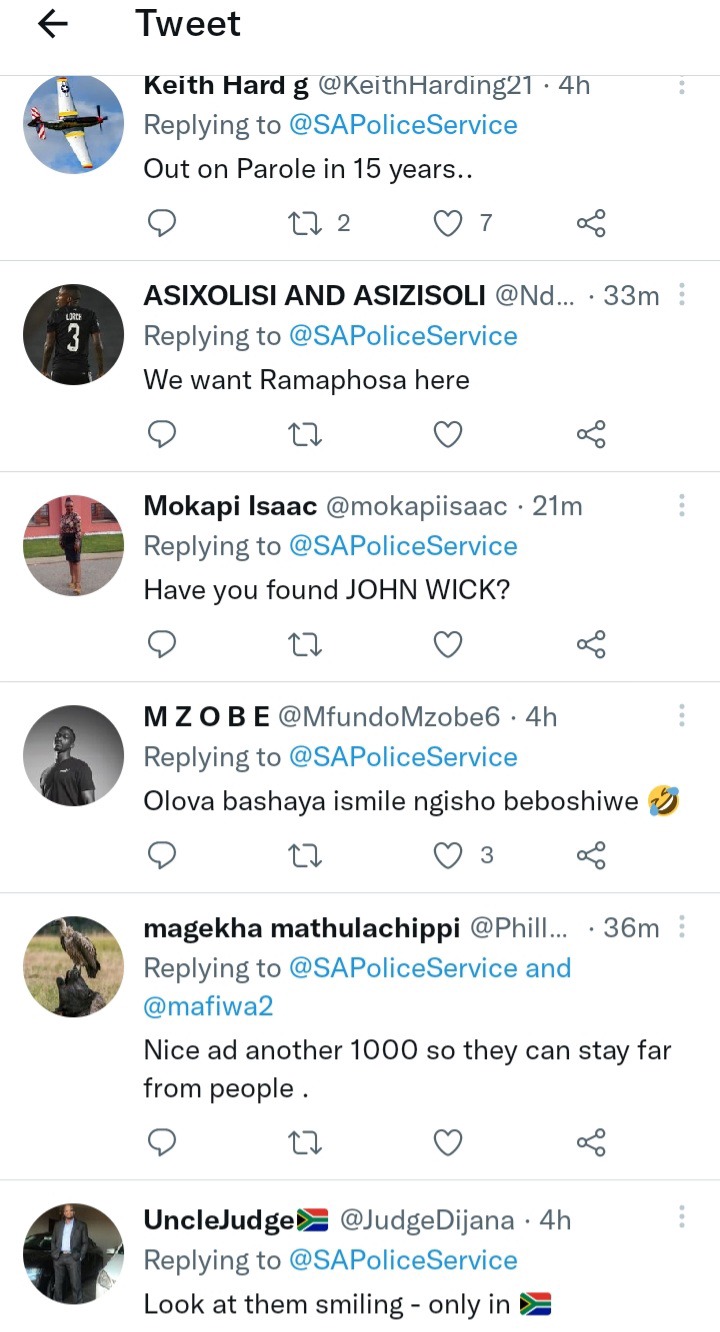 I say criminals deserves this, crime doesn't discriminate and it doesn't have race nor nationality. 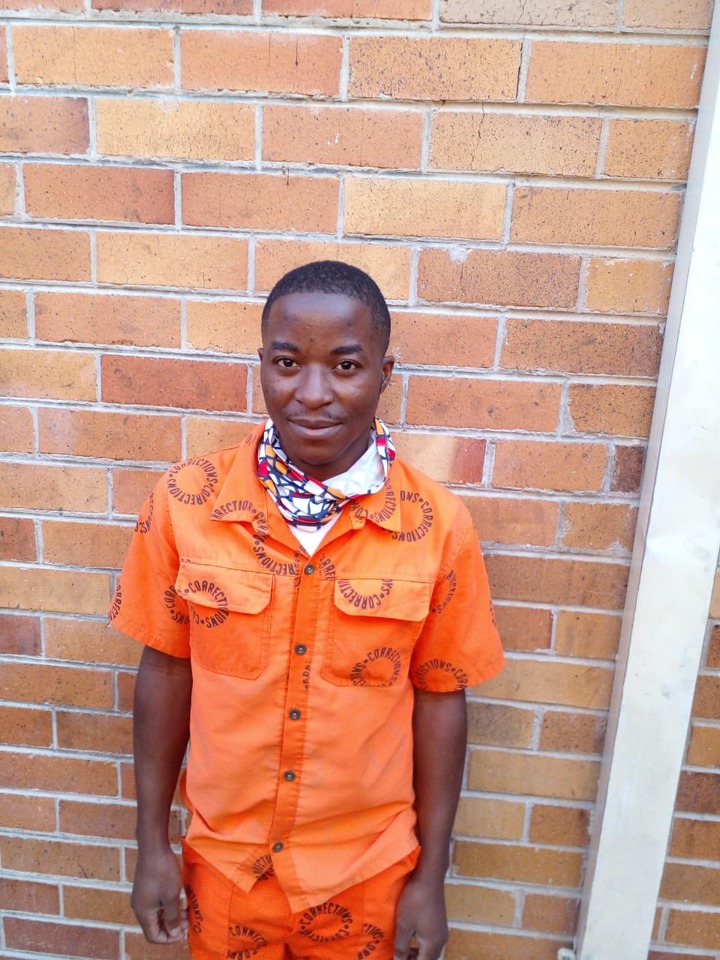 Police rescue 44 people after this happened