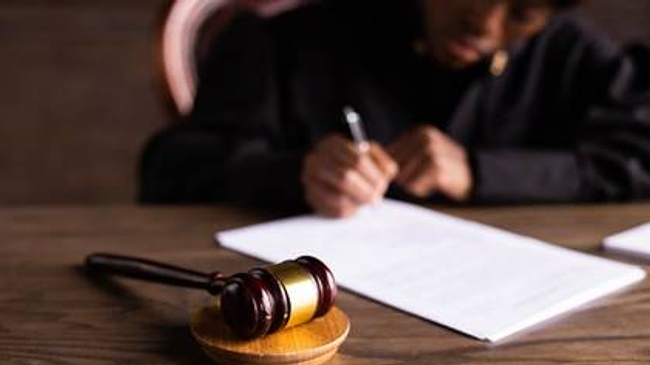 According to the Booklet on the Conditions and Benefits for Judges, a judge may choose from the following automobiles ("within the class concerned"): Mercedes-Benz S350, BMW 740iA, or any less costly sedan.

There are too many more advantages to list. When compared to the retirement age of other employees, judges often serve until the age of 70.

A judge who has been dismissed from active duty is nonetheless paid until the first day of the month in which he or she dies. The pay is computed by dividing the actual wage earned while serving by 15 and then multiplying by the number of years served. Let us use the lowest of the aforementioned amounts as an example, and assume the judge worked for eight years: R1 882 48615x8=R1 003 992.53 per year.

When you consider the payments and perks that are paid for by the taxpayer, you may think that only the greatest legal minds would apply for a position as a judge. If what we've seen on social media is any indication, you'd be mistaken.

Due to space limits, I will only discuss two elements of the replies allegedly offered by Advocate BR Tokota to queries posed by Mr Julius Malema.

When pressed on his experience as a magistrate under apartheid rule, he maintained that the law is the law. As a result, he had no option but to enforce it, even though he did not agree with it.

He further said that under apartheid, certain judges did not implement specific apartheid legislation. He proposed that such judges may help to shape the legislation into something more humanitarian.

Interestingly, after being asked what he should have done under apartheid, he stated that the law is the law. Should he have chosen against becoming a magistrate? That, precisely, is the problem. He had the option of being a member of the system or not.

He opted to be a member of the system and enforce its laws in the same way that many attorneys and judges chose to be a part of Adolf Hitler's law enforcement apparatus in Germany. They also stated instructively: Das Gesetz ist das Gesetz - the law is the law!

In their defense at Nuremburg, they claimed that they had no option - they were only applying the law as they found it. The tribunal subjected them to a higher legal standard: when the law denies natural justice, the essence of law must be denied! In such cases, attorneys and judges must have the moral courage to do the right thing.

The second point Advocate Tokota makes is also questionable. Based on the interview, I estimate his age to be around 64 years old. It's fair to assume he'd heard about Professor Barend Van Niekerk and his troubles with the South African judiciary under apartheid. Those calamities resulted from his insistence that judges abandon Section 6 of the Terrorism Act by refusing to admit statements taken from those held under that statute.

That is precisely what Advocate Tokota is arguing regarding judges' authority to "improve" the law and make it more humanitarian! Professor Van Niekerk was convicted twice by the judges he encouraged to "advance the law" for making that argument, to the best of my memory.

Another example of Advocate Tokota getting the short end of the stick is the case In re Dube (1979). A police officer might arrest an African guy who looked to be idle under the Black Urban Areas Consolidation Act and bring him before a Bantu Affairs Commissioner. If you were unable to give a decent account of yourself, the Commissioner may pronounce you "an lazy and unwanted Bantu" and condemn you to a "labor camp." Your case had to be referred before a court so that he (the judge) could certify that what occurred to you was in compliance with justice.

Judge John Didcott heard the case of Dube. He stated that what occurred to Dube was "in compliance with the legislation and, because what is in legislation is the law, in accordance with that as well." However, it is difficult to say that it was 'in line with justice'; he freed Dube because the law compelled him to declare that he had been handled fairly. However, if the law had required him to verify that he was treated properly, the outcome may have been different. If the law is explicit and in conflict with justice, the law takes priority, according to the order.

Julius Malema has noticed this about foreigners at mall of Africa