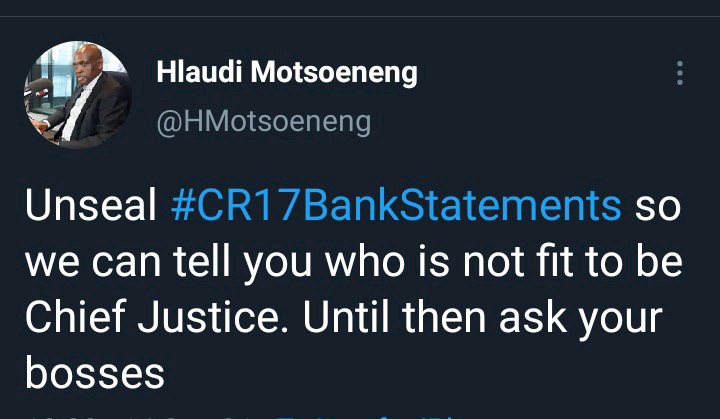 Motsoeneng said this in light of the call made president Cyril Ramaphosa for the general population to take part in the assignment of the appropriate Chief Justice following the exit of Chief Justice Mogoeng who purportedly went out discreetly raising doubts concerning what precisely incited him to end his term thusly.

Boss Justice Mogoeng supposedly left unobtrusively when previous president Jacob Zuma's hatred of court matter was causing ripple effects in court and hypothesis has it that the Chief Justice would not like to be associated with the matter. 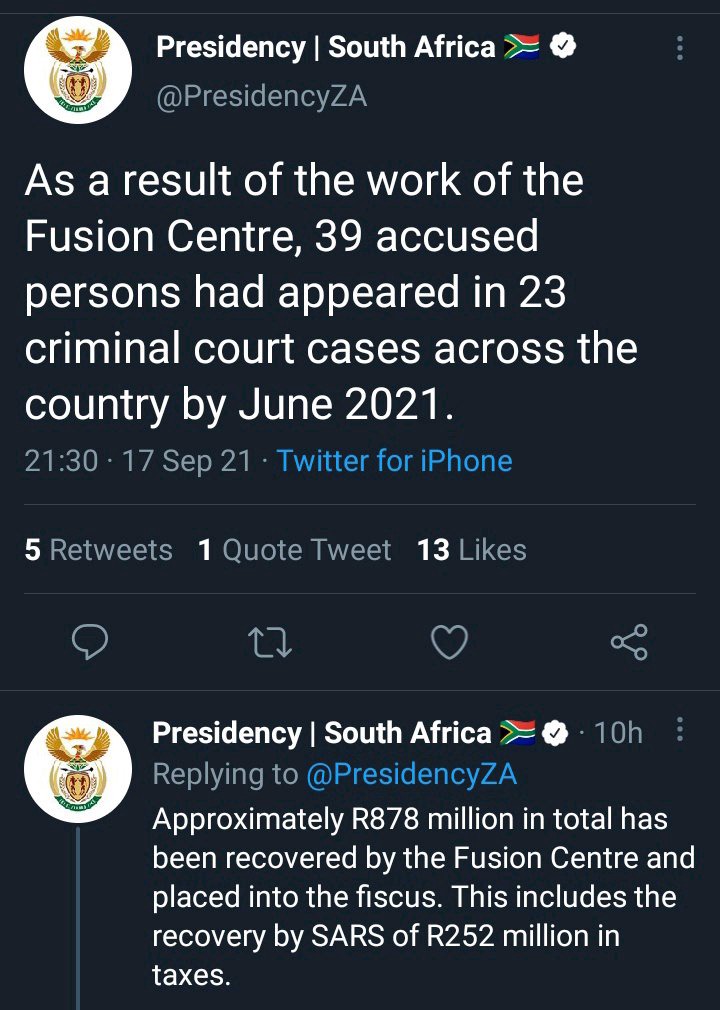 Hlaudi Motsoeneng anyway expressed that if Cyril Ramaphosa is to be treated in a serious way about needing residents to take part in the selection of the following Chief Justice, he should unlock the CR17 bank explanations first.

This is on the grounds that for quite a while, hypotheses had it that a portion of the top appointed authorities are important for the rundown in the CR17 bank explanations which were fixed by the courts.

"Unlock CR17 Bank Statements so we can disclose to you who isn't fit to be Chief Justice. Up to that point ask your supervisors," said Motsoeneng.

As of late, the Afrobarometer uncovered that an overview they directed shows that defilement has deteriorated under the organization of Cyril Ramaphosa.

The administration has anyway discredited those cases despite the fact that the Special Investigating Unit has additionally as of late uncovered that of the 127 government authorities who were engaged with R3 billion debasement tenders, 63 have not been rebuffed for their wrongdoing.

President Cyril Ramaphosa's office anyway gave an extended assertion discrediting claims that no disciplinary move has been made on debasement government authorities, refering to that some monies have been recuperated.

"Because of claims of defilement in COVID-related acquisition, a Fusion Center was set up to fortify the aggregate endeavors among nine law authorization offices to forestall, identify, explore and indict COVID-related debasement. 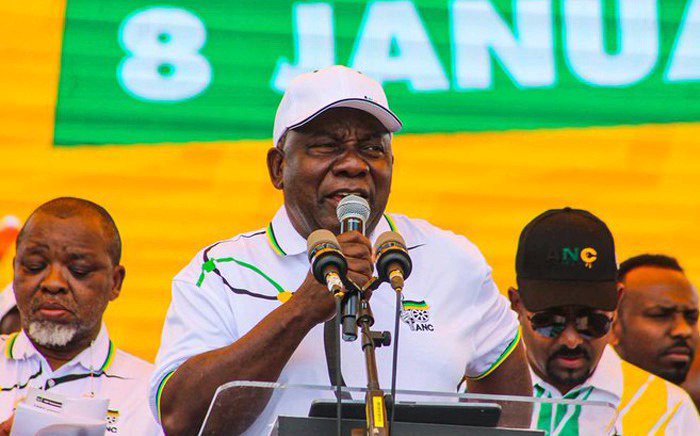