By Omololaayomide3245 (self media writer) | 4 months ago

Two Pietermaritzburg residents were sentenced to eighteen months in prison for breaching the perimeter gate of the Retief Street Primary Substation. A court found Xolani Mbeje and Mzwandile Mnyaka guilty of damaging municipal infrastructure and sentenced them both to one year and 18 months in prison. As revealed by Lucas Holtzhausen, a Safe City technician in Msunduzi, Mbeje and Mnyaka were detained after they were detected breaching through the outer gates of the substation. 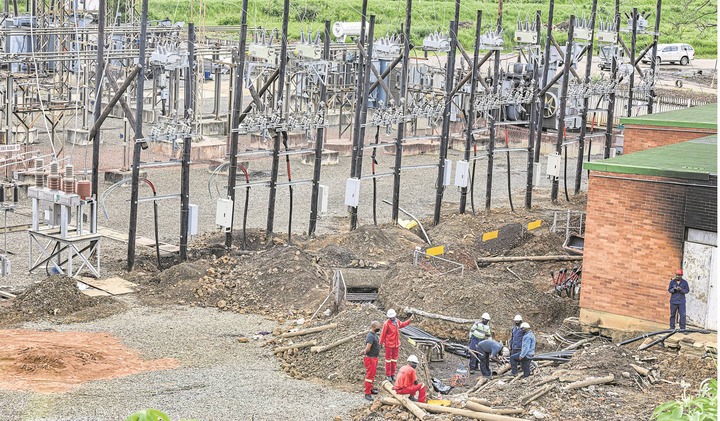 He claims the incident occurred on February 18th, just before 1 a.m., according to him. Police from Pietermaritzburg's main station were notified and dispatched to the substation, where they apprehended the two men present at the time of the incident, according to Holtzhausen

Cables will be installed as the primary goal.

The two men allegedly admitted to him that they planned to steal electrical cables. At the time of the sentencing, Holtzhausen declared his appreciation with the verdict, noting that the Msunduzi Council had endured frequent power failures as a result of copper and other vital electrical equipment being stolen from major transformer.

Specifically, "the Mkondeni and Willowton Road regions were severely affected by these blackouts," he stated. In example, "[T]hese places were extremely heavily impacted.""

"A number of enterprises stated that they expected to shut their doors if the local administration did not take the required measures to lessen the occurrence and intensity of these power disruptions," said Holtzhausen. R6.5 million was allocated to Safe City for the 2016–2017 budget year, and 98 CCTV cameras were placed at eight important electricity transformer to help assess the areas, as shown by Holtzhausen.

Content created and supplied by: Omololaayomide3245 (via Opera News )

Mpho Phalatse does not want to leave office