In My Opinion We, the Women of South Africa Are Tired

By Raerae (self media writer) | 5 days ago

As the rate of gender-based violence in South Africa continues to soar, it is evident that despite legislative reforms, and the Presidency's Emergency Response Action Plan to address the violence, the South African government, and its institutions, lack the political will to reduce, let alone eradicate, the threat to the lives, and the enjoyment of life, of every South African woman and child.

South Africa's own Commission for Gender Equality confirmed this in its report released in April 2021. The following month, in May 2021, the UN's Commission on the Elimination of Discrimination against Women found that, because of the extremely high rate of domestic violence in South Africa, the South African government was in systematic violation of the Convention on the Elimination of All Forms of Discrimination Against Women (CEDAW).

For that reason, we will be submitting the letter below to the President of the Republic of South Africa symbolically on 9 August 2021 - Women's Day, the day that we celebrate the Women's March to the Union Buildings in 1956 when they too handed a petition to the then Head of State. Add your signature to this letter, through this petition, and be part of the 2021 version of the Women's March.

Rahima Moosa, Sophia Williams, Lillian Ngoyi, Helen Joseph and 20 000 South African women did not march on the Union Buildings for a South Africa that promises equality, freedom and security of the person, and freedom of movement to only half of its population. We, the women of South Africa, are not free, and we are not equal. We cannot be when we are required to make considerations for things of which you cannot conceive; considerations that we make in order simply to step outside of the front door. For, as a woman of South Africa, “I carry my pass every day in my heart. Because as a woman I can’t walk freely on the streets.” – Fatima Meer.

So no Mr President, this Women’s Day is not a cause for celebration.

You made promises to us. You even learned to speak our language when you told us that it was not our fault that we were being violated and mutilated. You even said our names. But with the passing of time, it is obvious that your promises are not our new dawn, Mr President. For as long as you lack the political will to end the war being waged against us, the women of South Africa, no Action Plan or law ever will be.

Why is it, Mr President, that you cannot find it in you to fight, with the same vigour, what you have termed, the "second pandemic" ravaging this country, as you have done the first? I know, Mr President, that the patriarchy serves you well for, after all, you too are a South African man.

So please Mr President, no more pretty promises written on fancy paper. The public sector’s crocodile tears bemoaning its paucity will no longer cut it either. That will not wash away the rivers of blood of millions of South African women, nor prevent the spilling of millions more.

We have reached judgment day on this pandemic – this war – Mr President, as many of our murdered sisters already have. We now ask you to account to us, the women of South Africa. Tell us when it is that we will be able to enjoy the same rights enshrined in our Constitution as you do? When will we walk the streets as freely as you?

What do we tell our daughters? What do you tell yours, Mr President? Not on your watch should we expect that to happen?

We, the Women of South Africa 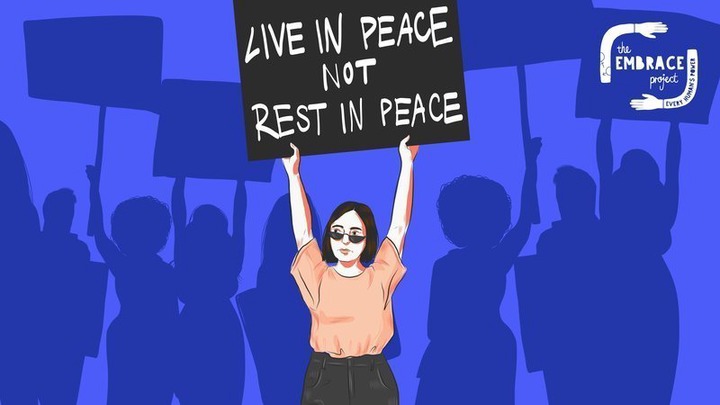 Content created and supplied by: Raerae (via Opera News )