Busisiwe Mkhwabane hits back at Cyril Ramaphosa on her letter of suspension, here is what she said

By THEINVESTIGATOR (self media writer) | 1 month ago

JOHANNESBURG, South Africa –According to Public Protector Busisiwe Mkhwebane, President Cyril Ramaphosa's letter informing her of a possible suspension was a "act of illegality." 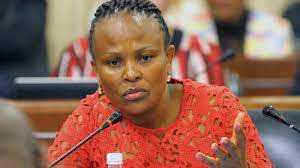 Mkhwebane argued this in the Western Cape High Court on Wednesday, as she fought to prevent a parliamentary inquiry into her competence.She also wanted Ramaphosa to stop suspending her, claiming that it would be "punitive." 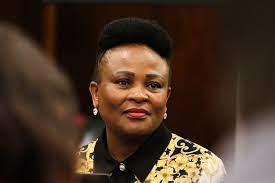 Mkhwebane's lawyer, Dali Mpofu, told the court that Ramaphosa's letter asking the Public Protector to give him reasons not to suspend her was illegal. 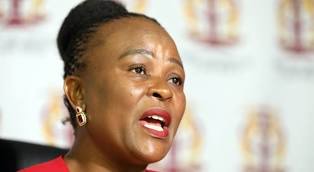 He claimed that suspending Mkhwebane would be retaliatory. 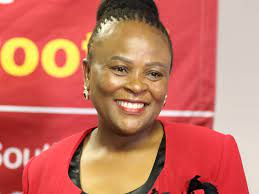 "The suspension of anyone, including Advocate Mkhwebane, a judge, a president, or anyone else, is punitive on its own," he said.Mpofu also informed the court of a separate pending rescission application, stating that the High Court application must be suspended "where there is a possibility" that a ruling will be reversed. The case will be heard again on Thursday, with responses from Parliament and the Democratic Alliance.

Content created and supplied by: THEINVESTIGATOR (via Opera News )