A follower of the ex-president Jacob Zuma today said that they are praying that the constitutional Court, which is the apex Court in South Africa, will correct all their mistakes about Jacob Zuma tomorrow. The long-awaited hearing is scheduled to take place tomorrow, and many people have made it known that they can't wait to see the outcome of the cases and the hearing. The case of Jacob Zuma have been filled with great suspense and many people do not even know the direction the case is heading to. The popular Jacob Zuma Foundation posted that they are expecting a favourable hearing tomorrow, declaring that all former errors of the court regarding the incarceration of Jacob Zuma should be corrected. The foundation have been expressing deep concerns over the case, as they have countless times declared that the arrest and incarceration of Jacob Zuma is unconstitutional. 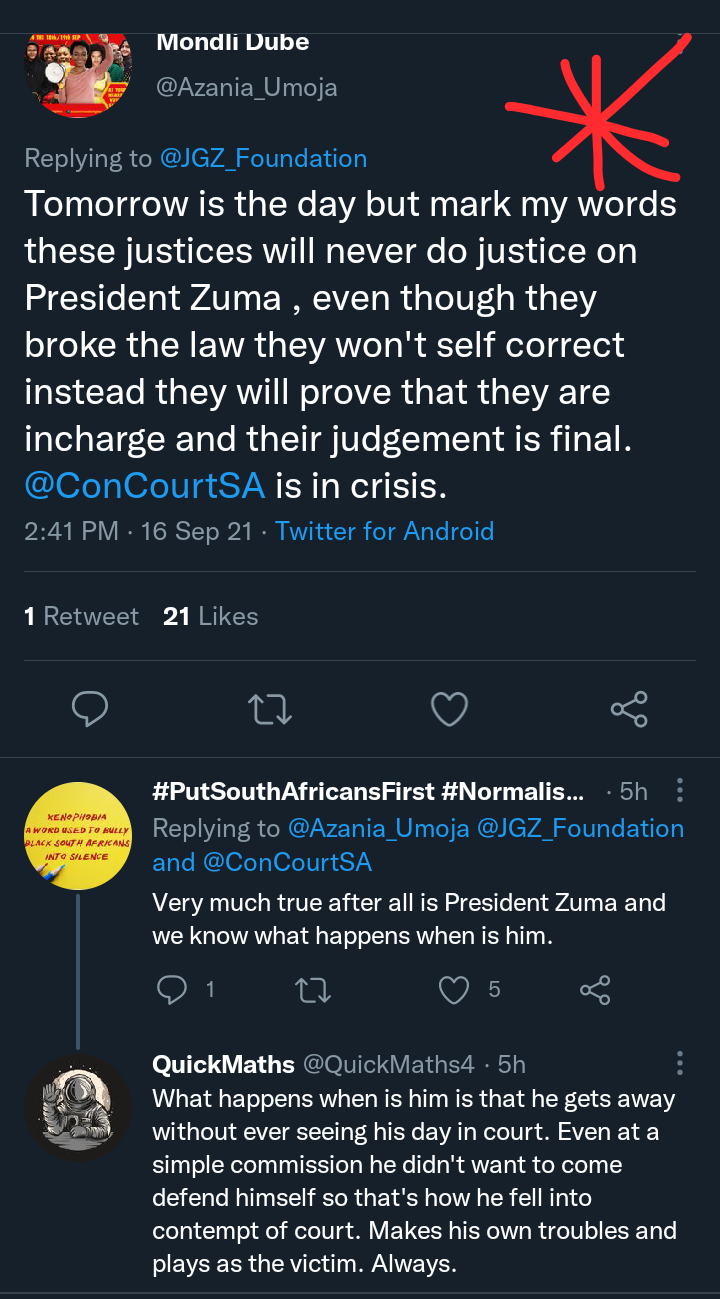 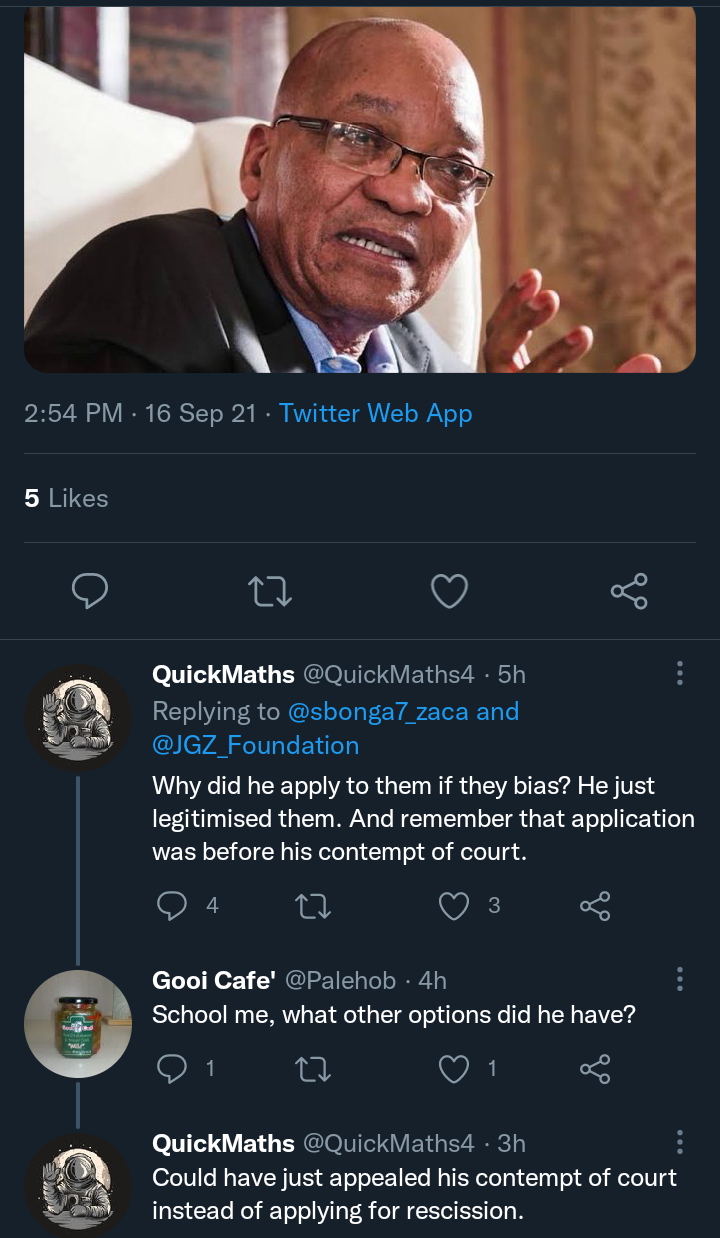 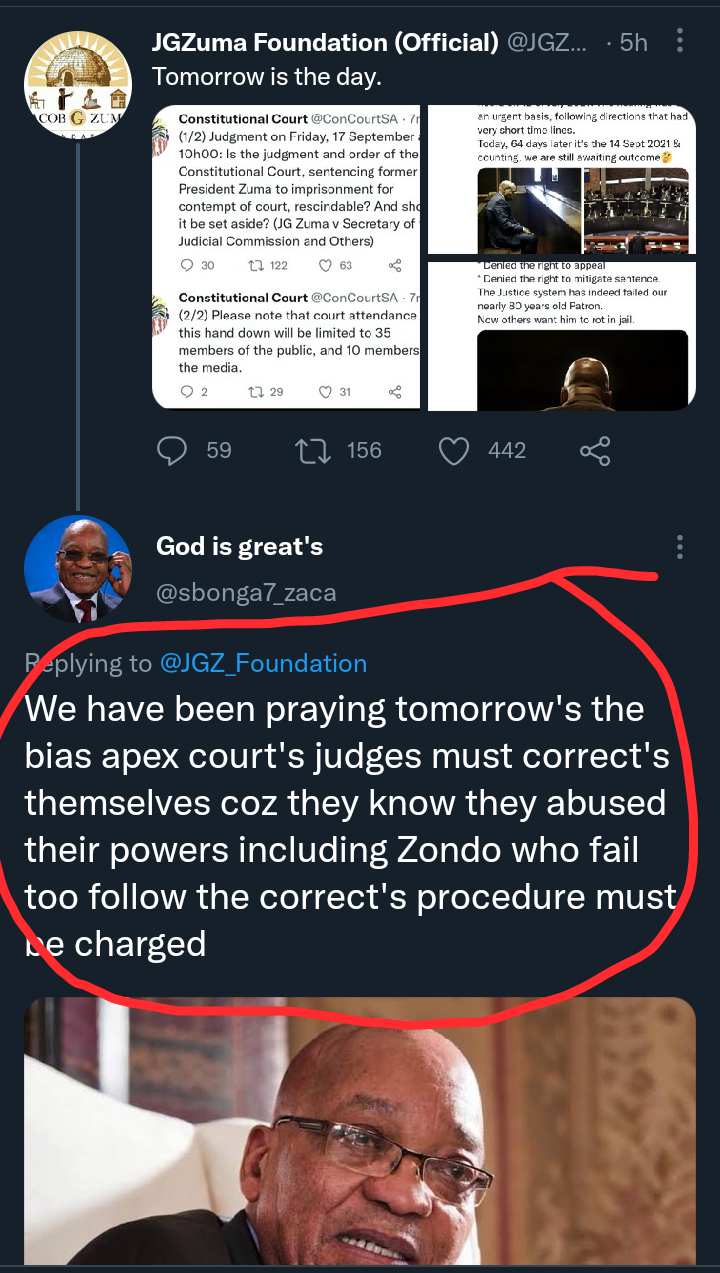 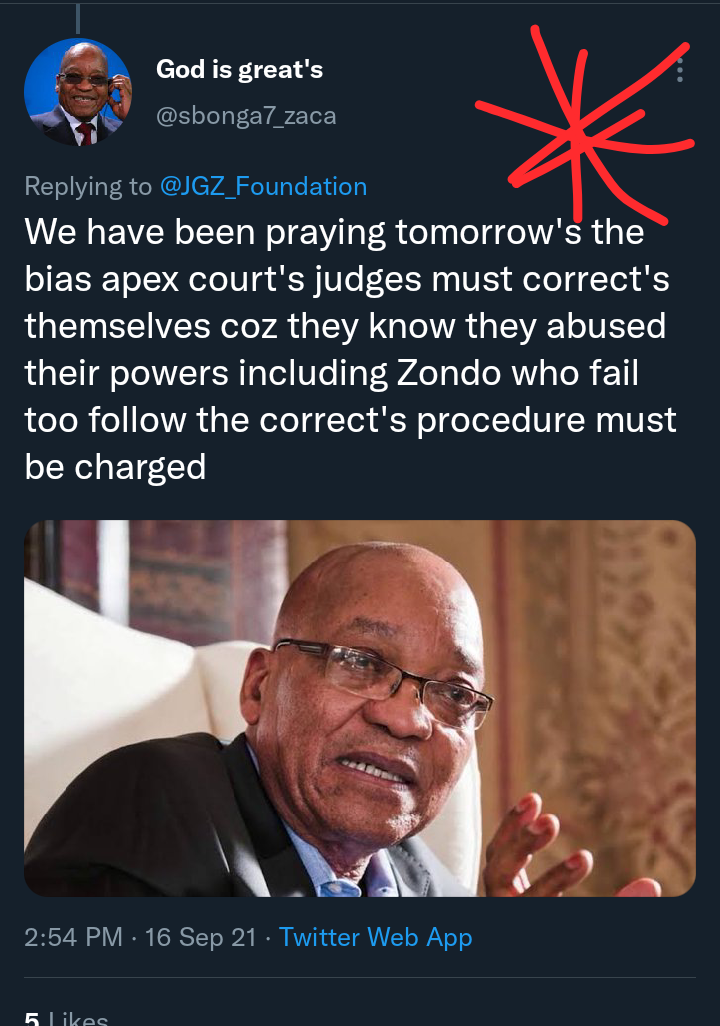 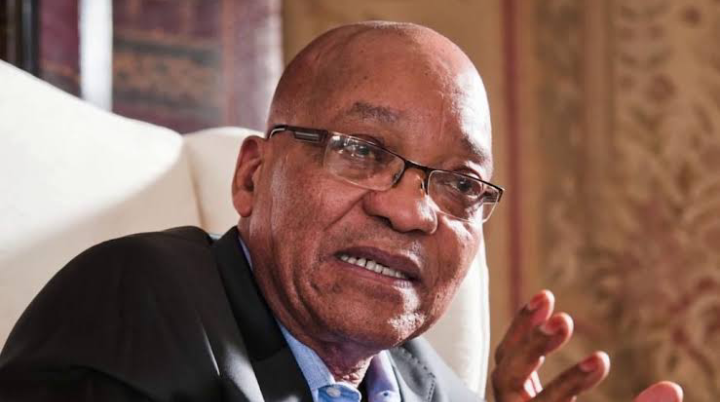 Today, after the foundation shared the news that the hearing is expected to take place tomorrow, a die hard follower and supporter of Jacob Zuma said that the constitutional Court must correct their errors tomorrow. He also added that, “We have been praying tomorrow's the bias apex court's judges must corrects themselves because they know they abused their powers including Zondo who fail to follow the corrects procedure must be charged. At last, even though these captured concourt arrogant judges will push their mandate. They are embarrassed that Adv Mpofu and the team did their homework thoroughly”. Many people, especially Jacob Zuma's admirers, supporters, and followers, do not believe that Jacob Zuma will get the justice he deserves from the judges. This is why a Twitter user asked them, “Why did he apply to them if they bias? He just legitimised them. And remember that application was before his contempt of court”. Yes, they believe that the court was indeed bias toward their principal and hero, in the person of Jacob Zuma. 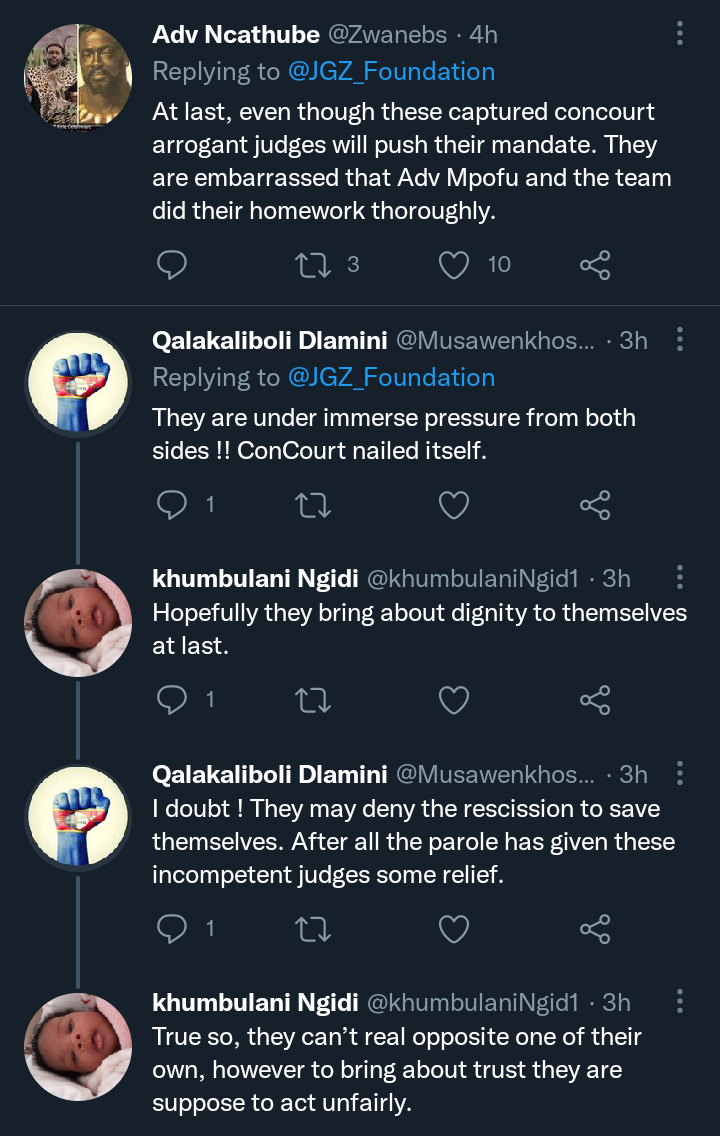 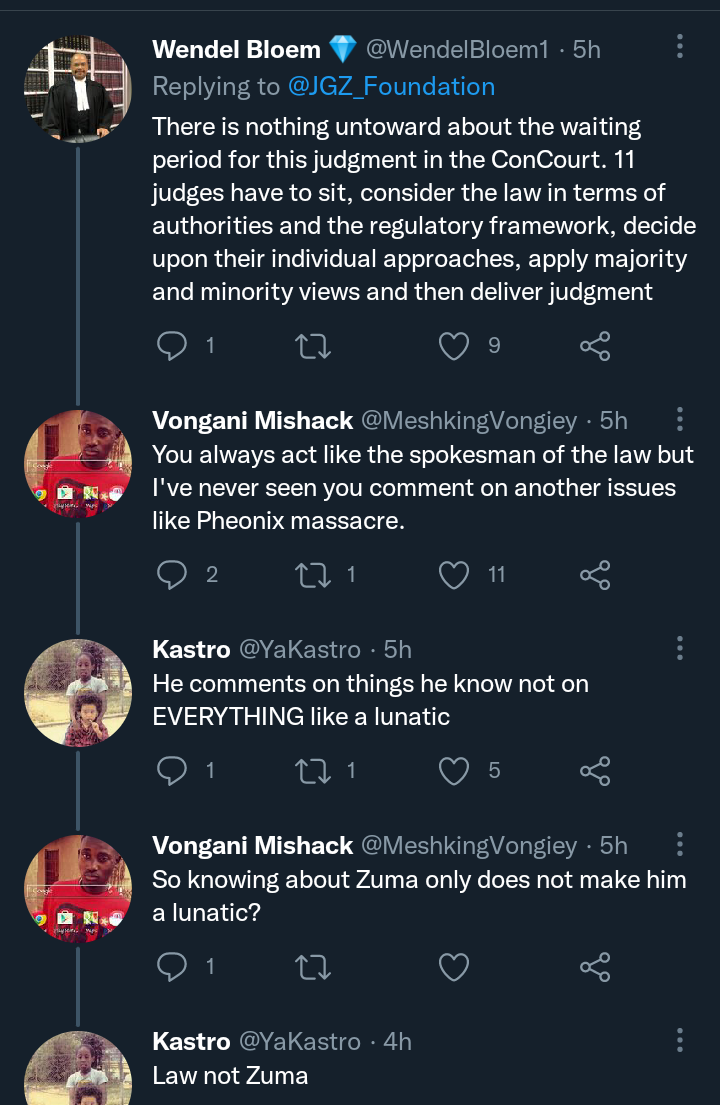 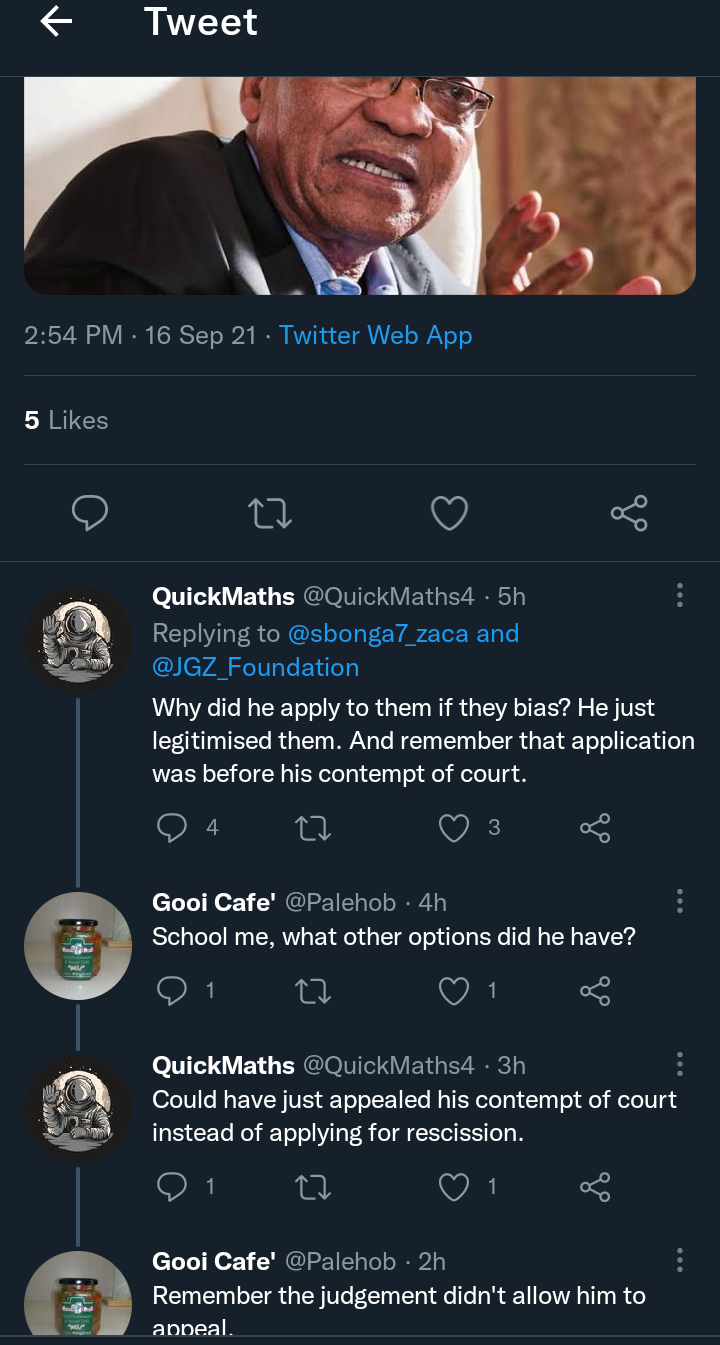 Many people who have been supporting Jacob Zuma have declared that the Jacob Zuma's legal team ably led by advocate Dali Mpofu have done their homework and will surprise the judges tomorrow. However, most of them are saying that all the mistakes and errors made by the court against Jacob Zuma must be tabled and iron out tomorrow. One of the main supporter of Jacob Zuma wrote, “Tomorrow is the day but mark my words these justices will never do justice on President Zuma, even though they broke the law they won't be self correct instead they will prove that they are in charge and their judgement is final. @ConCourtSA is in crisis”.