Pretoria couple convicted after trying to sell their baby for R500 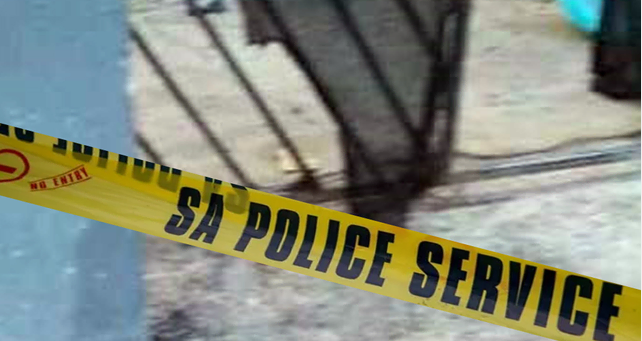 Pretoria – Wayne Loubser (36) and Justine Loubser (32), a Pretoria couple residing in Booysens, have been convicted of child maltreatment, common assault, and failing to register a child by the Pretoria High Court.

Lumka Mahanjana, the North Gauteng regional spokeswoman for the Director of Public Prosecutions, stated that the wife, Justine, was also found guilty of people trafficking.

"This is after it was established in court that when the couple had the kid in April 2020, they did not register the infant at the Department of Home Affairs with the goal of selling the baby and preventing the baby from being traced back to them," Mahanjana explained.

"A lady named Saunders, who maintained a food cart in Booysens, encountered the couple around July/August 2020." She first encountered Wayne, who approached her and requested for food from the food cart. Wayne arrived the next day with his wife, Justine, to meet her and the kid, who was two months old at the time."

Wayne then asked Saunders for R50 to buy diapers for the baby.

Saunders urged her daughter-in-law to purchase the diapers, which she then delivered to the Loubsers. Sounders then proceeded to buy diapers and baby formula for the infant from that day forward.

"It was also established in court that the pair forced the infant to sip cold aid while the father ate the baby formula." "The court also heard that the pair abused the infant several times on different occasions," Mahanjana added.

"The mother would take the infant to her job at a pub, while the father would leave the youngster off at Saunders' food cart while drunk." A doctor who examined the newborn said in court that on November 6, 2020, she filed a J88-medical form stating that the baby had bruises on his head, chest, and right arm that were five days old, as well as a rash on his buttocks."

In addition, the pair had missed medical checkups and returned to the clinic weeks later for the child's immunization to avoid staff recognizing the bruises.

According to Mahanjana, the parents attempted to sell the infant to Saunders on two consecutive occasions.

"The father approached Saunders first, offering her the baby for R2 000 and asking to accompany her to the Department of Home Affairs to register the kid as hers." While the mother approached Saunders on 3 November 2020 and offered to deliver the kid to her for a cost of R2 500 because she wanted to leave her husband and Pretoria," said Mahanjana.

The next day, November 4, Wayne returned to the food cart to see whether Saunders had considered his offer. Wayne was informed by Saunders that Justine had also attempted to sell the baby for R2 500.

Wayne then lowered his asking price to R1000.

"On November 5th, around lunchtime, Justine went to the food cart and asked Saunders to rethink buying the baby, lowering her price to R500." "On November 6, Wayne went to Saunders' food cart and threatened to harm the kid if she did not buy him," Mahanjana alleged.

Justine went to the food cart later that day sans the baby. When Saunders inquired about the infant, Justine informed her that he had returned home after falling from the bed.

"An informer who observed this occurred contacted and reported the incident to the police." The cops, together with Saunders, set up a trap for the pair. "The police handed Saunders R500 to purchase the infant from the couple," Mahanjana explained.

"The exchange happened outside the couple's house between Justine and Saunders while Wayne was inside."

Justine took the money and handed the baby to Saunders. She then entered the house.

"Immediately following that, the police entered the residence, seized the money, and arrested the couple."

"The infant was brought to a health care center for observation and is now under safe care," Mahanjana explained.

Since their arrest, the pair has been detained.

The case has been rescheduled for sentence on February 1st.