Zimbabwean Nationals fled their country in masses to come to South Africa in seek of employment and a way to alleviate poverty in their homes. Their country being led by military dictatorship under President Mugabe forced a lot of Zimbabweans to seek refuge in other countries. South Africans were not happy and are still not happy about this. They are worried that the population of Zimbabwean nationals in South Africa is way too much to control hence the high rate of crime and drugs in the country not to mention unemployment. 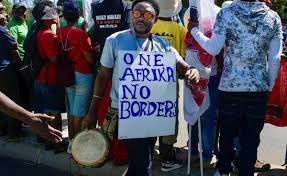 Swaziland is going through a protests because the people are tired of being led by a monarchy. The people are blaming the unemployment rate, poverty and violence in the country to the monarchy. They are fighting for their rights and democracy to be applied. South Africans are saying that Zimbabweans should take example from this act of bravery. They are saying that instead of fleeing their country, Zimbabweans should go back and fight their current government. 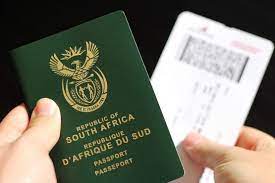 Over 250 000 Zimbabweans went to court to demand permanent citizenship in South Africa. Many claimed that since their temporary visas are going to expire soon, they have nowhere to go and they have been living in SA long enough to obtain permeant citizenships. South Africans got furious over this as most are known to go back home in December and also a lot were seen going home as there was traffic in the Maputo boarder in the beginning of Covid last year. One tweeter user said," let them go where they usually go during festive season in December."

As Africans we are divided. Other African countries are suffering because of the leadership in the country. Instead of helping one another we are divided even though the Africa Union exists in silence. The leaders are constantly disappointing the nations and South Africa under ANC government are not hearing people's cries. What do you think about this. Do you think Zimbabweans should be granted permanent citizenship in South Africa or they should go back home?