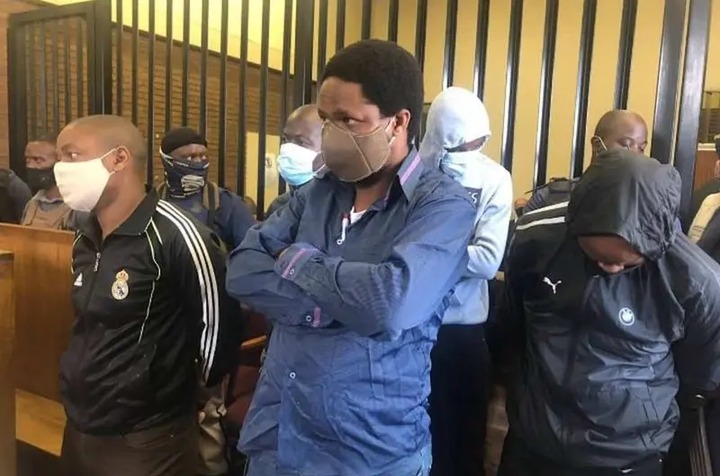 The late former Orlando Pirates goalkeeper Senzo Meyiwa's brother has stated that the people on trial are not Senzo's murders.

Meyiwa believes he and Minister of Police Bheki Cele know who killed his brother, and it is not the present suspect. The matter connected to the former Pirates goalkeeper was postponed by the Boksburg Magistrate Court on the sixth anniversary of Meyiwa's death, in 2014. The proceedings have now been rescheduled for the 11th of April 2022.

The defense against Meyiwa' was able to settle on a date, with the state being from April 11th to April 29th, 2022. The trial is then scheduled to begin the following month, from May 30th to June 17th, 2022. The accused will be held without the possibility of release. Sfiso Meyiwa, Meyiwa's brother, expressed his feelings to the media immediately after the court's verdict, appealing for higher power intervention. "I believe the situation should now be sent to the president (Cyril Ramaphosa)," he says. "The president must now interfere because the nation has lost faith in his government," Meyiwa stated.

Meyiwa then discloses that he and Cele both agreed on who Senzo's real killers are and that they appeared to have apprehended them. He now worries that the minister is beginning to change his tune, and he suspects that fear has crept into him as a result of this case.

"At first, the minister of police, Bheki Cele, agreed with us [on the true perpetrators] since we know them and he knows them, but he has now come out and said it's these five guys." "I'm not sure if the minister is terrified right now. I'm not sure what he's afraid of, or whether he's afraid that they'll do something against him. I'm very strong because I'm a God-fearing man; I believe in God and don't fear anyone." Meyiwa concluded