South Africans have been incensed by the utterly repugnant racist behaviour by broadcaster and Radio Dj Gareth Cliff, after he despicably minimised the experiences which black women face when he interviewed One South African Movement spokesperson, Mudzuli Rakhivhane. 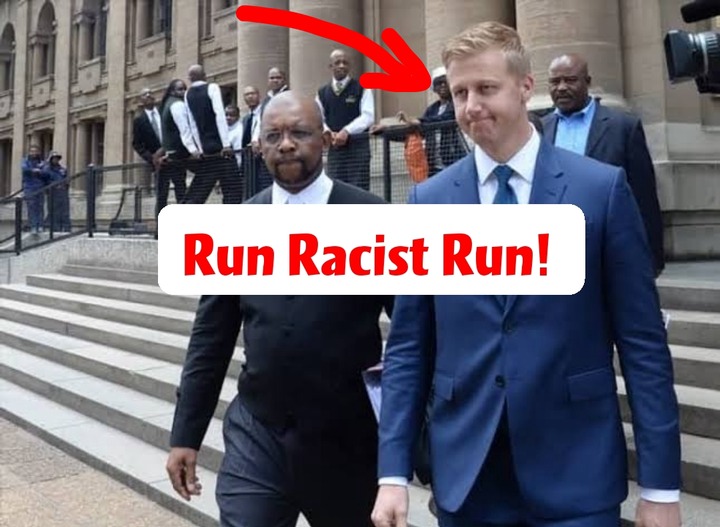 As the debate raged on, some high-profile South Africans entered the fray to give an opinion about it. Advocate Dali Mpofu SC thought it worthwhile to make a contribution, in which he made reference to Cliff's attitude as that of a group of people (white) who perpetuate racism, while giving thumbs up to Rakhivhane's poise and spirit. 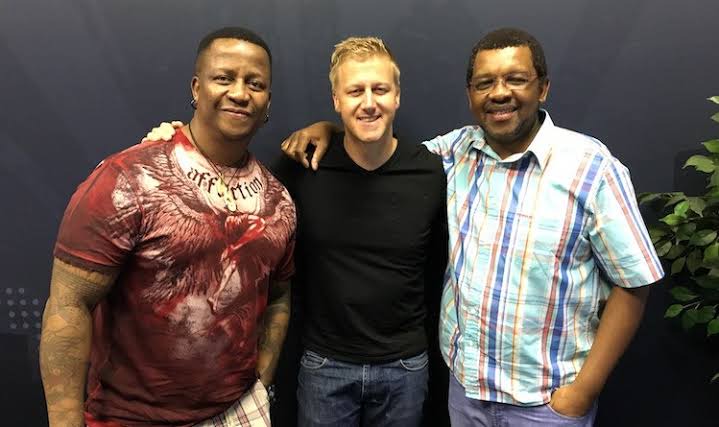 "The ARROGANCE in Gareth Cliff’s voice represents a generation that denies being beneficiaries & perpetrators of racism. Steenhuisen’s APPROVING smile is what millions of white voters will be supporting next week👎🏾. Mudzuli’s FIGHTING SPIRIT is what needs to be done in SA!👏🏾👏🏾✊🏾," Mpofu tweeted on his official twitter account.

Although Mpofu called out Cliff, some on twitter were not entirely convinced by his remarks, with those who believe he cannot honestly condemn a person he represented in one of the biggest labour dispute in recent times. 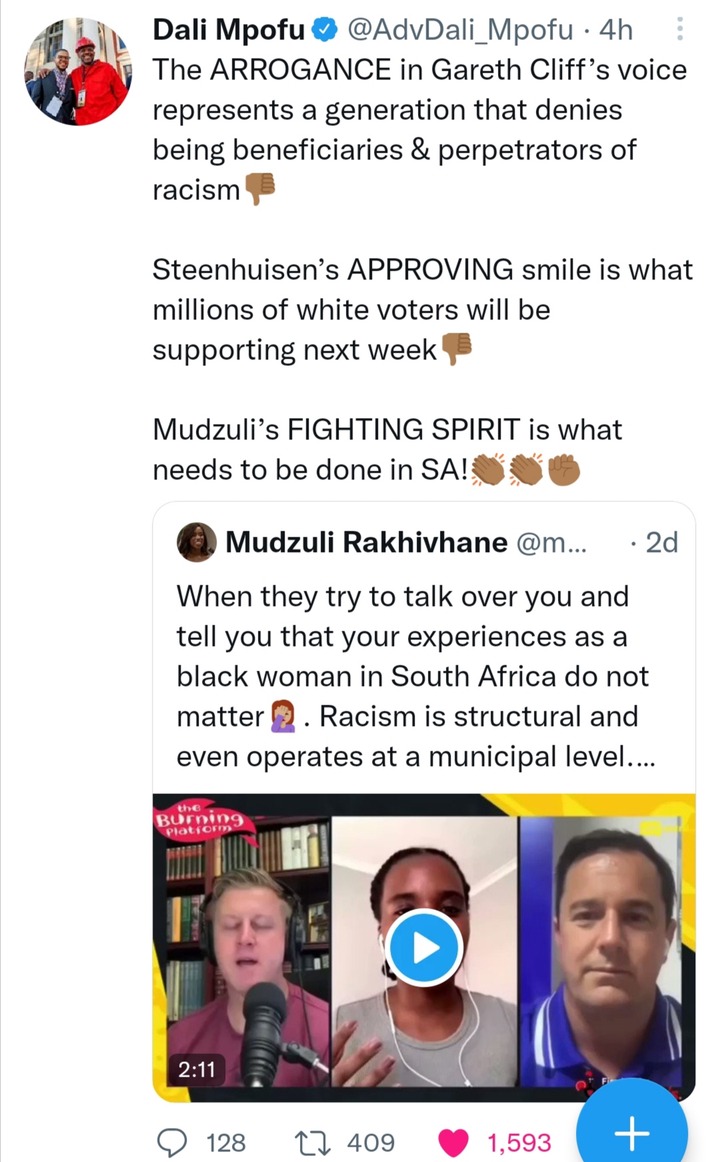 In 2016, after Cliff was fired by MNet from its Idols SA gig for his support of Penny Sparrow's racist debacle in which she referred to black people as "monkeys", he was represented in court by none other than Advocate Mpofu in his bid to get sue MNet and be automatically reinstated.

Although Mpofu as an advocate of more than 28 years, was merely discharging his duty as a professional by offering legal assistance to a client, some on twitter felt he again demonstrated flip-flopping. Instead, he should not have granted his legal assistance to an unrepentant racist. 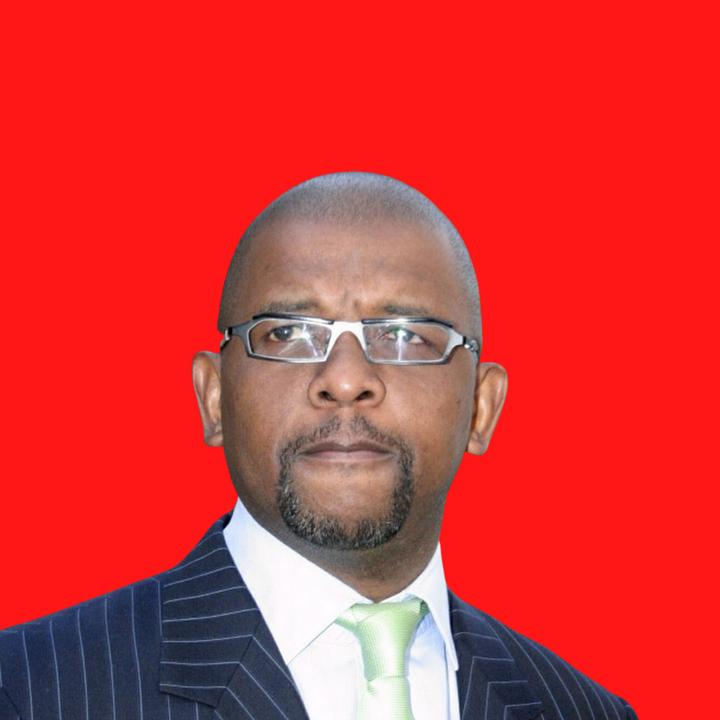 It is one's opinion that Mpofu has no moral latitude to air his views on the issue considering his proximity to Cliff, we cannot in all honestly deal with structural racism at any level if we have distinguished black lawyers who represent characters such as Gareth Cliff.

Law itself is a tool which black people can use to change their circumstances, as such one will wait until Advocate offers profound apology for having represented Cliff before.

What do you make of Mpofu's comments? 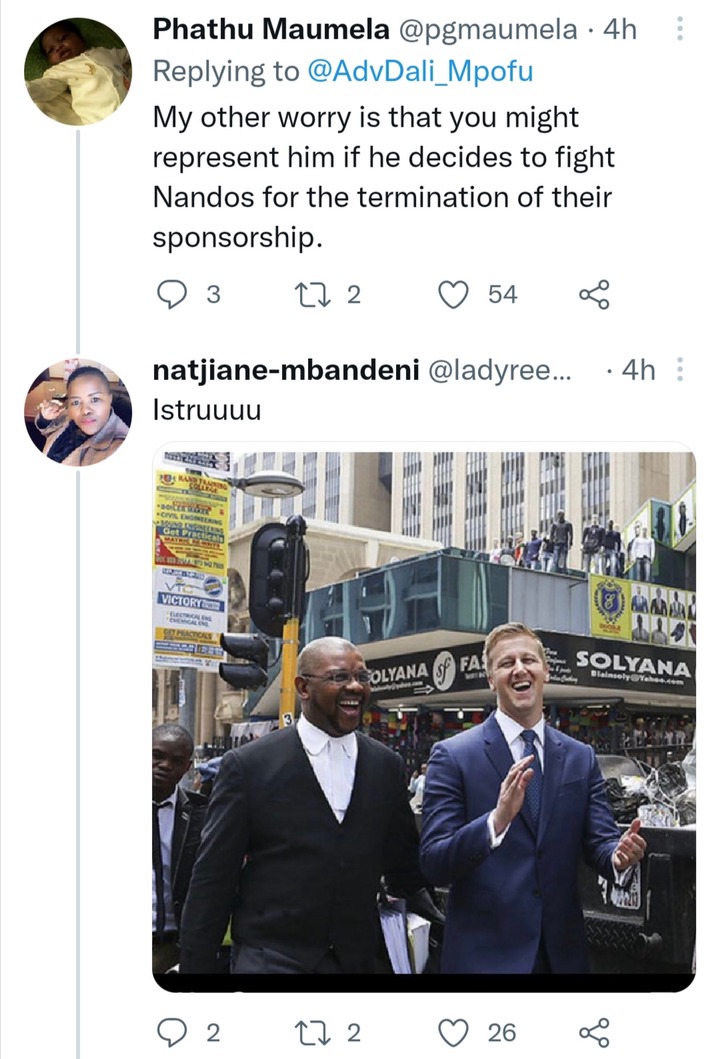 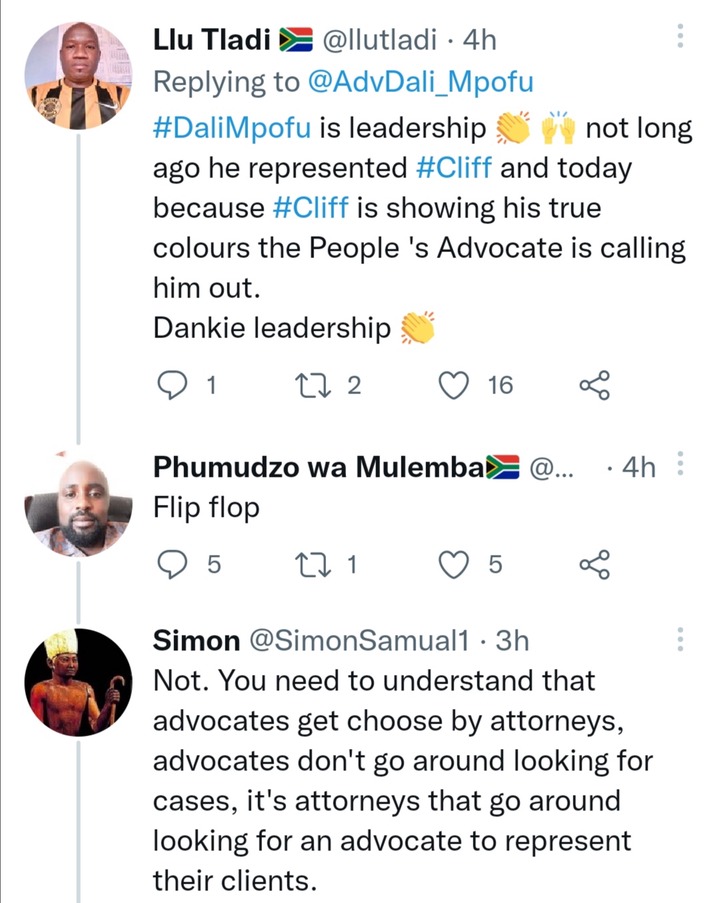 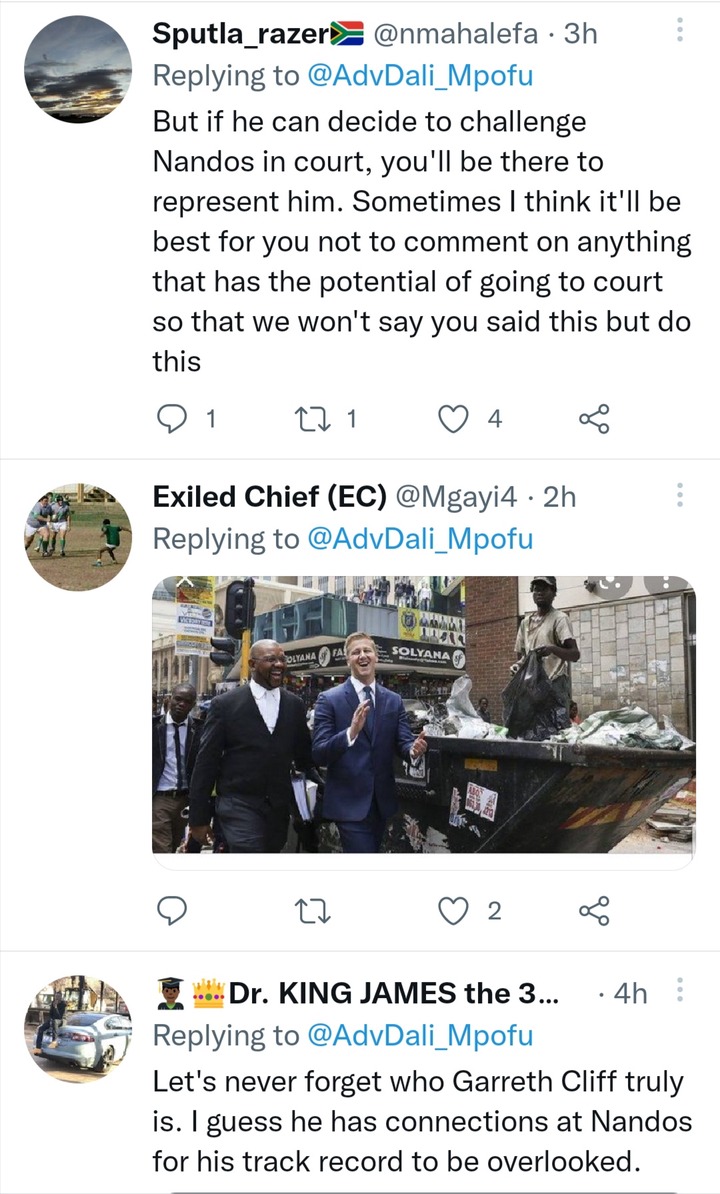 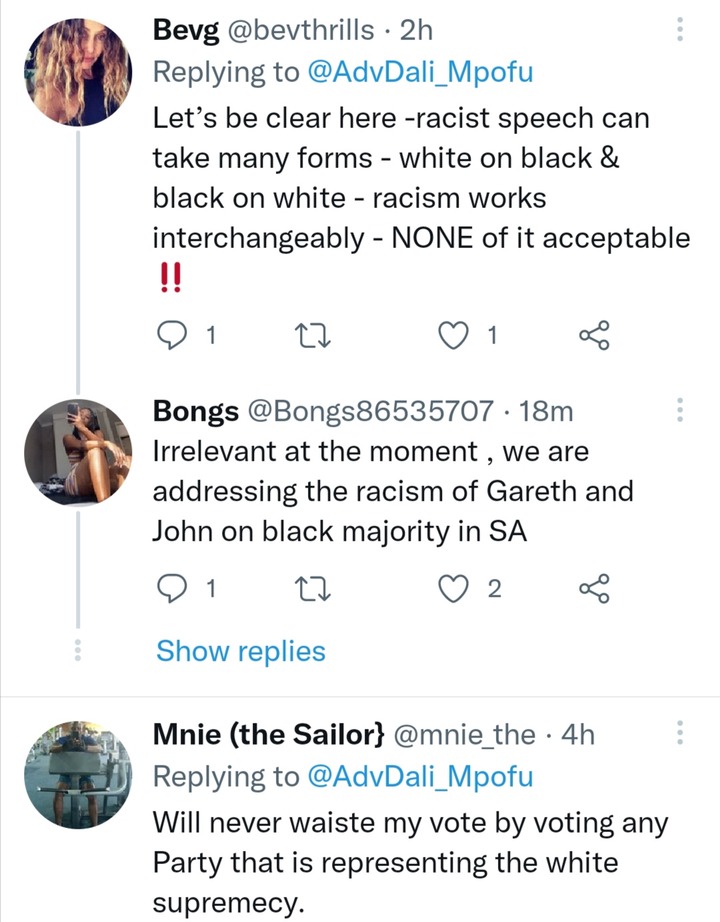 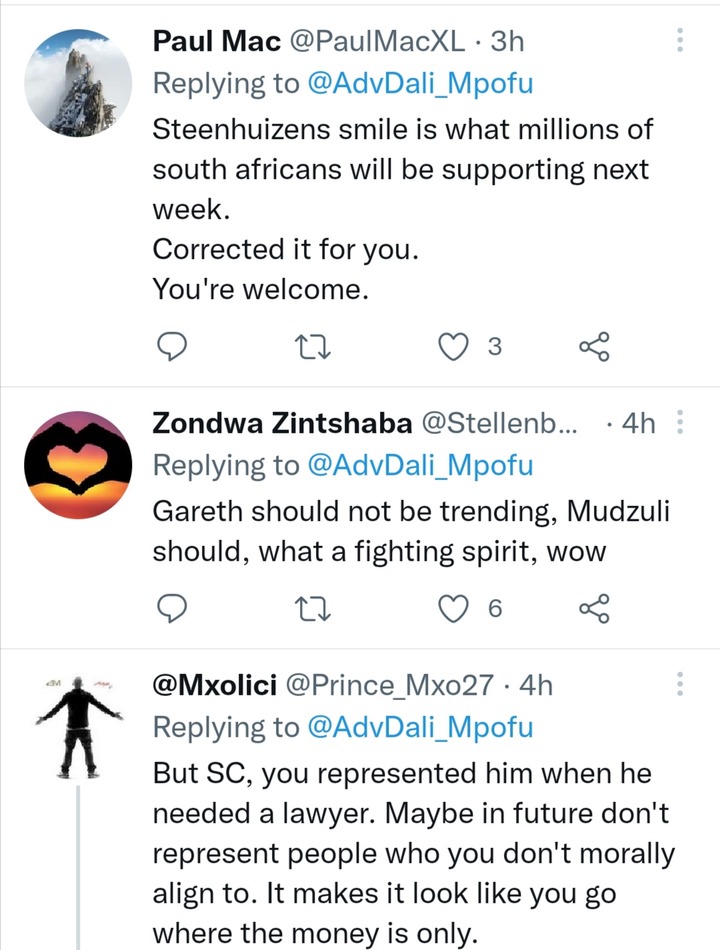 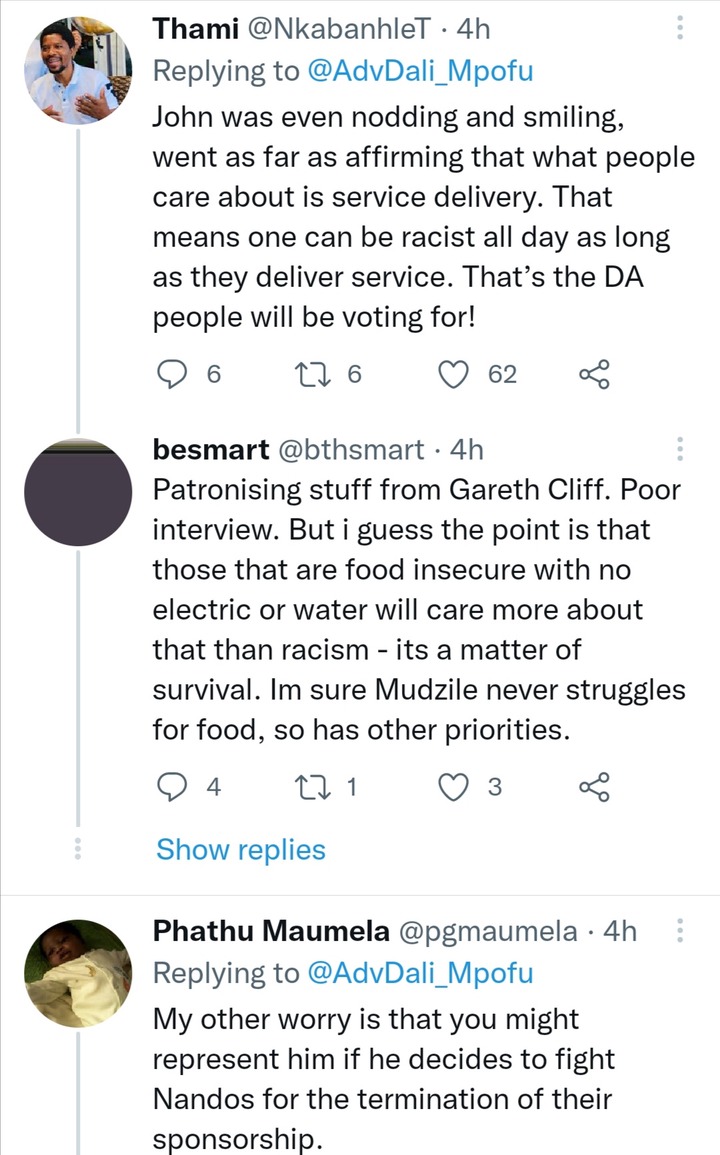 JUST IN| warning issued, especially to the South African youth