By ProblemMasau (self media writer) | 1 month ago 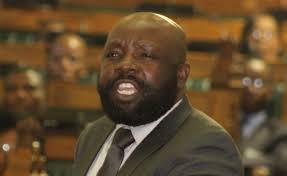 Kereke who is the previous owner of Doves Holding was recently released from prison after serving time for raping a minor at gun point.

Two leading businessmen Farai Matsika and Phibeon Busangabanye are currently involved in a nasty fight over ownership of the Doves Holding after they jointly bought the company from Kereke in 2012 through their investment vehicle Transfrontier which they formed in 2008.

The two have 50-50 shareholding in Transfrontier.

Matsika tried to elbow out Busangabanye last year claiming he is the sole owner of the company forcing the later to seek legal recourse from the courts.

However, late last year, Matsika tried to elbow out his partner claiming he was the sole owner of the company, prompting Busangabanye to seek legal recourse.

The judge's attack on Kereke emanates from several letters penned by the ex-convict to High Court seeking to block the proceedings claiming that he was duped into selling the company.

The judge has found out that the letters are inadmissable since the transferred has already been done.

On Wednesday, the court ruled in favour of Busangabanye's rescission order and blasted Kereke.

Kereke had sought to stop the court proceedings through a letter he wrote to Judge President George Chiweshe.

“That letter was roundly condemned by all counsel, including his own, as improper and I struck it off,” justice Muchawa said.

The court established that Kereke and Matsika had fraudently colluded to paint a picture that the sale of the company was not completed.

Content created and supplied by: ProblemMasau (via Opera News )

Badnews For Wanted Fugitive Guptas And Jacob Zuma As This Morning, See What Happened

How to make a woman think about you nonstop