Do You Know That The Original Inhabitants of Australia Are Blacks And They Are Treated Unfairly?

Did you know that Indigenous people in Australia are predominantly black, and that they are subject to racial discrimination? In case you didn’t already know, Indigenous Australians are people who were born and raised in the homeland of Australia’s first settlers. Some believe that Aboriginal Australia originated in Africa and migrated to Asia about 70,000 years ago, before migrating from Asia (including Malaysia, Singapore, Indonesia, and the Philippines) and reaching Australia 45,000 to 50,000. years ago, depending on the source of the information. This migration was made possible by receding sea levels and the availability of land bridges between Asia and Australia over time. In some areas, watercraft are also used, which is a novel technique. Some believe the water level has risen throughout the season, isolating certain regions of Australia by making these islands and cutting them off from the rest of the world, as has been said before. This is what sets Australia apart as a distinct continent. 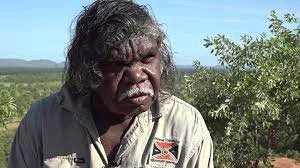 Indigenous people living on the islands of Australia are referred to as Torres Strait Islanders, while those living on the continent are termed Aboriginal Australians. Research has revealed that locals have genetic similarities to Asians, Africans, and Papuans from New Guinea, which is not surprising that New Guinea was part of Australia before it was divided. Primarily, the natives chose Christianity as their religion of choice (Anglican and Catholic). Australian Aboriginal English, Australian English, and Kriol are the languages ​​spoken here. Due to the Australian government’s ban on indigenous languages, many indigenous languages ​​have disappeared. Their population, which is close to 759,705 people, accounts for 3.1 per cent of Australia’s total population.

Compared to the rest of Australia’s population, Indigenous Australians suffer from racial discrimination and discrimination, among others. In fact, from the arrival of white Europeans in Australia and their declaration of the continent landless, man they have colonized the continent by killing the natives and forbidding them to speak and practice their own languages ​​and cultures. During the arrival of the Europeans, many natives died from diseases such as smallpox, measles, and TB. This is due to the short level of resistance maintained by the indigenous population. 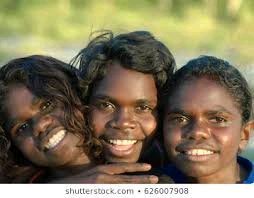 The incidence of racial discrimination is increasing. More than 70% of Aboriginal academics and professionals who responded to a poll conducted by Australian academic staff in higher education said they had encountered discrimination and ethics in their workplace. Racism is rooted in the Australian constitution, agreed Senator Rachel Siewert, and it continues to be enforced by state and territory laws and policies, agreed Rachel Siewert. While John Pilger, an Australian journalist and writer, claims that white Australians reserve a specific form of discrimination for the country’s indigenous people, which is raw and subtle, others disagree. Same in the field of work and health.

Whites are preferred by the natives because they believe that whites are superior in all aspects of life. According to them, they were informed that there was no work on the council just to find jobs offered by whites, and even to rent a house, they would ask their white friends to do it for them because of prejudice. Imagine being examined only on the basis of the color of your skin in a job interview rather than the content of your resume. How would you react to that situation? Or separated from someone when you take public transportation? Indigenous Australians suffer from a high level of poverty and are unable to write as a result of a lack of employment, money, and educational opportunities. 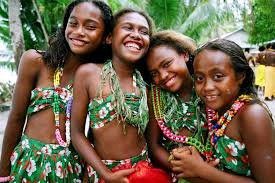 Did you know that Africans who are not Indigenous Australians but who have come to Australia for educational or relocation reasons are highly regarded by Indigenous Australians because of the privileges granted to them? If you don’t know, you need to know why. If you’re wondering, the answer is jealousy. Indigenous Australians grieved as a result of their unjust treatment, and they directed their anger at Africans coming to their country. As a result of the stress, fear, and other negative feelings associated with discrimination, these Indigenous people suffer the emotional and physical consequences of their experiences. If people make unkind statements or introductions about themselves, they have the potential to enter into such statements or stereotypes. 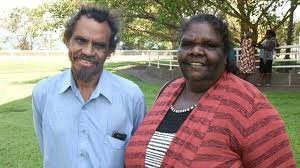 Eventually, they may no longer take care of themselves and may neglect sleep and exercise, or they may even smoke, drink, and use illegal drugs to cope. It is possible for one generation to pass on the devastating consequences of prejudice to the next. Think about what it would be like to be an outcast, knowing that no matter what you do, there is no change and no long-term solution is offered. No matter how hard you work, your white peers who don’t work much or have less experience and qualifications prefer you, no matter how hard you work yourself. Imagine how unfair you will be treated if you go to the police for help and they take longer to respond because you have black skin. The fact that the Australian constitution does not stipulate penalties for racial segregation against Indigenous Australians does not help the situation. Suicidal thoughts among Indigenous peoples are fueled by feelings of hopelessness. If the Australian Government ratifies the United Nations Declaration on the Rights of Indigenous Peoples (UN Declaration on the Rights of Indigenous Peoples), it will establish the basic standards for the recognition and protection of the rights of Indigenous Peoples. Indigenous peoples around the world. These standards include the recognition and protection of Indigenous peoples ’rights to identity, land and resources, self-determination, freedom from discrimination, culture, tradition, and language. All this is just work on paper because it is not done and implemented. Let us ponder these questions for a moment. Is it a crime to be a person with black skin? What about people of color who are treated unfairly around the world? From Yemen to India and Lebanon, where are you from? No matter what the answer is, there is no justification for the abuse committed by black people in our country. We can never be free until all races are impartial in all aspects of their lives.