A guy has been charged with impersonating the police minister on Facebook and has appeared in the White River Magistrate's Court in Mpumalanga. On Thursday, Zakhele Morris Nkosi, 34, made an appearance in court on allegations of fraud. Following a Hawks investigation that connected him to the impersonation of Police Minister Bheki Cele, he was sent a summons last month. Nkosi was accused of establishing fictitious social media profiles, which the authorities had uncovered in 2020 during the height of the Covid-19 lockdown. Social media posts in April 2020 announced that Cele will repeal the alcohol restriction that was in effect at the time. Police became aware of the various accounts pretending to be the police minister as a result of the bogus posts. 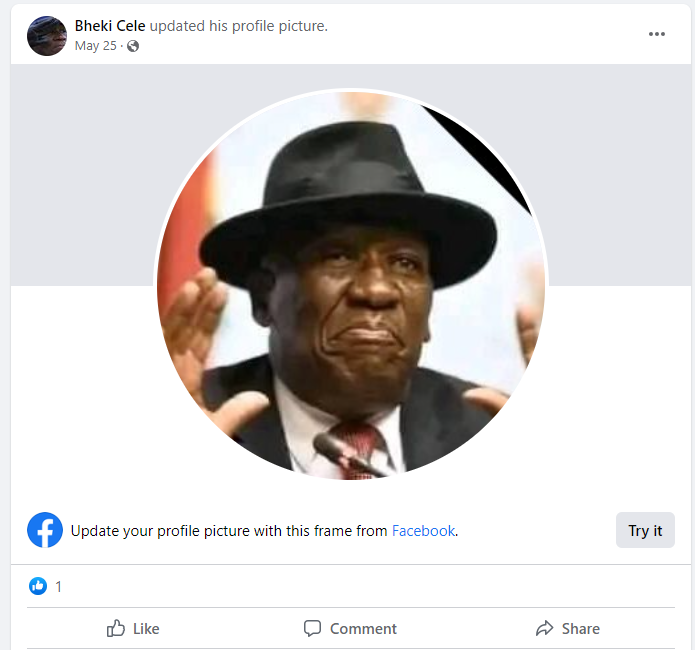 Lieutenant Colonel Philani Nkwalase, a spokesman for the Hawks, said: The investigation found that the name and pictures of the police minister were being used on 161 Facebook pages and two Facebook groups. For creating phony Celeb profiles, one person has been charged in court. Mzomusha Hlongwane, 25, was connected to a number of Facebook sites and has an appearance date in KwaZulu-Bergville Natal's Magistrate's Court of September 30, 2021. He admitted guilt to all counts and was given an R1,000 fine or a 30-day jail term for breaking the terms of the Disaster Management Act as well as an R2,000 fine or a two-month prison term for fraud, both of which were postponed for five years. On Thursday, Nkosi is expected to make another court appearance. As the investigation went on, further arrests were most expected, according to Nkwalase.

Say A Quiet Prayer For Me, My Heart Is Heavy -Tonto Dikeh Pleads For Help.

"Jacob Zuma was bad, but Ramaphosa makes Zuma look like the angel SA never had." Shots were fired

A Woman Bathing Snakes Caused A Stir On Social Media