Good News: Four police officers who have been accused of killing a man have been found not guilty

We now have Good news regarding the police officer who was accused of killing Mthokozisi Ntumba and whose case was dismissed. Continue reading the following. 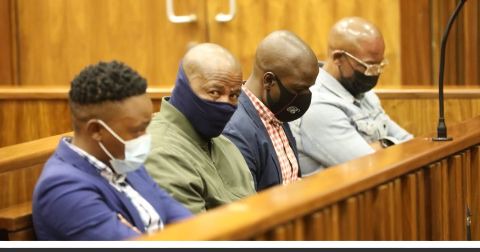 Four police officers accused of killing Mthokozisi Ntumba during a student protest in Braamfontein, Johannesburg, last year have been stated not guilty by the Johannesburg High Court.

No state witness, to judge Mawabo Malangeni, who was able to connect either of the defendants to the shooting death of Ntumba on March 10, 2021.

Malangeni said that no reliable evidence could be offered by the state to support a conviction. 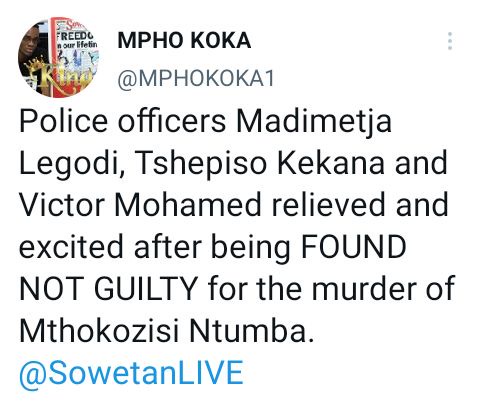 According to the news on the radios and social media, The four accused—Tshepiso Kekana, 27, Cidraas Motseothatha, 43, Madimetja Legodi, 37, and Victor Mohammed, 51—brought their motion for discharge of the allegations against them under section 174 of the Criminal Procedure Act in March, following the conclusion of the state's case.

This application is submitted after the state has stated its case and the accused believe there is no need for them to testify because the state's case is weak. 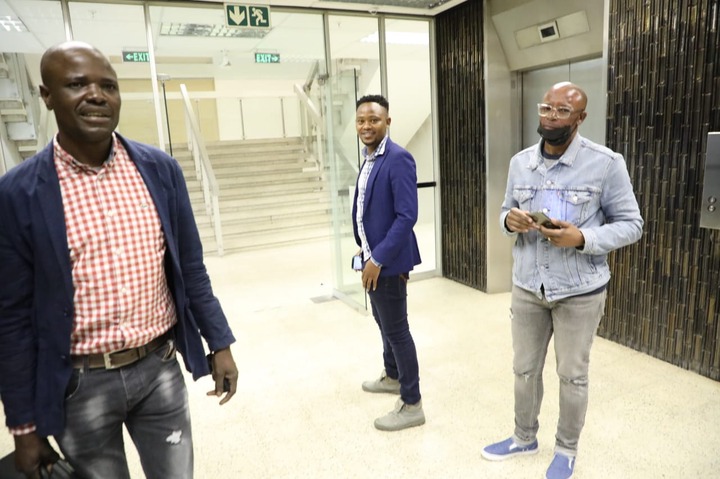 They had entered a not guilty plea after being accused of murder and attempted murder.

Ntumba, 35, was shot and killed not long after seeing his doctor at MyClinic Health Care on De Beer Street for a consultation.

Police used rubber bullets at University of the Witwatersrand students who were protesting historic debt and demanding to be registered, killing the father of four.