"We Fear For Our Lives In Prison " Phoenix Murders 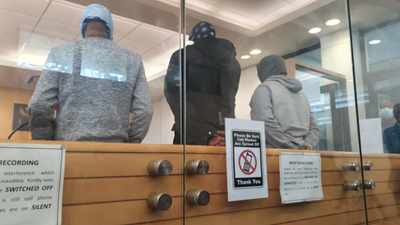 A POSITION of Phoenix riots that killed 36 people, injured dozens of people, destroyed property and set fire to cars is expected to be filed soon.

This was revealed by Justice for Africans, who said the State should explain where it was at the time of the turmoil, when the Indians were ‘expelled by Indians’ in Phoenix?

The organization said that from July 12, until July 15, the eThekwini metro police, the SAPS, the army and other security forces could not be detected.

The organisation's chairman, Jackie Shandu, said the State had failed to uphold the constitutional obligation to protect the health of all.

Shandu said the State sold out racism in an act that showed a lack of concern for the lives of the poor.

“The State is guilty, it was not found to prevent what happened in Phoenix, people were being destroyed by criminals for four days in a row. If there were security forces they would have intervened immediately and not even half of the people would have been killed, '' Shandu said.

Fifty-six people have been arrested and charged in connection with the Phoenix riots.

The suspects were arraigned in court and asked for a re-application for bail on Friday.

The brothers, Dylan Govender, 29, the first accused, Ned Govender, 30, the second suspect, and member of the public, Jeetendra Jakisson, are expected to return to court tomorrow to apply for bail.

They are accused of killing Mondli Majola of Zwelisha, who was shot dead and his accomplices severely beaten in Palmview, Phoenix in July.

The brothers' lawyer, Advocate Carl van der Merwe, told the court that the suspects, who were representing Govender's siblings, had made up their minds and would re-apply for bail because their lives were in danger at the Westville jail, where they were being held. They want the trial to continue until they are out of jail. Magistrate Irfaan Khalil ruled in his favor.

It will be recalled that the accused had rejected their bail application on their last court appearance. They had been disgusted by their lawyers who had first watched a shocking video depicting Majola's brutal murder.

The tribesmen said the suspects should not be released on bail because they showed cruelty and cruelty because they were motivated by apartheid.

In another case, Phoenix police volunteers Ivan Govender and Moses Peters appeared on charges of obstruction of justice and intimidation of witnesses. They allegedly tried to force a witness to change his statement about the killing of six people in Phoenix.

Their case was postponed to November 10 when the state planned to show the court video evidence and bring in two more witnesses.

Mr Moses Peters faces charges of obstruction of justice and intimidation of a witness in the killing of six people in Phoenix. Photo: Tumi Pakkies / African News Agency (Ana) was reinforced on abundance of security police officers in this court yesterday.

Indians Jackie Shandu Justice for Africans Phoenix We Fear For Our