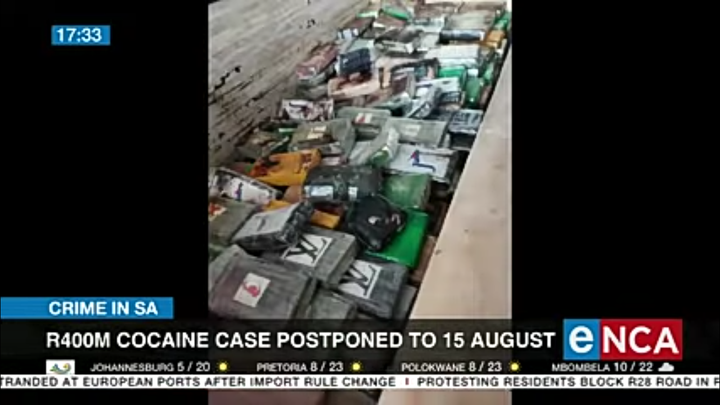 According to the HAWKS and the Western Cape police, they made a fellow up and they noticed a suspicious vehicle along the N1 freeway by the Engen garage coming from the opposite direction heading to Cape Town side. When they stopped the vehicle, they searched it and discovered drugs that are worth over R400 Million. The police Minister, Bheki Cele, went to Cape Town and attended the court case. Bheki Cele said that the police must be applauded because there were not reacting but they were proactive in this case. He also said that, he has been told that this seems to have a link between Western Cape and Gauteng where drugs are manufactured in Gauteng and then get transported and descributed in provinces like the Western Cape and other provinces.

The Minister also said that they did notice that most of these drugs that are coming from JHB will end up in locations like Cape Flats where they see quite a big number of bust, not only from the police side but also from the local police. "What brought us here is to put some good news to the police. Western Cape police and law enforcement have been doing quite a good job. Today we saw 3 gentleman, if they are gentleman, that have appeared for the bust done by the crime intelligent together with the HAWKS of more than 600Kg of cocaine which they estimated it on R404 Million, close to half a billion Rands bust on the 4th coming down from Gauteng coming to here (Western Cape). But also the forces have arrested or have found another 40 000 tables after that."