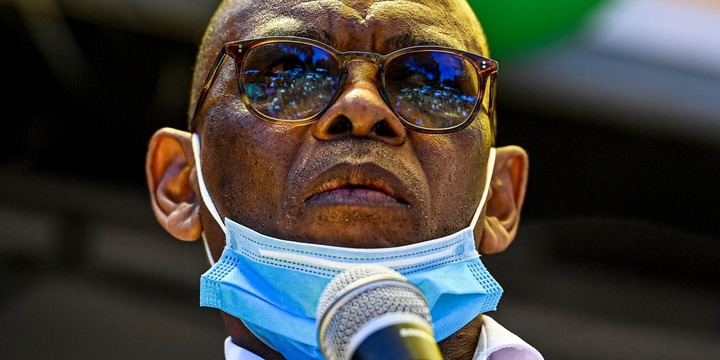 Ace Magashule, the suspended secretary-general of the ANC, has requested seven declaratory orders from the court, but the National Prosecuting Authority (NPA) has accused him of trying to delay the start of his criminal trial in the R255 million Free State asbestos scandal by making "vague" and "woefully inadequate" arguments.

Regarding the 2014 contract the Free State Department of Human Settlements issued to the Blackhead Consulting joint venture (JV) to audit and remove asbestos from homes, Magashule has been accused of fraud, corruption, and money laundering.

A large number of people in the Free State still reside in homes that contain asbestos as a result of Blackhead's repeated subcontracting of the work; of the R230 million that was paid, only R21 million reached the business doing the work.

Magashule has asked the Bloemfontein High Court to rule that he was not an executive authority about the contract, compel the State to reveal a list of witnesses who implicate him, and rule that there is no prima facie case against him that could lead to a successful prosecution while the case against the former premier and his 15 co-accused has been postponed repeatedly.

The Free State's acting Director of Public Prosecutions (DPP), Navilla Somaru, stated in an affidavit: "This line of behavior is intended to postpone the criminal trial and prevent Magashule from having to enter a plea to the various offenses he is accused for.

"In reality, Magashule is asking for a sneak peek of the State's evidence. He is not entitled to a sneak peek at the State's viva voce testimony under the constitutional guarantee of a fair trial.

Magashule claimed in his plea that there was no evidence of a valid case against him on the docket, concluding that the trial was a politically motivated "fishing expedition" meant to disgrace him and exclude him from the ANC.

The information that the State has in its hands "discloses that there is a prima facie case for prosecution and that there are reasonable prospects of such prosecution against Magashule arising from these payments, and his request therefor and/or knowledge thereof," Somaru said.

She listed the payments made by the Blackhead group company Diamond Hill, which was affiliated with the slain businessman Ignatius Mpambani, at the behest of Magashule's personal assistant Moroadi Cholota.

The Blackhead Consulting JV got a payment from the Free State Department of Human Settlements that was allegedly due in connection with the asbestos contract, Somaru noted. "It is noteworthy that each payment as aforementioned followed swiftly thereafter," he added.

In all cases, Magashule has a case to prove because the payments were made on his orders, or at the very least with his knowledge.

Cholota would show up as a State witness, according to the NPA, when Magashule was charged in November 2020. In an email to prosecutors that Cholota sent, which was cited by Somaru, she pledged to provide "100% assistance" in the investigation and stated that she had done so up until meeting the NPA in November in the US, where it is believed that she is currently studying.

Since then, Cholota has chosen against serving as a state witness, and Magashule is asking for a declaratory order to that effect.

"The State thought that Cholota was a State witness, which was in keeping with the impression she created, until the State's last interview with her in the United States, during November 2021," said Somaru.

"She never felt coerced or pressured to meet with the State, and she always did so without formally objecting. Cholota only withdrew her cooperation as a result of the meeting. As of right now, the State has decided to add Ms. Cholota to the list of defendants in this case.

Somaru argued that Magashule could not have known Cholota's position because he was not allowed to contact the witness and he had not provided an affidavit from his former personal assistant, even though Magashule claimed Cholota was intimidated by the prosecution. The claim was "woefully weak and devoid of any substance or admissible proof," according to the DPP.

The former premier's assertion that the matter was political was attacked by Somaru as being "totally imprecise, respectfully romancing, and fantastical."

Magashule does not point to any politician who would have a grudge against him and also have influence inside the NPA, nor does he suggest why this would be the case, Somaru said while acknowledging that investigators referred to Magashule as "Mr. Ten Percent," which he claimed demonstrated prejudice.

Magashule must present his case in court even if he can show that prejudice played a role in the decision to charge him, according to Somaru.

According to Somaru, who is one of the people pursuing charges against Magashule, "the requests made and monies received pursuant thereto exhibit the hallmarks of corruption and satisfy the requirements of sections 3 and 4 of [the Prevention and Combating of Corrupt Activities Act]."

"Cholota and Magashule must both explain why payments were requested from Mpambani, particularly during or immediately after the times when payments were paid to the Blackhead/Diamond Hill JV by the Free State Department of Human Settlements," says the statement.

Ramaphosa kissed and hugged his fans during Letsema campaign

'I want him back' - PSL Club Boss On Orlando Pirates Star

Another Truck Accident In The Province Of KwaZulu-Natal

October payout from SASSA. Check the date that your grant can be picked up.