On Saturday night, the Gauteng High Court will hear arguments against the continuation of the ANC's Gauteng provincial conference.

Jabulani Sithole has petitioned the court to stop the Gauteng elective conference from proceeding.

The quarantined Ekurhuleni votes are a major topic of discussion.

The Ekurhuleni branches' 19 votes would be quarantined at the 14th provincial conference, but the executive committee declared this on Friday.

Sithole, who is also an ANC member, hails from the Mzwakhe Ngomane branch in Ekurhuleni.

Sithole claims in his application that the meeting couldn't have been held legally until the problem with the five branches was resolved.

According to Sithole's account, the NEC not only allowed conference to proceed despite the issues but also delegated its authority to the PEC to resolve the situation by having the PEC resolve the disputes between the branches and hold the votes in quarantine.

I disagree that the NEC was justified in sending the same matter back to the PEC under those conditions. This is because the PEC cannot legally refer the same concerns to the NEC for a resolution while the NEC is the highest decision-making body of the ANC in between conferences.

Allegations of anomalies have led to the quarantining of 19 votes from 5 branches at the Ekurhuleni conference, where Mzwandile Masina was re-elected as chair. 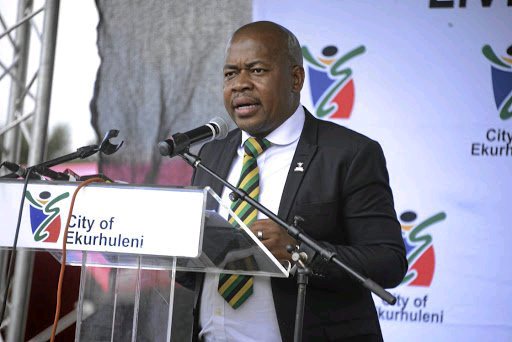 Masina received 163 votes versus Doctor Xhakaza's 151, resulting in a victory for Masina. It was noted that the outcomes were provisional until a final determination could be made on the quarantined ballots.

During a press conference on his last day in office on Friday, outgoing provincial secretary Jacob Khawe warned that ANC members could take legal action if they thought their complaints were ignored.

In the meantime, ANC provincial chair David Makhura told reporters at an impromptu press conference that the party will fight the case in court.

While the appropriate bodies dealt with the court application, he said the conference will go forward with the commissions.

We have five different departments, and this conference has made it clear that they will not hold us hostage. One of the delegates has exercised his right to file a lawsuit challenging the legitimacy of the conference in court.