By Beejaypen (self media writer) | 2 months ago

In August 2021, Babita Deokaran was assassinated in front of her home. This was allegedly in response to her having raised concerns about corruption within the department of health. 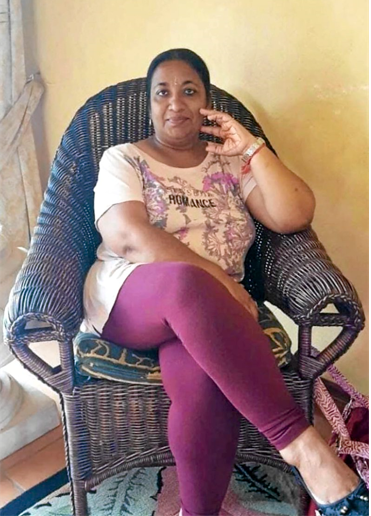 Babita Deokaran was gunned down outside her home in August 2021.This was after she had allegedly blown the whistle on corruption within the department of health.

The National Prosecuting Authority announced on Tuesday that the trial of the suspects charged with murdering corruption whistleblower Babita Deokaran has been transferred from the Johannesburg magistrate's court to the high court.

The decision was made during Tuesday's court appearance of the six accused.

July 22 has been set for a pretrial hearing.

"Earlier today, Phakamani Hadebe, Zitha Hadebe, Nhlangano Ndlovu, Sanele Mbhele, Simphiwe Mazibuko, and Phakanyiswa Dladla were served with indictments for murder, attempted murder, conspiracy to commit murder, and possession of an unlicensed firearm and ammunition. The accused were arrested in Rosettenville on August 26, 2021, along with a seventh suspect who was not charged due to a lack of evidence against him," NPA spokesperson Phindi Mjonondwane said.

"On August 23, 2021, Deokaran was fatally shot outside her Winchester Hills home, shortly after returning from dropping her daughter off at school. She was in the company of another individual, which is why she faces an attempted murder charge," Mjonondwane added.

The 53-year-old was previously employed by the Gauteng health department as chief director of financial accounting and served as acting chief financial officer at times.

Deokaran was one of 300 witnesses called to testify in an investigation into irregularities in the procurement of personal protective equipment (PPE) in Gauteng.

Her involvement in the investigation is believed to have played a role in her assassination.