CAPE TOWN – Two men showed up in the Cape Town Magistrate's Court on Monday on charges of homicide after a cop was gunned down during a furnished burglary. 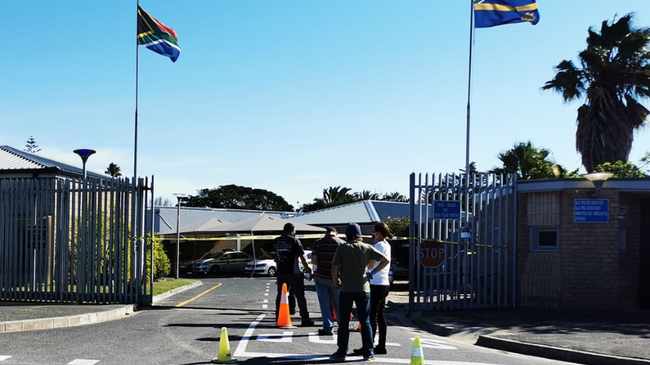 Baxolele Matolo and Luyanda Futile showed up in court on charges of homicide, endeavored murder and furnished burglary. Four suspects were captured.

The argument against the men has been delayed until December 6, for bail application.

The court requested the denounced to be remanded in care.

The third co-charged didn't show up in court as he stays in medical clinic under police care.

The fourth blamed had been delivered.

The police were gotten down on after a business theft by four equipped suspects on Friday, November 26.

The suspects held the staff of the business premises at gunpoint inside the structure and began taking shots at police as they escaped.

During the shootout, two cops appended to the Table View police headquarters and two of the equipped looters were injured.

Molema kicked the bucket upon landing in the medical clinic.

Police quickly dispatched a manhunt for the got away from suspects and the case was given over to the Directorate for Priority Crime Investigation (Hawks) for examination.

Birds of prey representative, Lieutenant Colonel Philani Nkwalase affirmed the other two suspects were captured on Saturday by individuals from the Hawks' Serious Organized Crime Investigation group in Bellville alongside Crime Intelligence and the National Intervention Unit.

Nonetheless, Nkwalase affirmed one of the suspects had been delivered as no proof could connect him to the wrongdoing.

"One presume stays in medical clinic while one more who had been released from clinic after therapy was delivered as there was insufficient proof against him," Nkwalase said.

At the end of the week, local area individuals, associations and security powers in the Table View region all honored the killed official by hanging strips and cards on the police headquarters entryway.

Disturbing| Foreigners Have Now Crossed The Line, See What They Were Found Selling

Opinion| we must stop making excuses for Cyril Ramaphosa, he has failed us, see why

PHOTOS: Bheki Cele wife's is fire, Her beauty and fashion sense will leave you speechless