An impending death from a fatal disease is at the heart of the appeal case in which Jacob Zuma is attempting to avoid jail time. The former president has appealed the decision that his parole release was unlawful, but the Supreme Court of Appeal has reserved judgment on the case. The lawyer representing Zuma says there is no doubt his client is terminally ill. 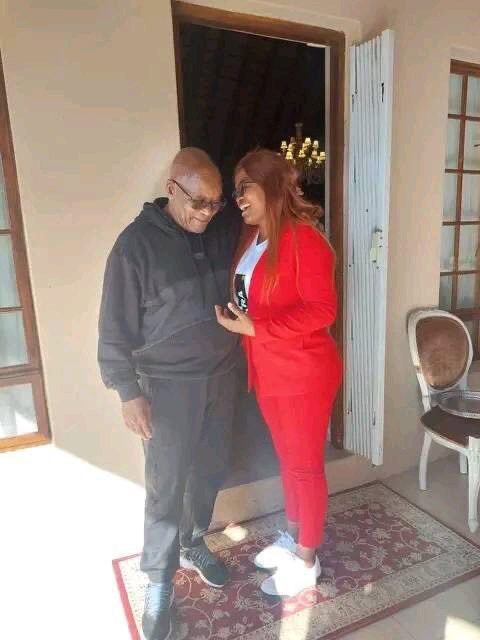 Because of Mpofu's testimony that Zuma is ill when he is not, his reliability in court has been called into question. Goolam, Cyril Ramaphosa's biggest fan, took to Twitter to cast further doubt on Zuma's supposed health. "Despite Dali Mpofu's allegations that Jacob Zuma is terminally sick, the president was spotted yesterday with a young woman who had paid him a "secret" visit. The man seems to be in good health overall, but when it comes time for him to stand trial, he suddenly falls ill "Statement by Goolam. An image of Zuma kissing a woman was published by Goolam. Although not much is known about her, the woman is assumed to be an influential figure.

A part of me agrees with Goolam. Former president Jacob Zuma shows no signs of slowing down in his "terminal" years. That no one in the country still thinks he's sick is hardly shocking.

Mpofu said that Zuma was entitled to constitutional protections since former prison superintendent Arthur Fraser had considered the recommendations of medical professionals who had determined that Zuma was terminally ill and advocated that he be paroled. 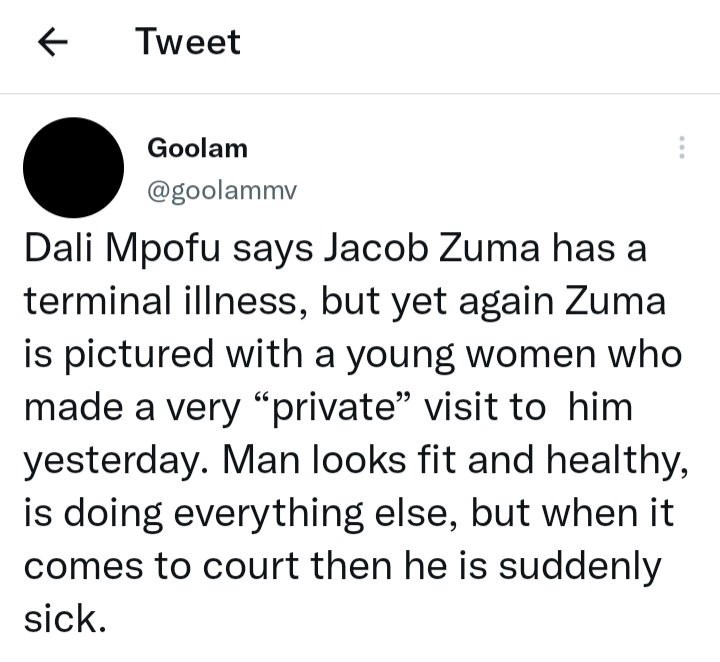 Because Arthur Fraser, a known Zuma loyalist, made a manifestly unconstitutional parole decision, the Supreme Court of Appeal should not uphold Jacob Zuma's appeal. It is unfair to offer medical parole to a man who is neither terminally ill nor severely physically impaired.