The owner of a local watering hole, Pontsho Mohlanka, was found guilty of murdering three people. 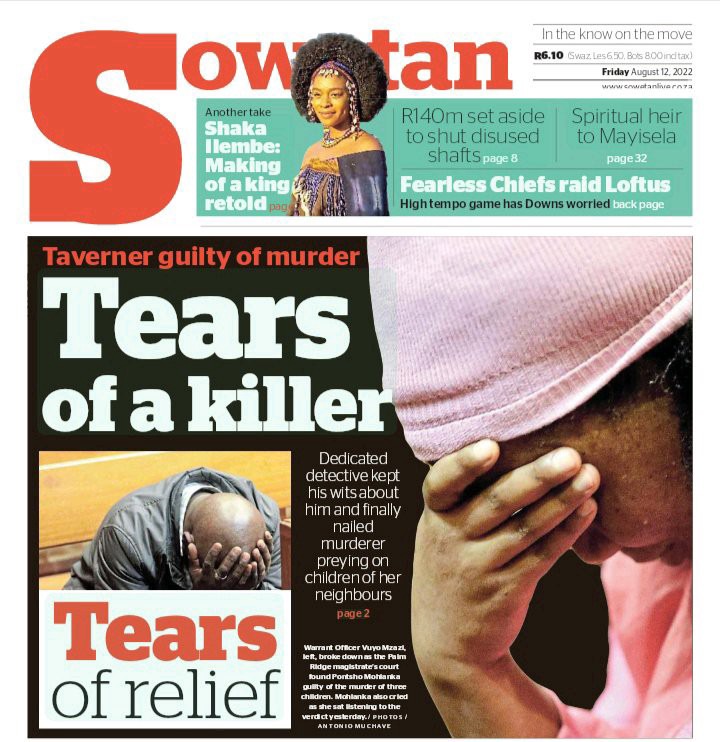 She was found guilty of killing three children within a span of five months: 5-year-old Mzwandile Zitho in April 2020, 6-year-old Simphiwe Mgcina in July 2020, and 8-year-old Mpho Makondo in September 2020.

The verdict was announced by acting judge Lillian van Wyk. She sat down and immediately began crying. 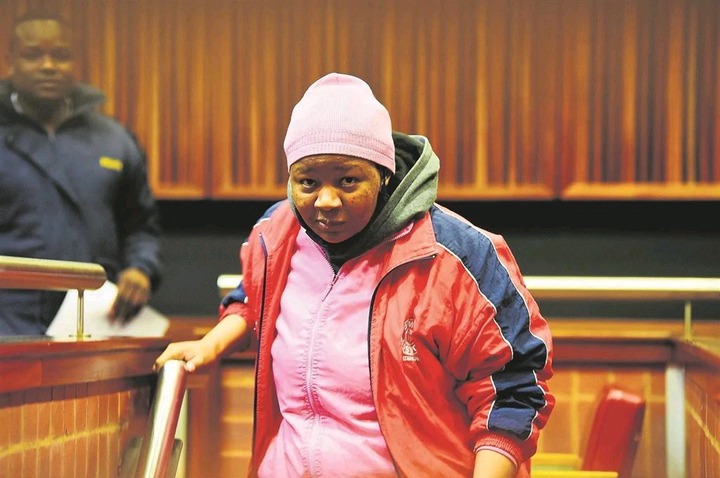 With tears streaming down his cheeks, Mzazi sat silently in court, oblivious to the uproar that had broken out.

Next to him was a stack of dockets. I've been anticipating this for a long time. When one of his fellow detectives brought him a handkerchief, Mzazi said, "This is what I wanted."

Mzazi added that he felt emotionally drained by the triple murder case because his children had the same names as the victims of Mohlanka's crime (Mzwandile and Simphiwe).

All of the bodies were discovered unclothed and unwounded. The body of Mzwandile was discovered inside the bar, wedged between a counter and a refrigerator; those of Simphiwe and Mpho were discovered nearby.

The court was told that autopsies determined that all three children had died of asphyxia.

Mohlanka testified under cross-examination that she and her partner killed the kids with a creature they hired to increase business at their bar. The boyfriend testified against a criminal and is currently living in witness protection.

The judge determined that his identity should remain concealed.

But Van Wyk said she wouldn't believe the story that her partner was a human bloodsucker because it wasn't presented to him in court.

Four Types Of Foods Every Woman Should Eat Regularly To Boost Their Fertility.