EFF has quietly deserted Busi Mkhwebane to fend for herself, see what SA says about Busi 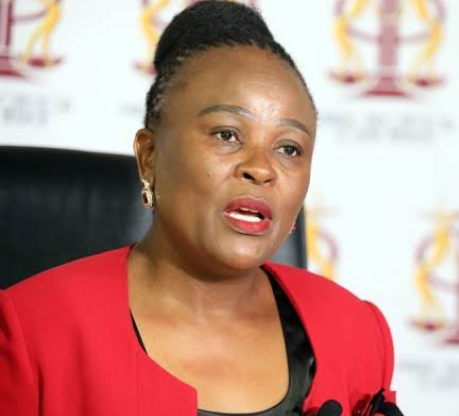 EFF has quietly deserted Busi Mkhwebane to fend for herself, They are not called flip flippers for nothing, I think they have realized that VBS matter is still very much alive. Shamila Batohi's train is also gathering steam. Wait and watch. If ayihlangani, people who were dared by Pauli to take her to court would've long done so. It will be a useless exercise, even if you win a case against her, she'll just write an apology.

If there was any truth to it, they would have been charged, courts deals with facts, not lies from newspapers. Mkhwebane lost most of her cases after Rules were changed. And it allows parties to take her findings for review. Even Madonsela w'd he lost some had the review principle existed during her tenure. It's unfair if consider that judgements are won on appeal daily. It's curious why the only 2 female PP's appears to be controversial. What happened to the men. They just collected salary checks, kept their heads down and laid low. Didn't ruffle too many feathers appear to have been the aim. Which review principles did not exist during Madonsela?

Only a fool would think their support is anything but temporary. They have a long history of flip-flopping. Why would the PP think she's any different, Right after insulting her, they were in her corner and she felt loved? But she should've known better that it was part of the political game, She is too ignorant to have seen that, they used her. They knew from the beginning it was a dead horse—they just piggybacked on the spotlight. The support meant nothing. It slowed down nothing. Brought her nothing. Only added to her many woes and sorrows.

What happened to the fund-raising scheme? So, they raised funds and used them. Maybe she is deserted because she asked money from them. Remember Dali Mpofu s price might be almost her monthly salary. And debts are all over her. That is how there are, she is not the only one that “homeless” parliament arsonist has been silently dropped as well, friends we keep. Anyway they are supporting her because she was a RET force now her faction is out in office, so she will do her job because her enemies are in office.