There is a general feeling among a small group of boys and young men that there are being left behind by society at large. This is why we have seen the rise of man's rights activism particularly on social media and online blogs. They argue that Men need to be empowered and educated on their rights when it comes to relationships, divorce, child support, and child custody among other issues.

The documentary named “India’s Sons”, which is about the trauma men undergo if they have been falsely accused and imprisoned for a case of sexual harassment perfectly paints one of the reasons why men feel like they are under attack. They see all government programs pushing for women's rights and allocating positions based on gender and race rather than competency.

Take a random sample for example "An accounting class at UJ" and ask how many females and how many males are in class. Females are dominating the humanities and commerce departments and almost 50-50 on the science faculties.

But beyond education and life opportunities the Male Rights Movement generally blames women for all their problems. The movement has grown to the extent of having "icons" or role models who are pushing the message. Online they encourage another man not to be a Simp and be lured by the snares of women.

Reggie meets the angry young British men who think feminism has gone too far. The pick-up artist Roosh V has one trick when it comes to dating and dealing with women, "Don't be a Simp bro". A slang which means that do give women too much attention or respect, women love strong, a little bit of controlling man. He also meets young guys espousing men's rights at Speakers' Corner in Hyde Park and the underground movement of male separatists of MGTOW.

Locally we have the likes of Shadaya Knight who was born in Zimbabwe but now living in Cape Town. Just a random sample of the tweets he shares daily with more than 125 thousand followers on Twitter alone. 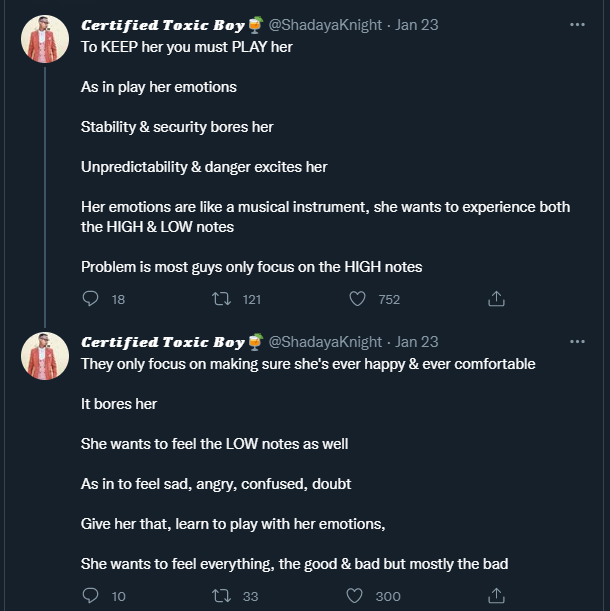 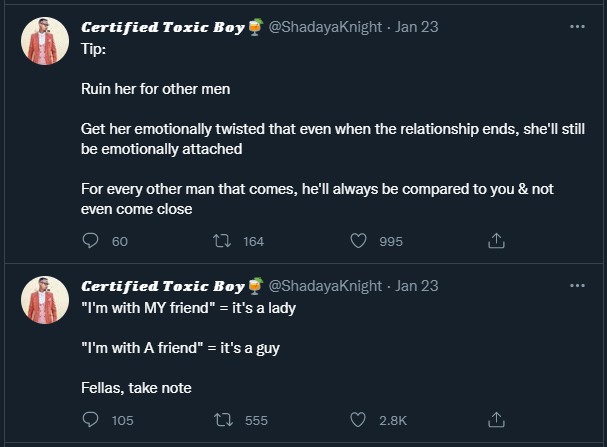 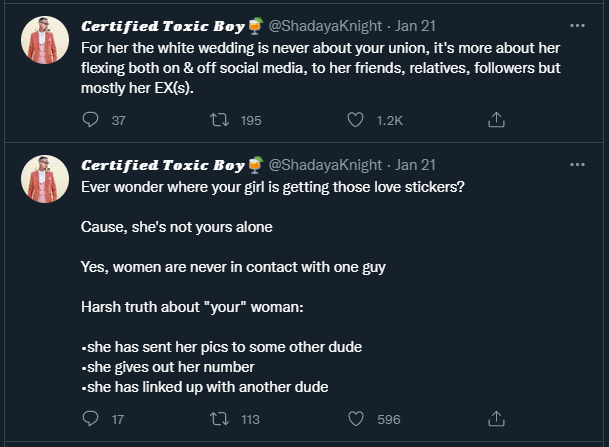 Trevor Noah and Minka Kelly break up once again

The only animal in the world that never dies