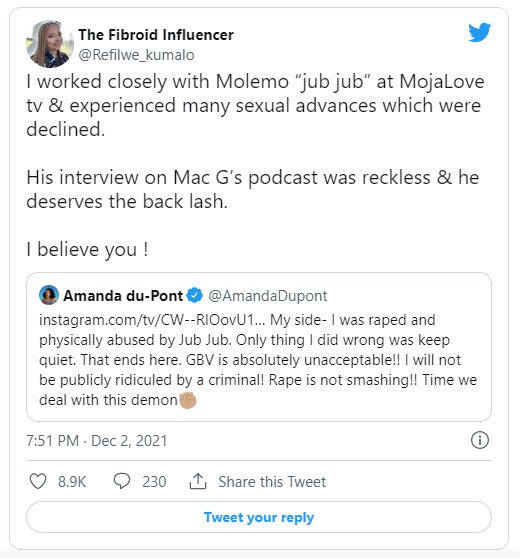 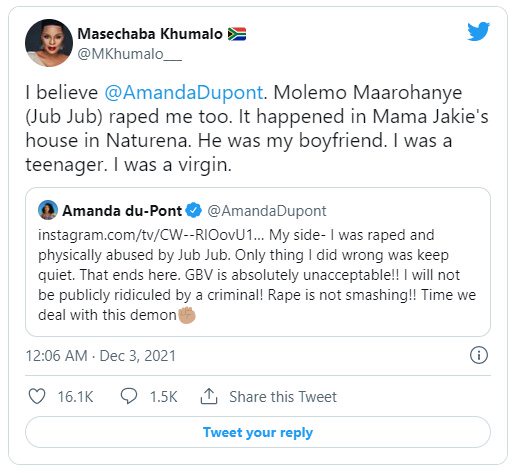 On March 8, 2010, Jub Jub and his friend Themba Tshabalala caused a serious accident while drag racing on a public road near a school while under the influence of cocaine. Four children were killed, and two more were left with brain damage. 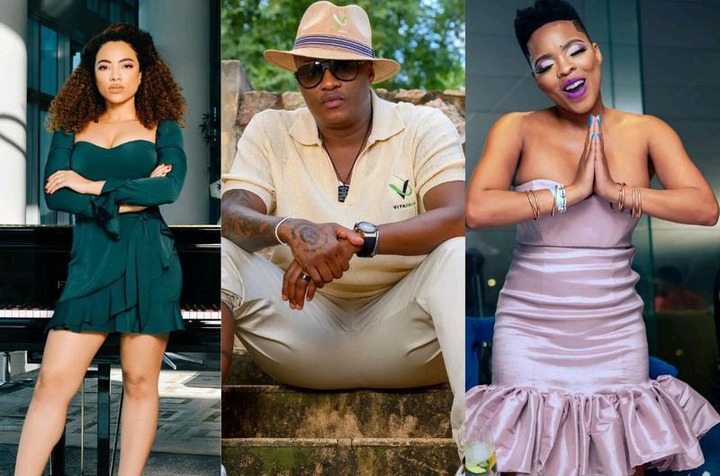 Both were sentenced to 25 years in prison on December 5, 2012, for murder, attempted murder, and three connected felonies. Jub Jub and Tshabalala's murder conviction was reversed to culpable homicide in a high court in Johannesburg on October 8, 2014. They were lowered from 25 years to 10 years, however he only served 4 years, one month, and one day of his sentence after he was paroled on January 5, 2017.

Now it appears that Jub Jub is in legal jeopardy once more as media personality and Nathi Mthethwa's spokesperson Masechaba Khumalo, also known as Masechaba Ndlovu, joined the list of those accusing Jub Jub of [email protected] Molemo [email protected] her while she was still a virgin, she claimed.

Her comments come only hours after Amanda du Pont, an actress and TV personality, accused singer Jub Jub (Molemo Maarohany) of [email protected] and attempted murder. Amanda made the shocking announcement in an Instagram video in reaction to Jub Jub's charges on a recent edition of Podcast and Chill with MacG.

Jub Jub stated he "smashed" Amanda and that their three-year romance ended after he cheated on her with singer Kelly Khumalo, according to the episode. Kelly enticed Jub Jub with muti, despite his lack of interest in a long-term relationship, according to Jub Jub.

Amanda, on the other hand, said she filed a police report the day of the first incident and that two of her friends are willing to help if the issue goes to court. Throughout the day, important women in the entertainment industry have spoken out in an attempt to persuade producers to cut relations with both Jub Jub and MacG for, at the very least, supporting misogynistic content.

On her response video, Amanda also chastised MacG for encouraging Jub Jub to make derogatory remarks about women and for using his platform to promote gender-based violence.