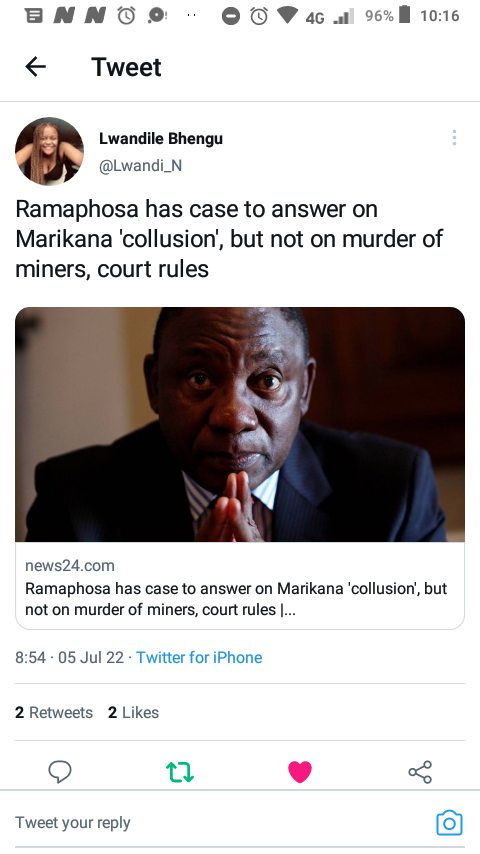 President Cyril Ramaphosa will have to respond to claims he unlawfully pressed police to kill Marikana miners, but a judge found no evidence he did so.

Dali Mpofu SC, who represents 349 miners who survived the police shooting of 34 of their colleagues on 16 August 2012, said that Ramaphosa was suggesting they be murdered by advocating simultaneous action against striking miners.

When the massacre occurred, Ramaphosa was a Lonmin director (now Sibanye Stillwater).

"The reasoning suggests, without providing evidence, that the workers were to be assassinated," he claimed after outlining Mpofu's email exchanges to bolster his charges against Ramaphosa.

"After reading the emails, I've found no evidence that the workers' murder was intended or foreseen."

Van Oosten ruled on exceptions acquired by Ramaphosa and Sibanye, who argue the R1 billion lawsuit launched against them by the surviving miners is based on "vague and embarrassing" charges that do not build up a case against them.

Ramaphosa praised the judge's verdict Monday night after he upheld four of his exceptions. The Presidency emphasized that proceedings "were not a trial and no evidence was presented."

"The court was debating whether the plaintiffs' allegations were legal," it said.

The Presidency noted Van Oosten found the miners failed to establish Ramaphosa owed them a duty of care as a former Lonmin director and stated "he cannot in law incur obligation to the plaintiffs in delict in his capacity as director of Lonmin, or in pursuit of his personal and Lonmin's interests."

This may kill the miners' chances of suing Ramaphosa.

The judge found the miners "had not proved that the president had any legal responsibility in respect to Marikana," the Presidency said.

The court didn't find that the president caused injury.

He dismissed Ramaphosa's allegation that miners failed to prove his direct actions and pressure on police high brass led to Marikana.

"As plaintiffs' counsel stressed, whether they can prove their charges at trial is irrelevant for now. As mentioned, the plaintiffs' accusations pass the factual causation test "saying

He also determined the miners met the legal causality test for their direct intervention claims against Ramaphosa. 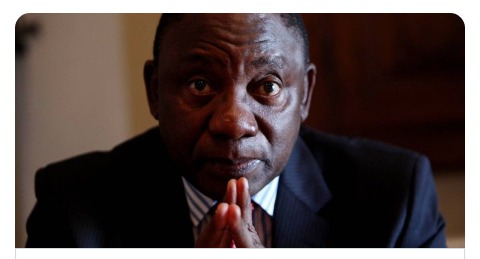