By Ntshala (self media writer) | 3 months ago 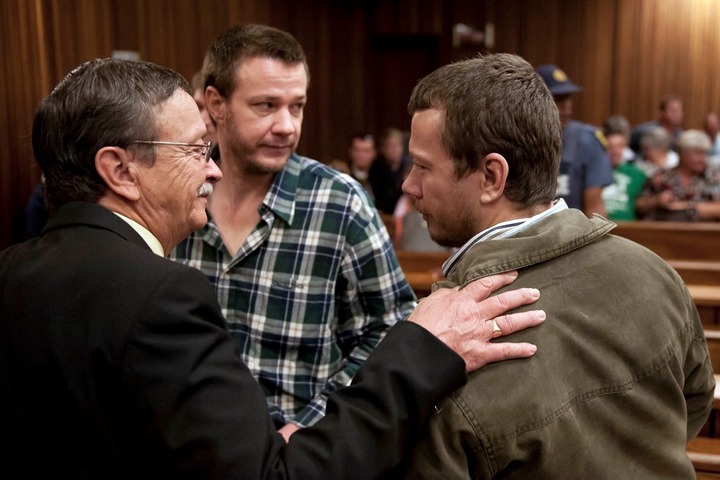 Three condemned convicts have been allowed access to use their personal computers in their cells without the need of a modem.

The Johannesburg High Court on Friday the 21st ordered that such use of computers is subject to a condition that the Boeremang family remain registered students at a recognized higher institution in South Africa.

This judgement comes after Justice and Correctional Services Minister Ronald Lamola and the correctional services department failed to persuade a full Bench of the Gauteng High Court in Johannesburg to overturn a 2018 ruling by the same court that allowed three former Boeremag members - Dr Lets Pretorius and his sons, doctors Johan and Wilhelm Pretorius - to keep their laptop computers in their cells for study purposes.

The court also decided that any representative of the court should be permitted to check the men's computers at any moment.

The three are doing time in jail for plotting to topple the government violently in the early 2000s. During a Boeremag bomb strike, a piece of steel landed in Claudia Mokone's hut, killing her. Lets Pretorius was freed on parole in 2020 alongside one of his sons, Kobus, who was claimed to be a bomb maker, after the application was purchased.

On Friday, the complete Bench decision was as follows: "The respondents, in my opinion, enjoy the following fundamental human rights: the right to human dignity, the right to study, and the right to continue education. They have the right to exercise these rights unless they are subjected to reasonable restrictions," sated High Court judges unanimously.

"The department's education policy infringes on such rights without explanation, implying that they discriminate against respondents in an unjustified manner, as required by the Promotion of Equality and Prevention of Unfair Discrimination Act."

"In a constitutional democracy that values human dignity, equality, and freedom above all else, these infringements do not serve a goal that is recognized justifiable by all rational individuals."

Pretorius and his sons were postgraduate students at the time of the application, and they were being imprisoned at the Zonderwater Correctional Centre in Cullinan.

On weekdays, they were only permitted to use their own computers and laptops from 7:00 a.m. to 14:00 p.m., and only in the community computer room during "open time."

"In addition, they would have to attend to ablutions, breakfast, and accept guests on a regular basis, reducing their 'open time.'"

"The respondents were not allowed access to, or use of, their computers or printers while they were locked up in their cells, which had a negative impact on their scholastic performances as post-graduate students who, according to the respondents, needed access to their study material for longer periods of time."

When they couldn't access their computers, the three detainees said they had to write assignments and dissertations by hand and then type them out, which caused them to fall behind on their work.

"All of this affected and inhibited their studying and studies unduly," the court concluded, "resulting in delays in the conclusion of their courses of study."

Content created and supplied by: Ntshala (via Opera News )