With the Chief Justice of the South African constitutional court, Mogoeng Mogoeng entering the last lap of his term of office, President Cyril Ramaphosa has a task of appointing his successor. 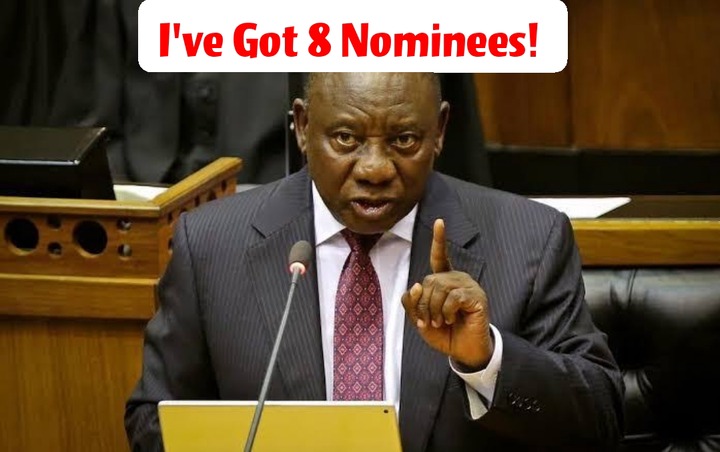 Ramaphosa is someone who has the propensity to do things out of the ordinary, any other President would have probably forwarded a single candidate to be interviewed by the Judicial Services Commission (JSC), but he decided otherwise, by sending out a message to the public to nominate candidates of their liking, who will be subjected to a rigorous process by an expert panel before he can choose three Nominees for the JSC to interview.

And boy did South Africans from across all spheres of life submitted names, 148 names were submitted but the list was trimmed to just 8, who are believed to have met all the requirements, however, some are questionable by any measurable standard according to South Africans on twitter. 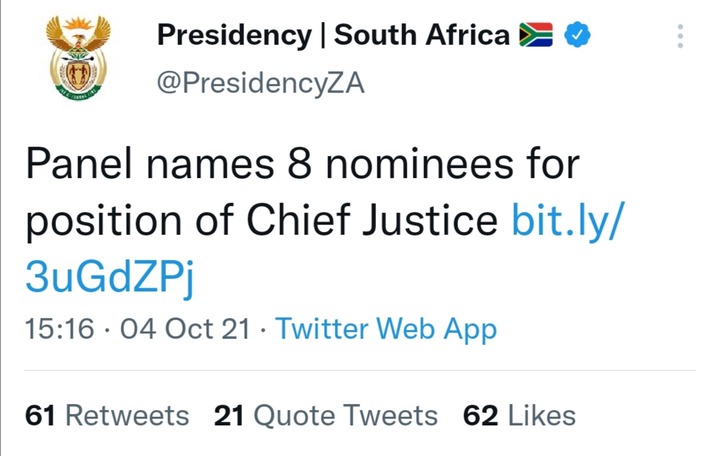 The office of the Presidency confirmed this afternoon that it has received 8 candidates, namely: 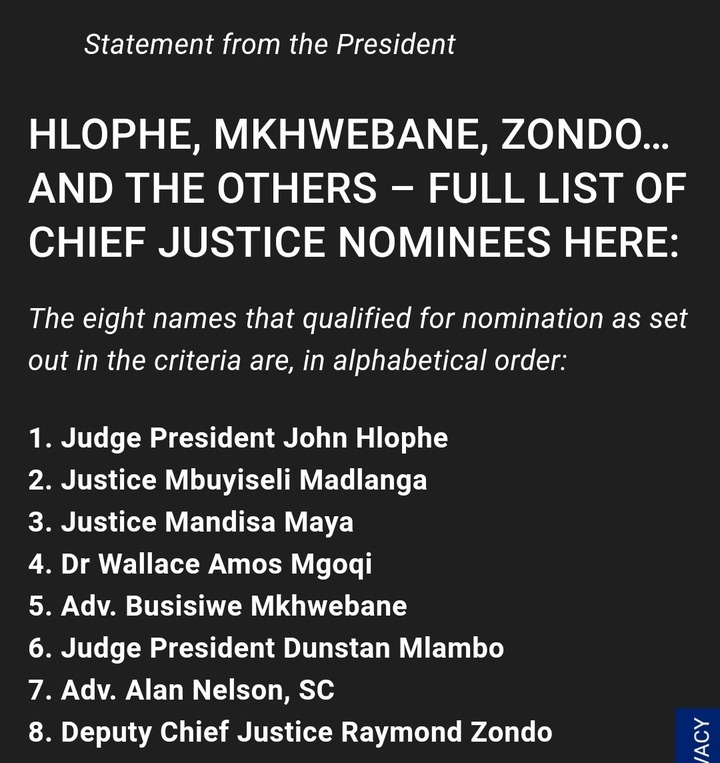 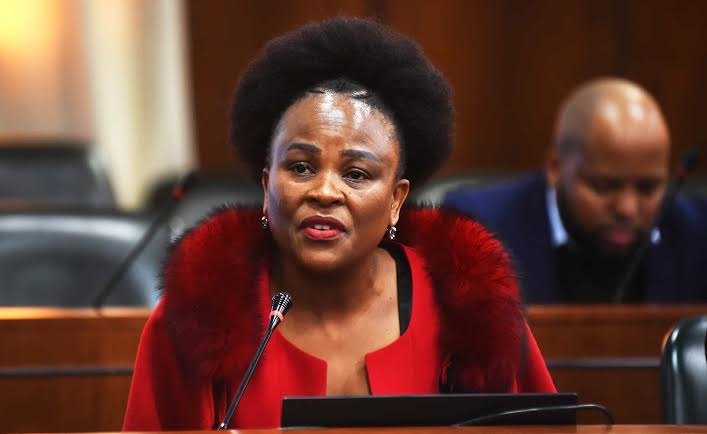 It is her name which basically left South Africans in maniacal belwiderment, mainly because during her tenure as the public protector, the ConCourt itself has delivered judgement that exposed her conspicuous and poor grasp of the law.

Of course no one is casting aspersions against her, similarly, the reason Parliament instituted the process to investigate her fitness to hold office was predicated upon the fact that a myriad of judgements went against in her. 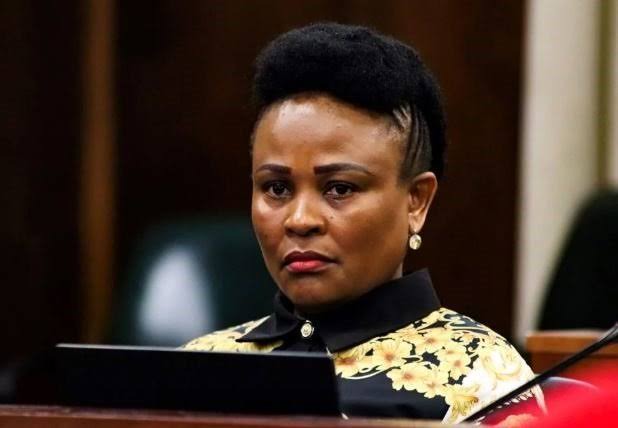 Moreover, one is finding it practically impossible that President Ramaphosa who has invariably went head to head with Mkhwebane in several legal matters, would consider her for the position.

But, our land is usually filled with many possibilities, Mkhwebane would certainly be feeling she stands a good chance.

Do you think Mkhwebane has an outside chance of emerging as the Chief Justice of the country. Who is your choice for the position anyways? 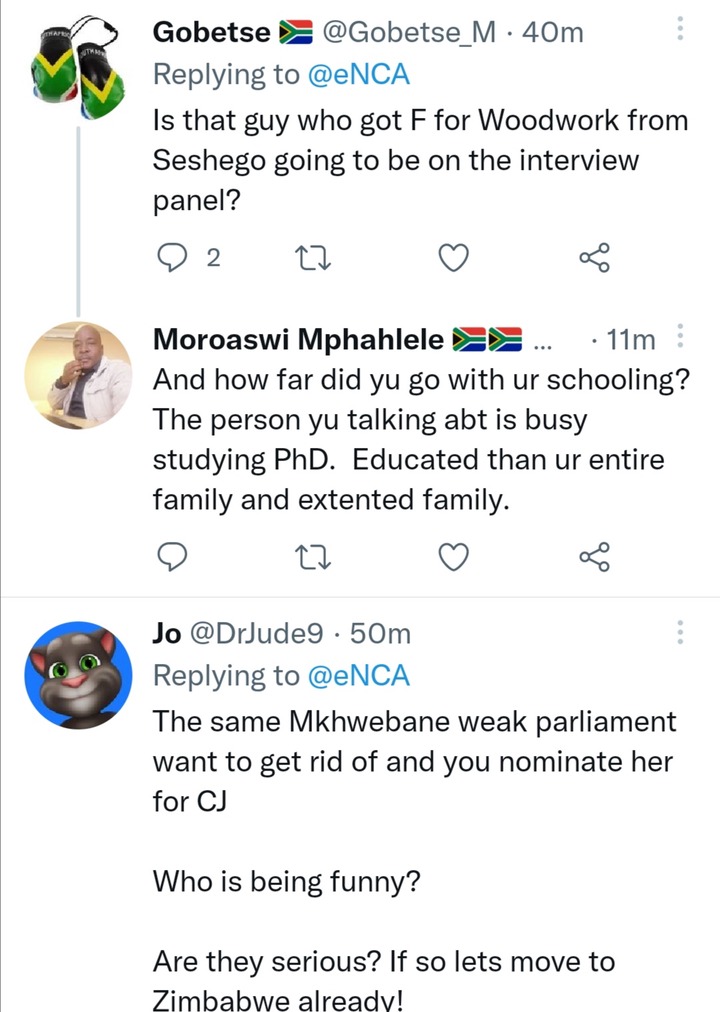 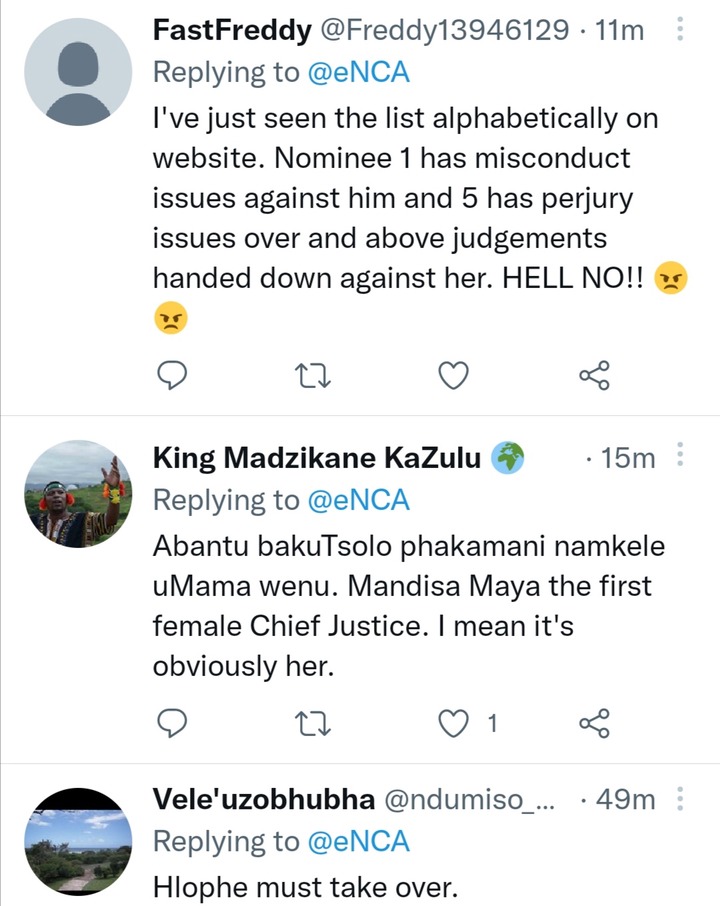 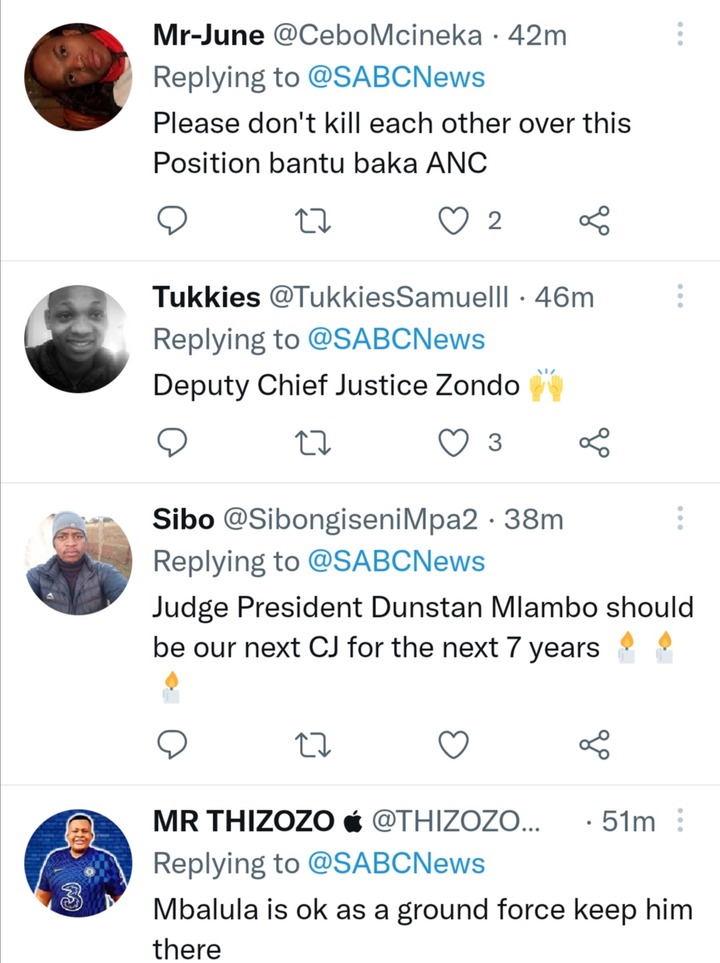 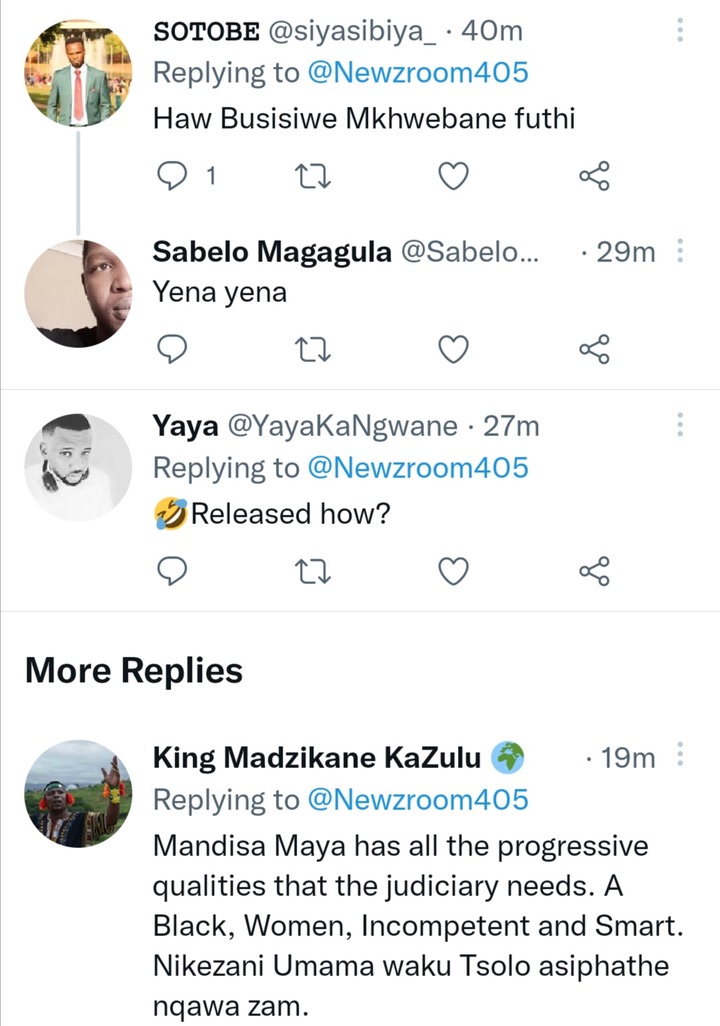 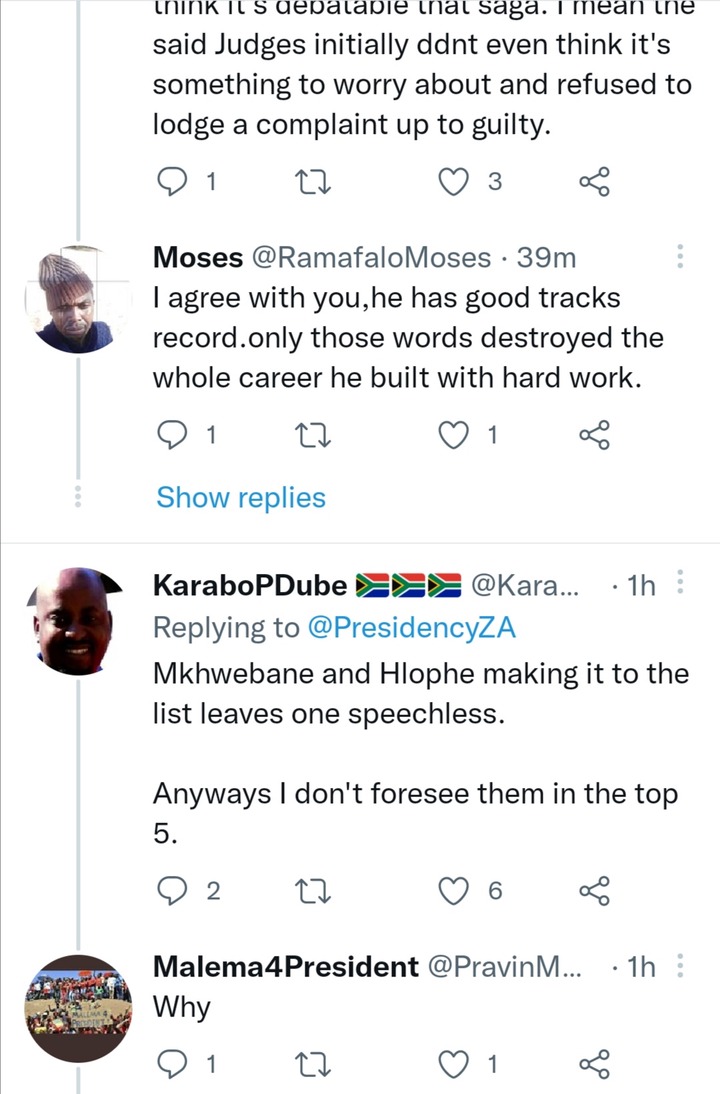 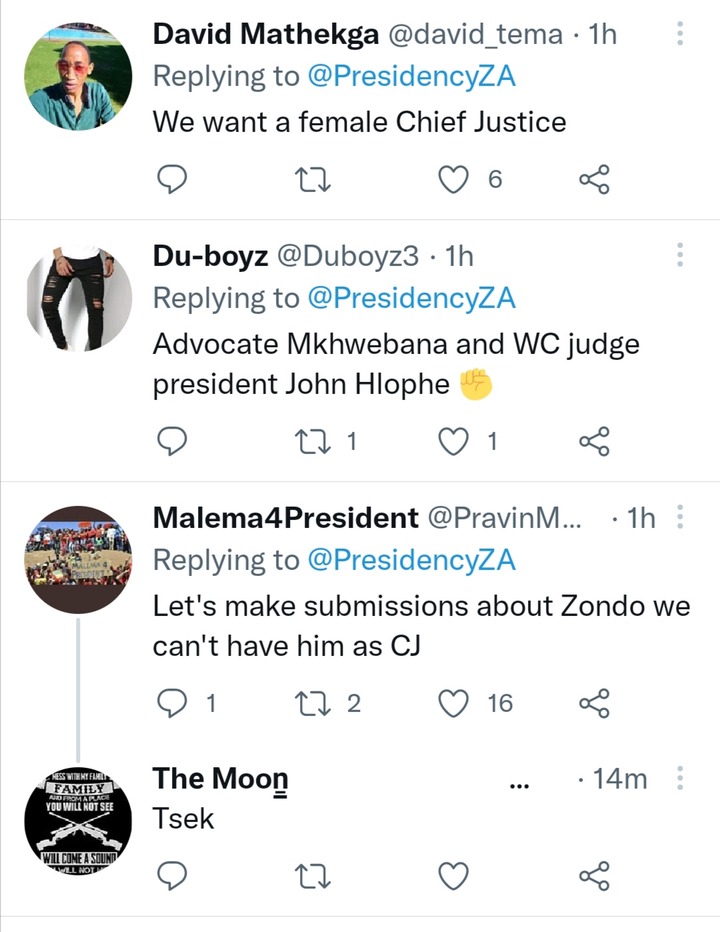 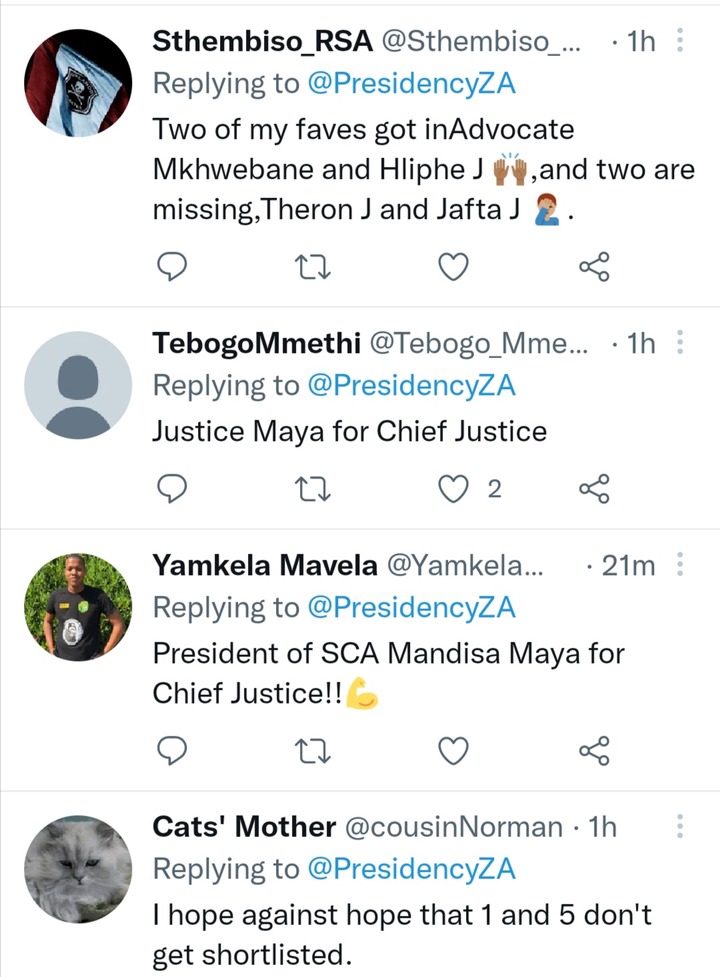