It never rains but pours for the Zimbabwean woman whose video went viral after she stole jewellery.

The woman was caught on CCTV footage and the video quickly went viral on social media for stealing Jewellery worth R500 000 in South Africa, has appeared before a Harare court charged for theft.

Kahwa was employed as a maid in South Africa while Sirani is a soldier who is stationed at the National Defence College as a fitness trainer. 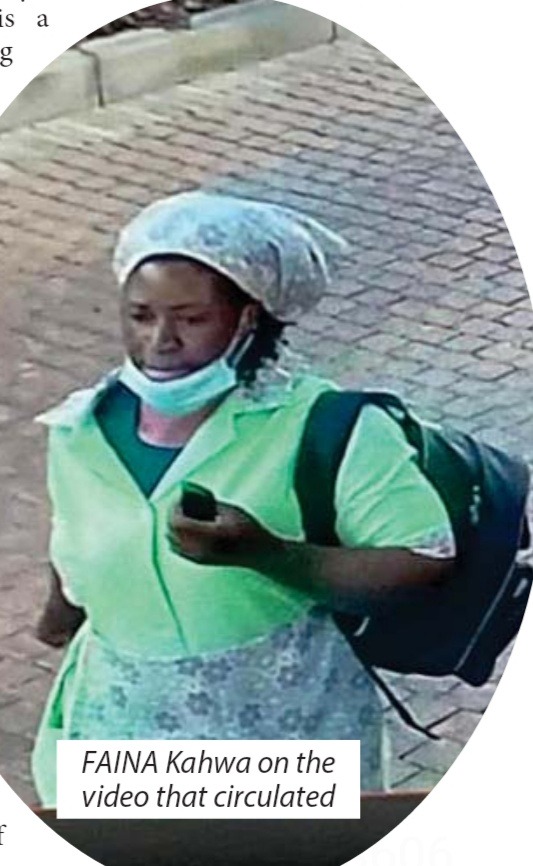 The complainant is Symon Junior Kumunda, who is a Malawian national residing in South Africa.

The court heard that on October 9, Kaunda left home leaving his maid Kahwa alone at home.

Kahwa was reportedly communicating with Sirani planning on stealing from Kaunda.

The court heard that on the same day, Kahwa stole jewellery worth R500 000 and left the house.

Kahwa reportedly then returned to Zimbabwe and met Sirani who took her to his place of residence.

The court heard that on October 17, detectives from CID Homicide received information that Kahwa was residing in Chitungwiza and they acted on the tip-off and arrested her.

Kahwa, upon being interrogated, implicated Sirani and told the police that he was in possession of the stolen valuables.

When police searched Sirani’s house, they recovered R131 850 which Kahwa had received after selling some of the jewellery and that was all that was recovered. Tapiwa Zvidzai appeared for the State. 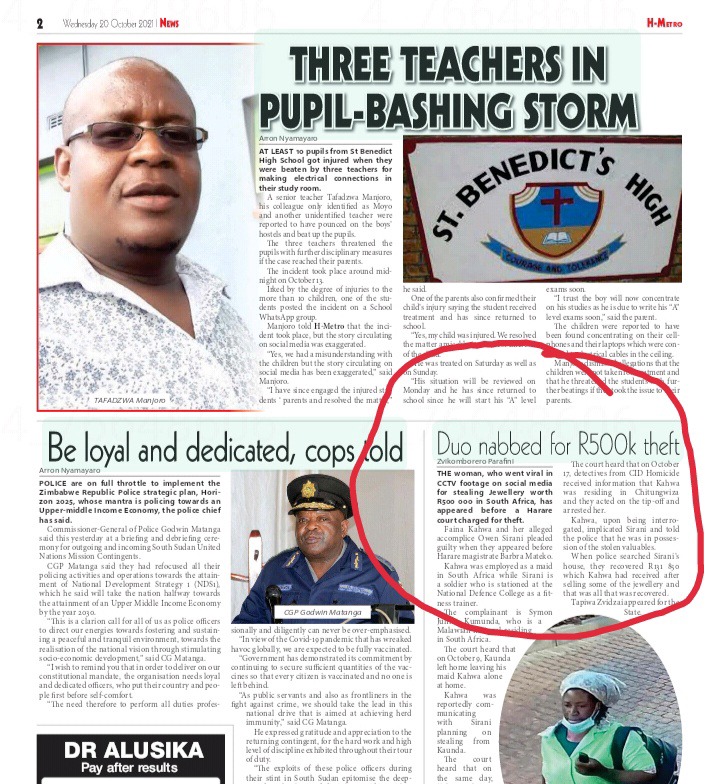