As the protests in Eswatini becomes intense, members of Eswatini royal family are gradually fleeing the country to Morocco. It was reported that the queen mother was allegedly the first to leave the country and her flight was tracked by an app, and she allegedly landed in Rabat, Morocco. The protest in Eswatini has gained momentum, and they are calling on the international community to come to their aid, citing numerous cases of human rights abuses against the government and the armed forces, who are allegedly brutalizing unarmed civilians. A popular news website reported this today that the queen mother fled the country last night and landed safely in Rabat. It also reported, “Mswati’s mother Queen Ntombi Tfwala secretly travelled to Morocco on Wednesday night. Planes tracking app suggest that she has landed in that country". 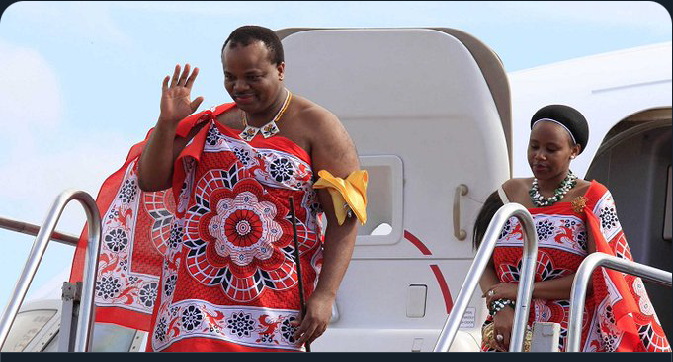 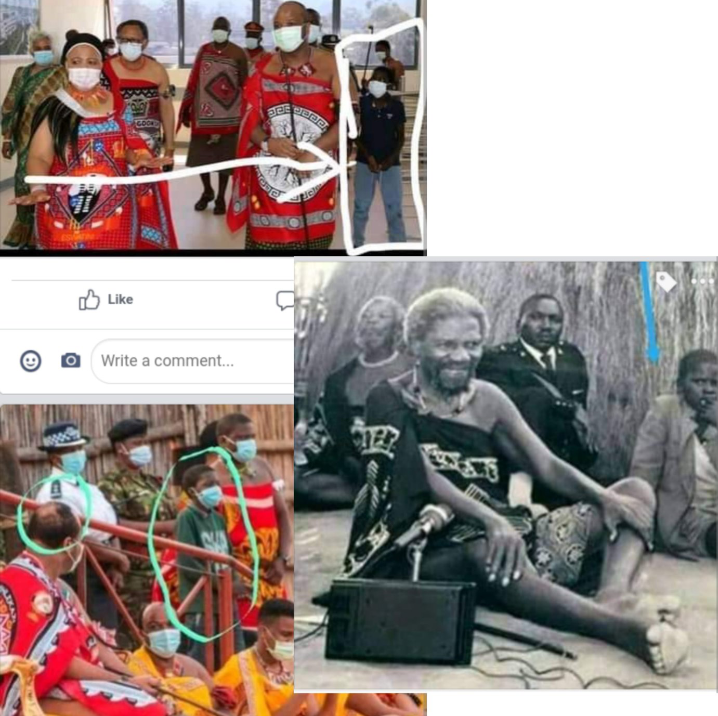 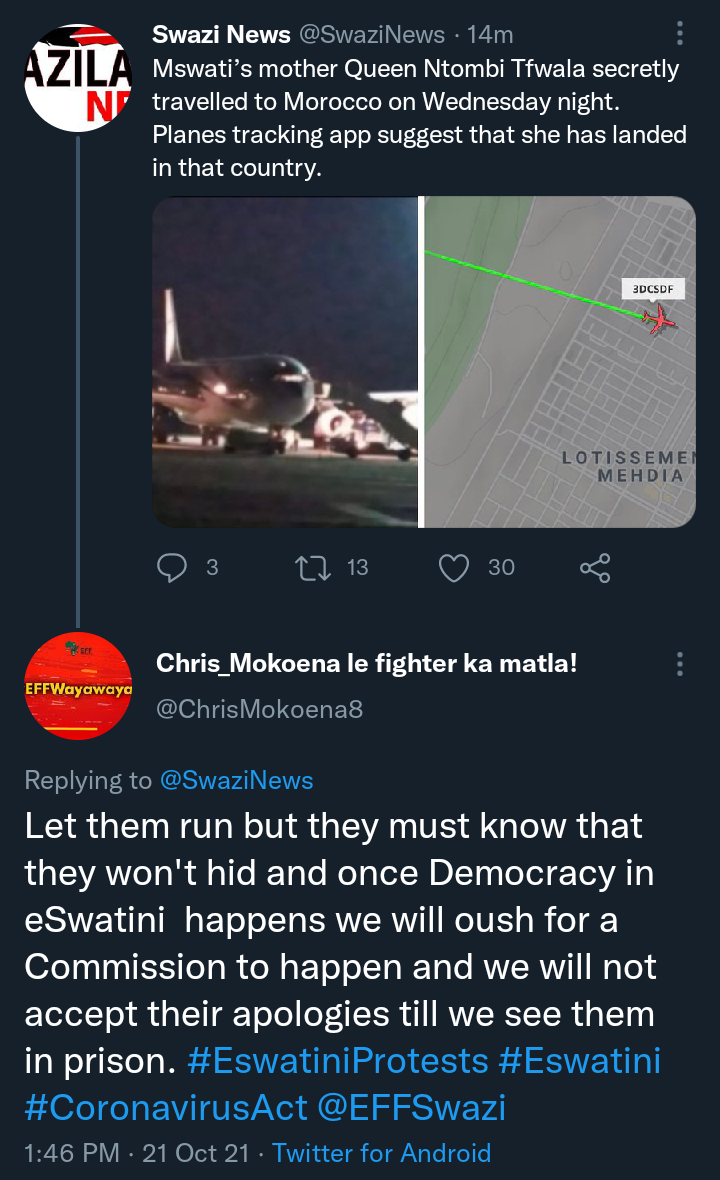 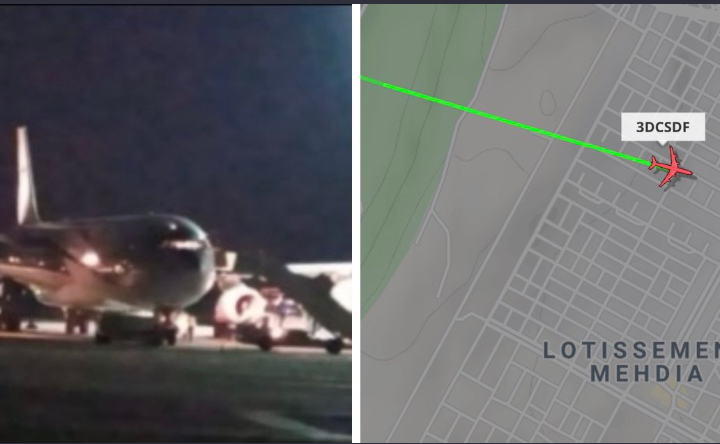 The people of Eswatini are somehow fed up with the excesses of their oppressive government, and they are voicing it out. It was reported this morning that all social media sites in the country have been shut down at the command of the government and network is also affected. This according to the people of Eswatini was put in place to prevent them from communicating with the outside world and from posting pictures of what is happening in the country for the world to see. Furthermore, they say that the royal family can run, but they cannot hide because the blood of the people of Eswatini that were allegedly killed will continue to cry out for justice. The United Nations also released a statement recently, but the government of Eswatini released their information too, countering all that the United Nations general secretary wrote. They deny brutalizing anyone, saying that they will treat law and abiding citizens will respect and dignity but will not condone those trying to foment trouble in the small landlocked country. 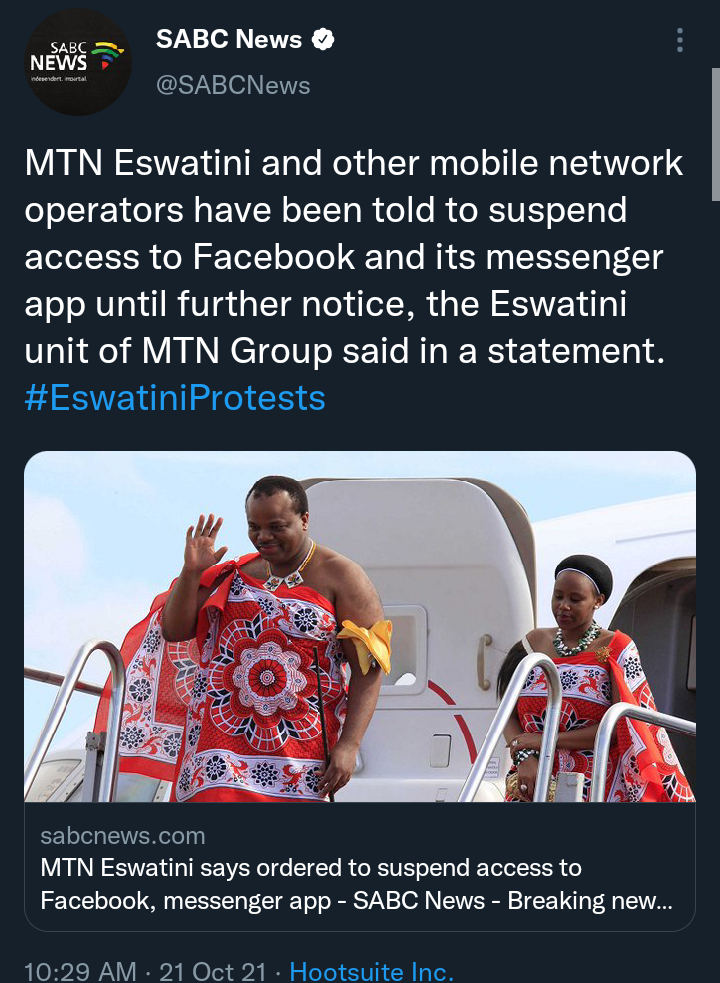 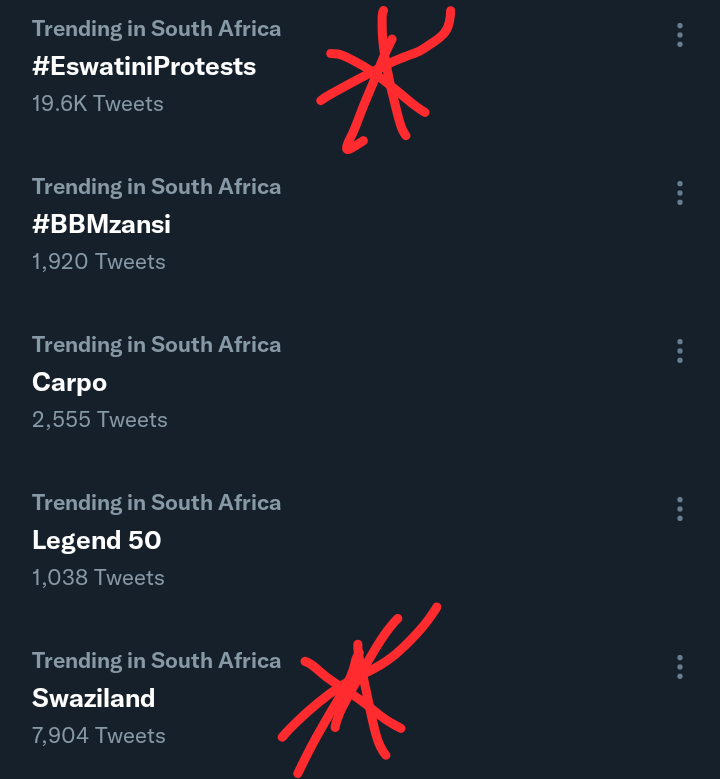 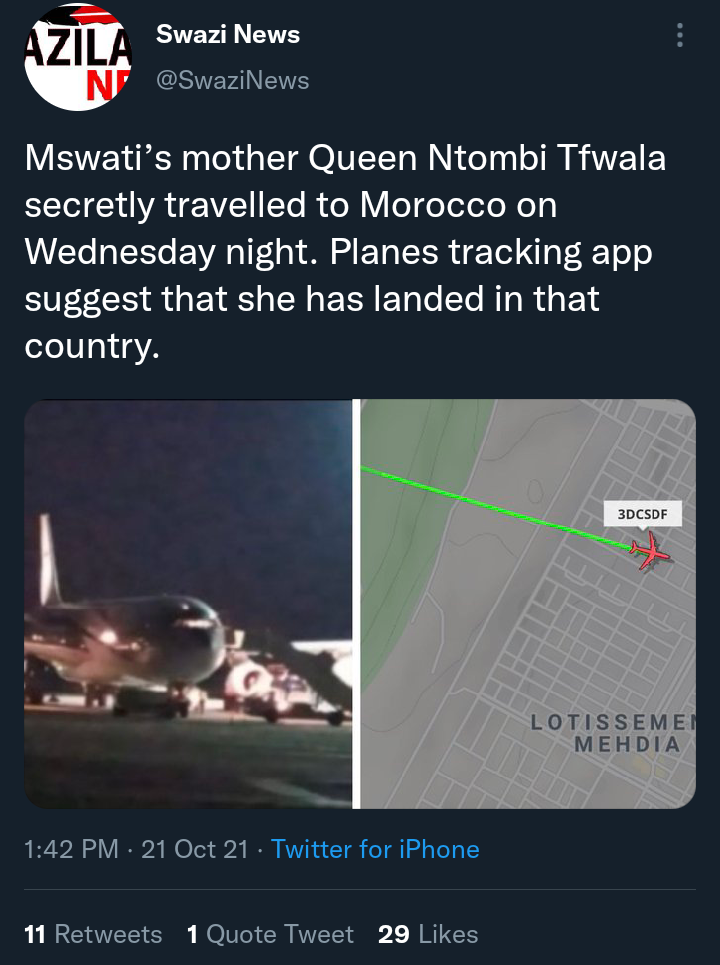 The Economic Freedom Fighters political party are one of those voicing out against the government of Eswatini. Today after the news broke out that the royal family are fleeing the country, an EFF member wrote, “Let them run, but they must know that they won't hide and once Democracy in eSwatini happens we will push for a Commission to happen, and we will not accept their apologies till we see them in prison”. The protest has been trending on Twitter and Facebook for days now, non-stop.

Unexpected | Aka Caused yet another stir on DJ Zinhle's relationship with Murdah Bongz.