By Ungenaphi (self media writer) | 4 months ago

The General Industries Workers’ Union (Giwusa) and Food Allied Workers’ Union (Fawu) are demanding that Clover CEO John Vorster resign. They have accused the dairy giant of stalling before it called an ambulance when striking workers were kidnapped and beaten for hours outside Clover’s premises in Clayville in Olifantsfontein, Gauteng – in full view of the company’s management – on Monday.

The alleged kidnapping and assault took place while striking employees were picketing. Giwusa confirmed that the three workers who were assaulted had sustained serious injuries. According to the unions’ statement, four suspects had been arrested.

“These people suddenly drove out of the Clayville Clover depot at 6pm and hunted down three workers. The gates were opened for them by management. They caught and beat one striking worker just outside and kidnapped another two workers, bringing them back inside the depot and beating them for four hours,” said Giwusa. 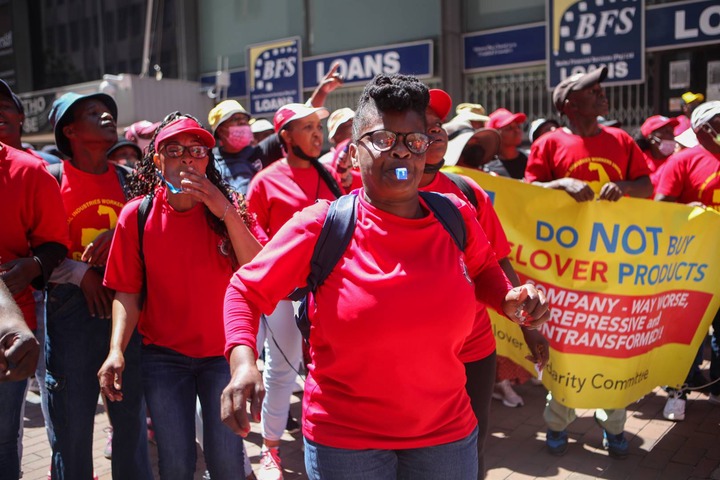 The unions alleged that Clover hired hitmen to attack the employees.

"Of late, the scab labour [workers who refuse to strike and join a union] have been sleeping at the factory and no longer require transport. It appears that Clover is now hiring the taxi drivers as thugs and hitmen to intimidate and attack Clover’s strike,” read the union’s statement.

The legal manager of Clover, Steven Velthuysen, denied that the company was involved in the attack on striking workers. “We want to reiterate that at no time were any Clover employees involved in this incident. The taxi drivers involved do not work for Clover, nor were they under any instructions from us to drive anyone, nor do we pay them,” he explained. 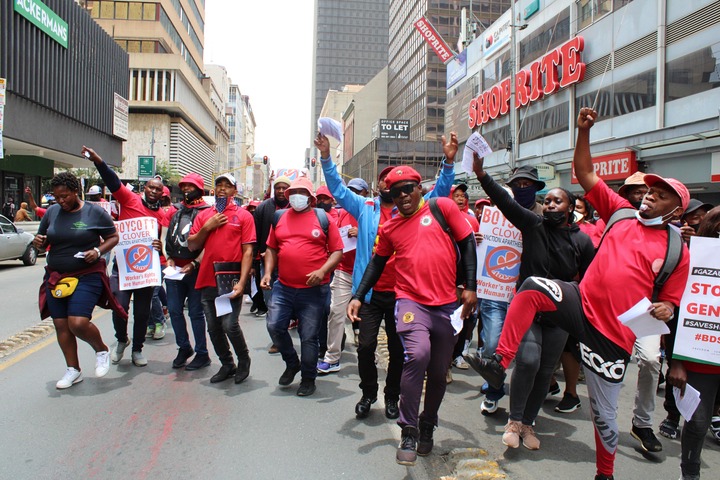 Velthuysen said that the striking workers had started throwing stones at Clover trucks at the Clayville branch. Taxi drivers who transport passengers to and from the area became involved.

“The police were dispatched and we’re reliably informed that two taxi drivers were arrested. The matter remains in the hands of the police,” Velthuysen added. SA Police Service spokesperson Kay Makhubele confirmed that four people had been arrested in this case and that the investigation was continuing. Makhubele said it was too early to confirm who was behind the attack. 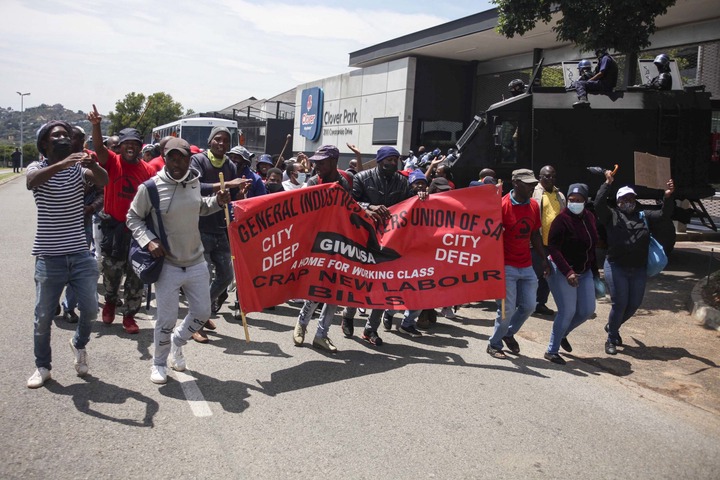 On Monday, Giwusa and Fawu released a statement announcing that Clover was backing down from the large-scale retrenchments it had planned to implement this year.

“Giwusa and Fawu are pleased to announce that the strike at Clover has forced management to back down on the mass retrenchment of workers at City Deep. In the latest section 189, a notice of retrenchment, the company reduced the potential retrenchments from 821 workers to nine workers.”

However, Velthuysen said the unions had misrepresented the facts. Clover maintained that it was not backing down on any plans to restructure the business. “These facts are being wilfully communicated by the unions to serve a particular agenda and aren’t accurate.”