EFF Leader Allegedly Accused Of Raping A Student, EEF Should Be Put On Watch List By SANs #Opinion

EFF leader in Gauteng is Allegedly accused of raping a party female member.

It is my humble opinion that EFF should be put on Watch list by South Africans.

Sunday World a renowned media and news papers outlet in South Africa revealed this facts in its Twitter [email protected] when he said " EFF Gauteng leader accused of raping student". 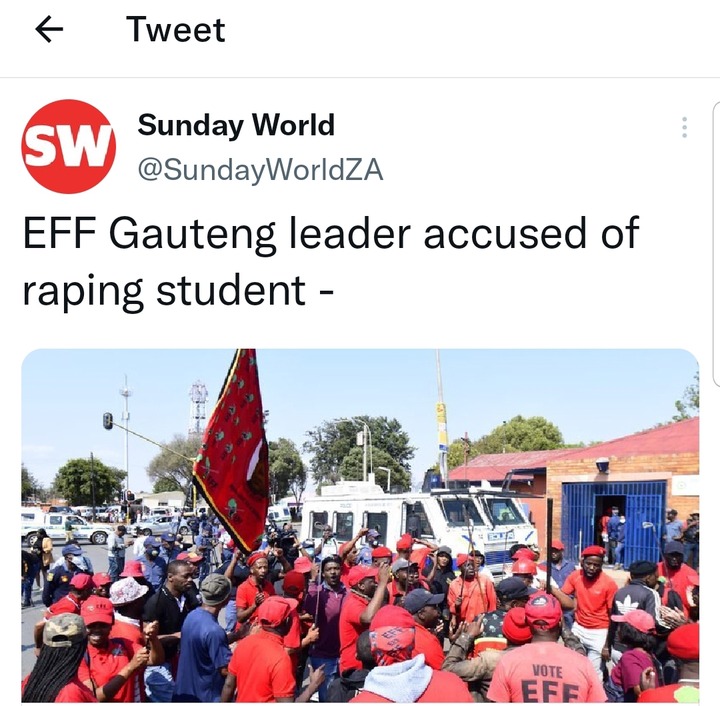 An EFF Gauteng leader has been accused of sexually harassing several of the party’s female student activists and of raping one of them on two separate occasions last year and this year.

The alleged rape victim has since opened a case of rape at the Vereeniging police station, and the case is being investigated.

The sexual harassment victims have filed a complaint against the leader with the provincial and national leadership of the red beret brigade, but have accused them of turning a blind eye to their complaints and of protecting the sex pest 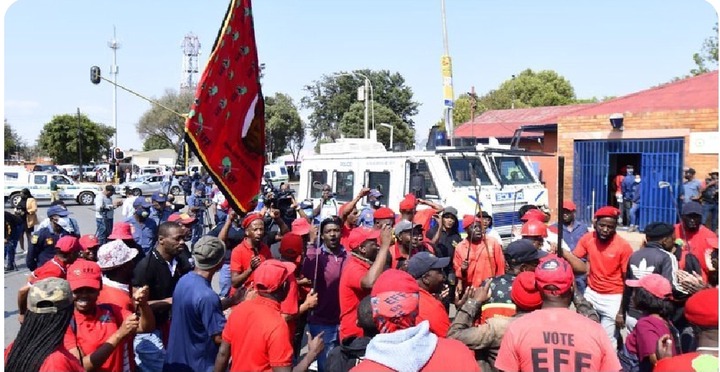 The leader, who is known to Sunday World, cannot be named for legal reasons.

The startling revelations were made by one of the EFF’s female members who did not approve of the leader’s conduct.