Pastor William Emeka was sentenced to 37 years in prison for rape.

By Phillipkitimi (self media writer) | 9 months ago

William Emeka, the pastor of God Is Love Ministries in Bronkhorstspruit, has been sentenced to 37 years in jail by the Gauteng High Court in Pretoria on accusations of several instances of rape and sexual assault involving five members of his congregation. 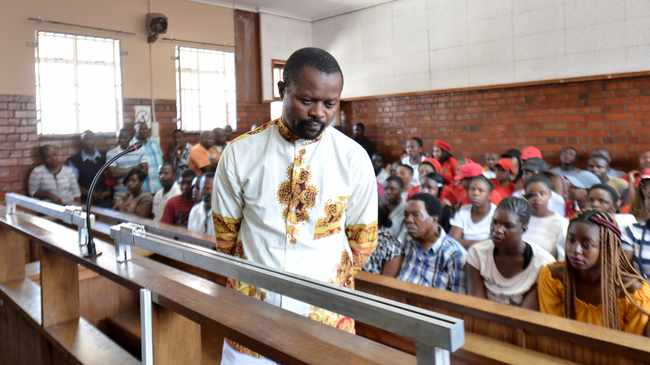 The 48-year-old Congolese's name was put to the National Register for Sexual Offenders by the court. He was also found to be unsuitable to own a firearm.

Emeka was found guilty on 19 charges of rape, three instances of sexual assault, being in the country unlawfully, and having or using a forged permanent residency visa last week.

Between 2015 and 2018, he sexually abused five members of his flock in and around Bronkhorstspruit. The preacher was arrested in 2018 and has been in custody after his bail was refused by the Bronkhorstspruit Magistrate's Court.

Emeka utilized the same method of raping and sexually abusing the ladies, according to National Prosecuting Authority spokeswoman Lumka Mahanjana.

He'd tell them they had a problem and that for him to help them, he needed to pray for them and bless them.

Emeka told one of his victims, who was also babysitting his kids, that sleeping with him was “helping her remove things out of her that were inside her, and until those things were out, she wouldn't be able to conceive.”

Emeka raped his victims after smearing them with anointed oil.

This went on for more than two years, until some of the ladies left the church.

After the rape, one of Emeka's victims became pregnant, but the lady had no way of knowing if the pastor or her husband was the father of her child.

After his victims reported him to another pastor in the church, who urged them to submit the events to the police, Emeka was arrested.

Emeka has maintained his denial that he sexually preyed on any of his congregation members.

Dorah Ngobeni, a state lawyer, stated that South Africa was dealing with two pandemics: Covid-19 and domestic violence against women and children.

The courts needed to act aggressively to address the epidemic of violence against women and children, she added.

Ngobeni testified in court that Emeka's congregation trusted and confided in him as a pastor. According to her, he utilized that information to prey on them in order to conduct sexual acts on them.

Meanwhile, the sex trial of Bishop Bafana Stephen Zondo, the controversial head of the Rivers of Living Waters Church, is slated to begin on November 15 in the high court and is likely to run until November 26.

Zondo is anticipated to enter a not guilty plea to ten counts, the most of which are sexual in character. The alleged victims are scheduled to testify behind closed doors.