Julius Malema only condemns racism only when it suits him: Opinion

The issue of racism in South Africa is a burning issue at this time. We are now about to go to the local government elections and all of the sudden, racism is currently at the center of everything. 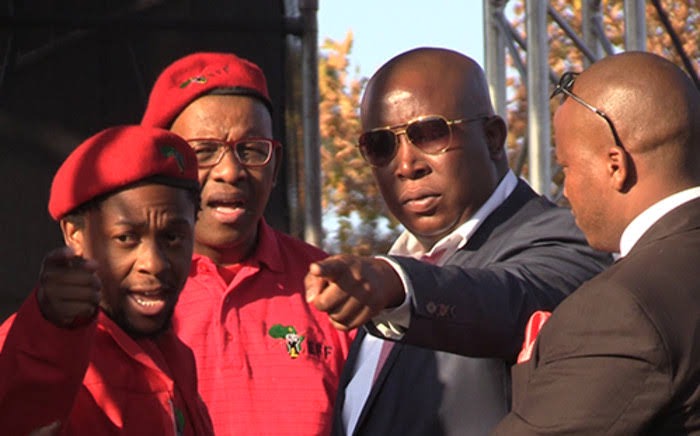 We know that the leader of the EFF Julius Malema is someone who is very vocal about racism and he always says that it must be dealt with accordingly. However Julius Malema has been very quite about what is happening between Nandos and Gareth Cliff. Nandos has terminated their sponsorship to Gareth Cliff's show and this was after the accusations that Cliff was racist on his show. He dismissed one of his guest's opinion and he did not even give them a chance to freely express their views.

Gareth Cliff seems to think that racism is not important in the context of local government elections but when you think of it, it was the DA who started the race card with their poster in Phoenix. If he wanted to dismiss the race issue, he really should have started with Steenhuisen and then we would have understood when he says these elections are not about race matter.

We know most Nandos employees are illegal immigrants while South Africans are out there jobless only waiting to receive the R350 grant. He is only worried that if Nandos close shop, most of his sister and brothers will be without jobs. It seems Malema only condemn racism when it suit him.

4 South African Celebrities Who Would Have Made Beautiful Models

Moroka Swallows has sent packing all their coaching staff| Who could be their next coach ?