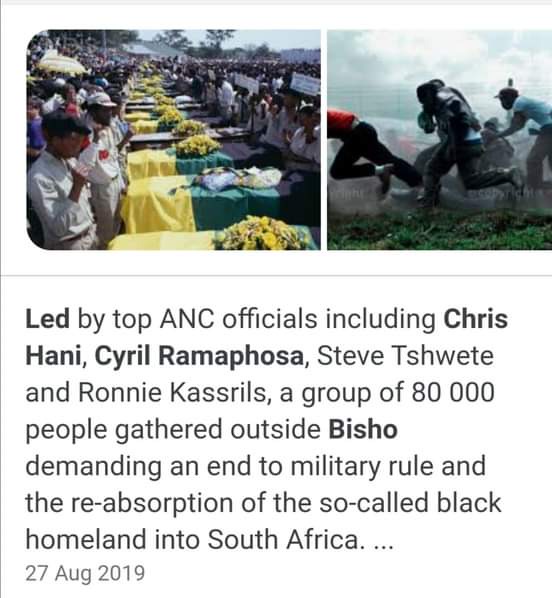 how does apartheid struggle credentials helps us now? We keep on fighting for nonsense instead of uniting ANC members.

Most people who really fight for our freedom do not know the taste of freedom, they were killed in the line of duty to liberate South Africans.

And their contribution in fighting apartheid government will never be the same. Going to exile or being prisoned in Robben Island are not only the credentials.

At a time when the country was in mourning for those killed in the Boipatong Massacre of 17 June 1992, the Bisho Massacre added to the bleak political situation in South Africa. The massacre took place on 7 September 1992 in Bisho, then the capital of Ciskei (an independent homeland or Bantustan), amid tense negotiations between the African National Congress (ANC) and the South African government under President FW de Klerk.

Prior to a planned protest march on Bisho, the ANC sent a memorandum to the government requesting that the regime of military leader Brigadier Joshua ‘Oupa’ Gqozo be replaced by an interim administration that would allow for democratic reforms in Ciskei. This was rejected by President de Klerk on the grounds that Ciskei did not fall under South Africa’s jurisdiction. The ANC retaliated by organising a mass protest march on Bisho with the aim of ousting Gqoza.

Led by top ANC officials including Chris Hani, Cyril Ramaphosa, Steve Tshwete and Ronnie Kassrils, a group of 80 000 people gathered outside Bisho demanding an end to military rule and the re-absorption of the so-called black homeland into South Africa. When the marchers tried to cross Ciskei Defence Force lines from Transkei to enter Bisho, Gqozo’s soldiers were instructed to open fire. 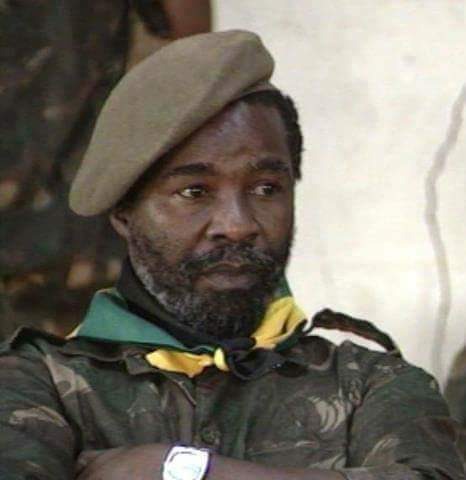