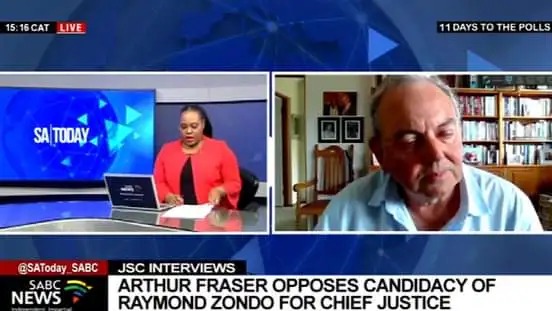 You say Arthur Fraser can be in contempt of court, based on what?

DCJ Zondo will let it pass as it won't make a difference in the decision. Fraser can't rubbish judges

Judges were questioned during Pres Zuma. Who's views are allowed?

As a member of the Chicago Seven, Hoffman was charged with and tried for conspiring to use interstate commerce with intent to incite a riot and crossing state lines with the intent to incite a riot under the anti-riot provisions of Title X of the Civil Rights Act of 1968.  Five of the Chicago Seven defendants, including Hoffman, were convicted of crossing state lines with intent to incite a riot;  all of the convictions were vacated after an appeal and the U.S. Department of Justice declined to pursue another trial.  Hoffman, along with all of the defendants and their attorneys were also convicted and sentenced for contempt of court by the judge; these convictions were also vacated after an appeal.

Hoffman continued his activism into the 1970s, and remains an icon of the anti-war movement and the counterculture era. He died of a phenobarbital overdose in 1989 at age 52.

I think This is a politician masquerading as a lawyer. Hoffman is a known right-winger who has no interest in the emancipation of people with darker complexion. He sees his colour as a badge of hnour. He is one of those 'baaskap' people who believe that when a white master speaks a k*ffir should listen. 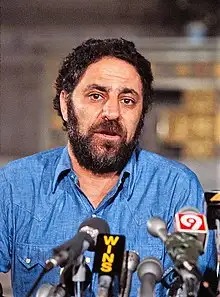