Many are questioning the anomalies about the dates of the Western Cape selected Judge advocate Daniel Thulare and qualifications into the Judiciary.

Judge Thulare has been nominated for a position in the Western Cape High Court Bench. Thulare was first appointed as a magistrate in Johannesburg in 2000 when he had just a junior BJuris Degree. The South African Judge requirements for magistrates need the candidates to possess an LLB degree. After acquiring this degree the candidate attorneys must serve articles between 12 months and two years. But in some cases, the candidate attorney can do articles before getting an LLB degree. Three years is suggested with a B-Juris degree. 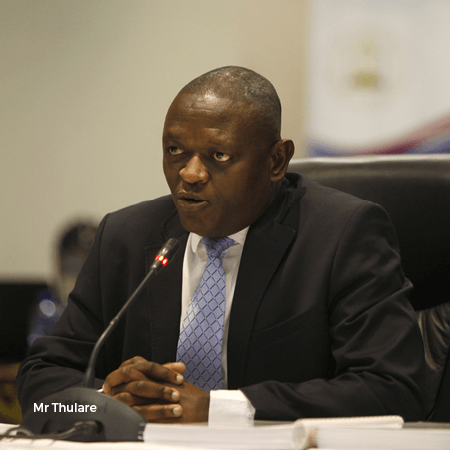 As per Thulare, he said he began his articles back in 1999, the same year when he was appointed as an acting Judge on his probation year. He was appointed permanently in 2000 and thus when he was registered with UNISA for his LLB degree. Any candidate in possession of BJuris can only work as a State prosecutor. On His CV submitted to JSC, Deputy Chief Justice Raymond Zondo questioned him on his interview which was scheduled for the 8th of October. It said that Thulare served an article from 1996 - 1999 with a firm in Nigel, Du Preez & Nkosi Incorporated.

Thulare then told the Deputy Chief Justice that it was an error but he worked as a prosecutor during that period in 1998. He worked as a public prosecutor before serving his articles. According to sources if he did his articles with B-Juris before doing his LLB that would have taken him to complete until 2001. Zondo uncovered also that Thulare has his first job as a court interpreter between 1991 and 1996. Thus when Thulare responded and said he decided to do his articles after that, which was supposed to take him through to 2001 that will be equal to the five-year article as required.

Thulare listed his degrees as BJuris, a bachelor of Law ( LLB) and a Master of Laws ( LLM) all acquired at UNISA. As for his LLB, he obtained it in 1998. Before his permanent appointment in 2000, he worked as an acting magistrate in 1999 after obtaining his LLB. Before that, he was a State prosecutor with three years as a district court prosecutor under his experience. As much as Thulare told Zondo that he worked during the day and studied at night Zondo described his obtaining of his qualifications as remarkable and responded with a Thank you. The anomalies and confusion around the dates have raised questions.